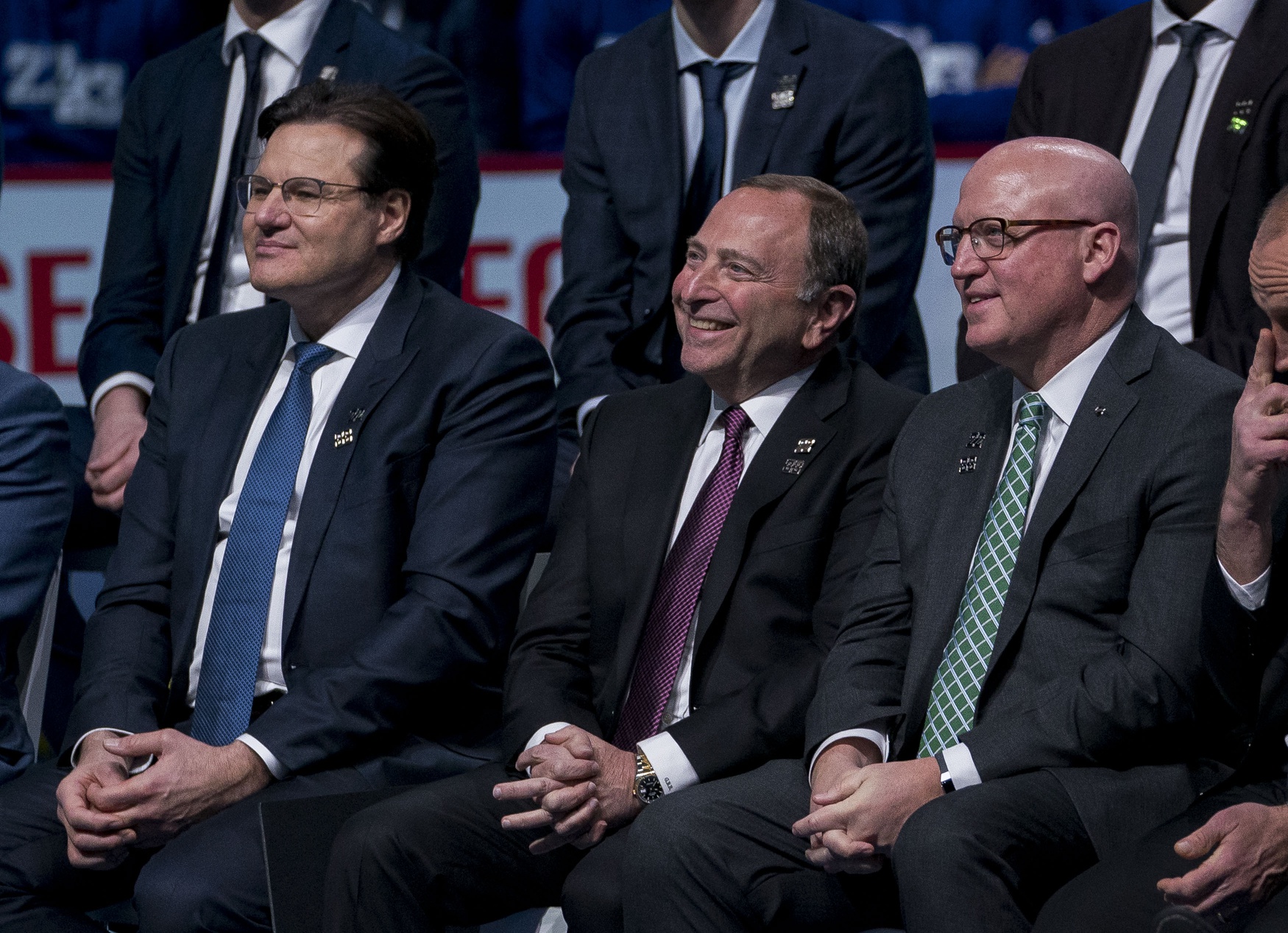 For the first time since the NHL’s March 12th pause, the league and NHL Players Association provided a status update on the 2019-20 season Wednesday after their return to play committee meeting.

The statement provides an update on recent speculation regarding a decision on the NHL’s transition into Phase 2, where players may return to small group activities in NHL club training facilities.

“Despite numerous reports and speculation over the last several days, the NHL and the NHLPA have not made any decisions or set a timeline for possible return to play scenarios.”

The NHL and NHLPA have confirmed that they are looking into the next step but remain undetermined on a set date where they can officially transition to Phase 2. The hope is for this to happen in the latter half of May.

“Given recent developments in some NHL Clubs’ local communities, we are now looking ahead to Phase 2 of the transition period that would follow the currently recommended Phase 1 period of “self-quarantine” by Players and Hockey Staff,” the statement reads.

“The precise date of transition to Phase 2, during which Players might return to small group activities in NHL Club training facilities, remains undetermined. However, provided that conditions continue to trend favorably – and, subject to potential competitive concerns as between disparately situated markets – we believe we may be able to move to Phase 2 at some point in the mid-to-later portion of May. Specific guidelines governing Player and Hockey Staff activity would be provided at that time. In the meantime, we expect Players and Hockey Staff to continue to adhere to the recommended guidelines put in place when the season was paused on March 12.”

Reports began to circulate after the NBA announced an early May return to individual training in NBA club facilities on Friday.

Earlier on Wednesday, Frank Seravalli of TSN reported that in a memo to players and teams the NHL says it “may be able – provided we continue to trend favorably” move to Phase 2 and open facilities in “mid-to-later portion of May.” Players currently outside of club city should “consider whether to plan to return to their Club cities.“

The return to play committee will continue to meet regularly.