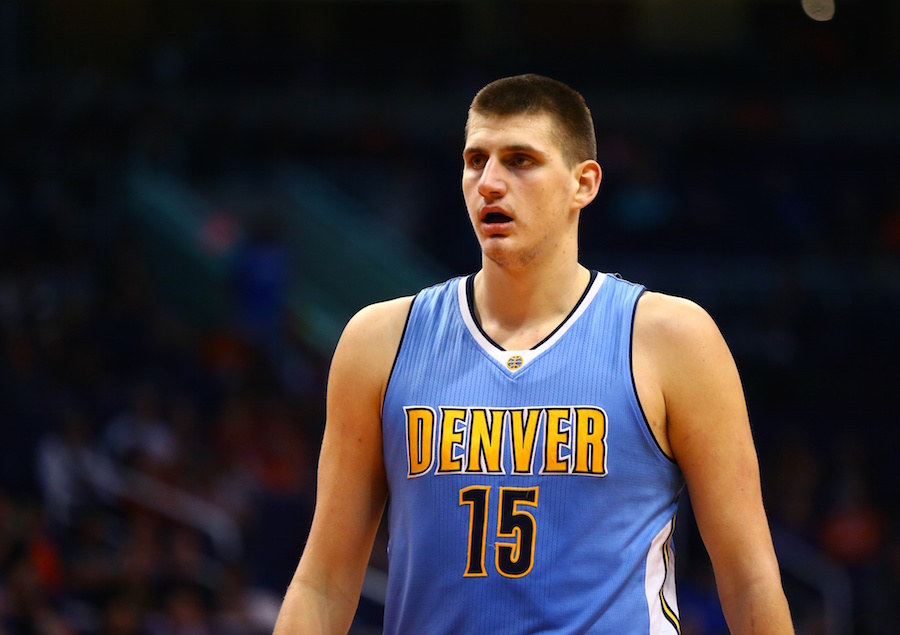 Nikola Jokic is a superstar, and the Nuggets are doing him dirty.

It’s one thing to lose; it’s another thing to lose when your best player, your budding superstar, is shunned to the bench, playing 23 minutes a game in favor Jusuf Nurkic, who has the second worst net rating of any starting center in the NBA.

That’s about as absurd as the Timberwolves starting Adreian Payne over Karl-Anthony Towns because Payne wants to start and Towns is too nice to say no.

Because that’s exactly what’s happening in Denver. Nobody, no stat, no metric, no nuthin’ says Nurkic is a better player or prospect than Jokic, but he’s starting because the Nuggets know he’ll huff and puff his way towards a cancerous locker room if he’s benched.

If Malone, a grown man and NBA head coach, can’t tell a 21-year-old kid to sit his butt down on the bench because he’s the anchor on the worst starting lineup in the NBA, then what can he do?

And again, and I can’t stress this enough, Jokic isn’t just another prospect. He may not look it — goofy is probably the best adjective to describe his appearance and demeanor — but Jokic is legitimately great.

On the season, he’s averaging 11 points, 7.3 rebounds and 2.9 assists per game, but that doesn’t even begin to tell the whole story. If you want to understand Jokic’s impact, you have to keep in mind two factors: (1) He spent the first month of the season playing out of position at power forward next to Jusuf Nurkic, which did not work, and (2) he’s still playing under 24 minutes a game.

It’s a small sample size, but in Jokic’s last four appearances, in which he’s played 25.4 minutes a game (better, but still not enough), he’s averaging 18.0 points, 9.8 rebounds and 3.5 assists.

To understand how effective Jokic is on a per-minute basis, though, it’s best to look at his per-36 numbers, and they’re beyond impressive. There’s only one player in the NBA who can match his 16.5 points, 11.0 rebounds and 4.4 assists per 36 minutes … MVP frontrunner Russell Westbrook.

That’s no surprise for Westbrook, who’s averaging a triple double this season, but for Jokic — a second-year center who most casual fans couldn’t pick out of a lineup — it’s insane. In fact, there are only four centers in NBA history to put up those numbers: Wilt Chamberlain (twice), Kareem Abdul-Jabbar (twice), Bill Walton (twice) and Neal Walk.

Please, let that sink in.

The Denver Nuggets have a 21-year-old that is sharing a five-man list with guys like Kareem and Wilt, and they’re benching him for Jusuf Nurkic.

Excuse me if I’m a little frustrated.

There’s no reasonable explanation for why Jokic is only playing 24 minutes a game coming off the bench. None. Zero, zilch, nada. He truly is a superstar in the making, he’s already one of the most well-rounded players in the NBA and it’s an absolute shame that this organization is treating him so poorly.

The Denver Nuggets are currently 9-15, with all hopes of a postseason appearance slipping away, but if this 24-game stretch has taught us anything, it’s that Jokic, along with Jamal Murray, is the future of this team.

So, Malone, can we please start treating him like it?