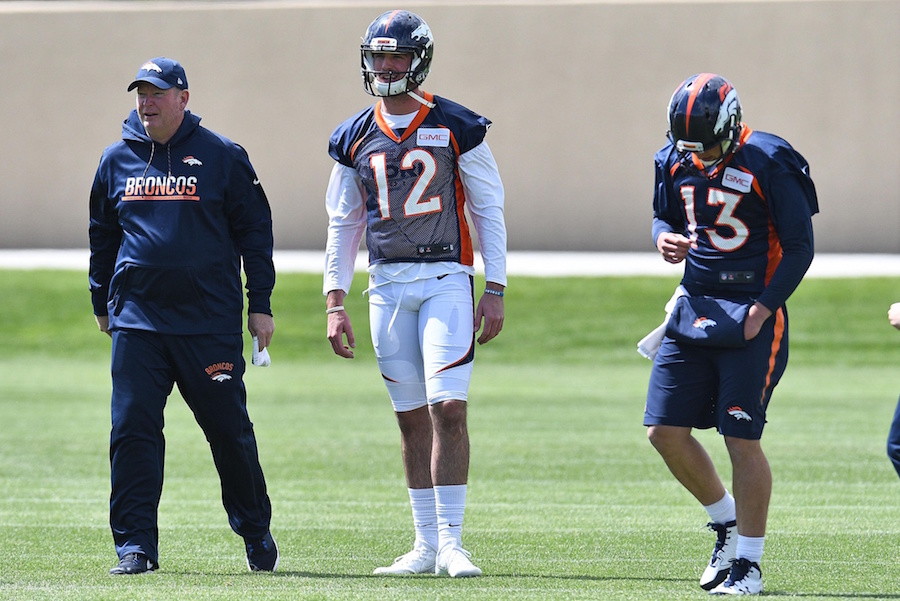 It’s hard enough to win a starting quarterback position in the National Football League. For Trevor Siemian and Paxton Lynch, going up against the top-ranked passing defense on a daily basis can’t make it much easier.

The Denver Broncos are coming off their second straight season as the No. 1 passing defense in the NFL. As Lynch and Siemian battle it out for the starting position, they’ll have to prove they can play against the best of the best.

“They’re competitors,” Lynch said on Tuesday about the Denver secondary. “They’re out here playing football, but that’s how I like it.”

Even though the two are competing against the NFL’s premier secondary, head coach Vance Joseph doesn’t believe that the Broncos’ defense will play too much of a role in deciding who the starter will be.

“It’s just practice,” Joseph said on Tuesday. “They’re playing against the same players every day so if one guys is playing better than the other, he’s obviously outperforming that guy. Defense is really irrelevant to this competition.”

While Joseph says the defense is irrelevant to the quarterback competition, second-year quarterback Paxton Lynch believes the going up against the “No Fly Zone” on a daily basis only benefits his game.

Like Lynch, third year quarterback Trevor Siemian believes that facing the Broncos’ defense only helps them both get better.

“I think we’re lucky to go against those guys every day,” Siemian said. “Even though we don’t have pads, you feel those guys breathing down your neck almost every rep. It’s good work for our offensive line, and for us getting a feel for moving around when we have to. We’re buying time and working snap counts, which you have to do against this group or else they’ll eat you alive. It’s great practice for us and everybody else.”

To be the best you have to beat the best, and beating the Broncos’ defense isn’t easy for anyone. For Lynch, it’s important to keep things in perspective as he takes on the defense every day.