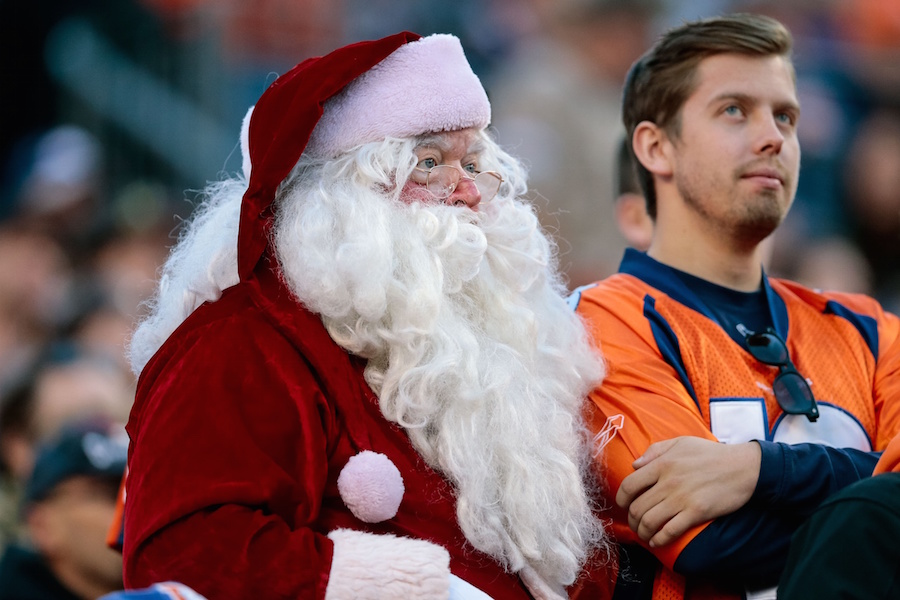 Did Vance Joseph save his job against the Jets?
I hope not. I can’t take another year of this.

What do you suppose John Elway is asking for from Santa?
A franchise quarterback, more guys like Mike Klis (and less like me) and a time machine, so he could go back and tell his younger self not to draft any quarterbacks. Get to work, elves.

If you were a Denver Nugget, do you think you could score two points in eight minutes?
I’d like to think so. But then I remembered that my vertical nowadays is measured in millimeters. They should be able to, though.

Are the Avs ultimately going to be what we thought they were going to be?
“We” meaning, me, you and Super Joe? Well, I’m not really sure there’s a consensus there. Unless you’re referring to “mostly Canadian” of course, in which case we’d all be right.

Do you still have your Chris Iannetta jersey?
It’s hanging between Marco Scutaro and Miguel Olivo in my closet.