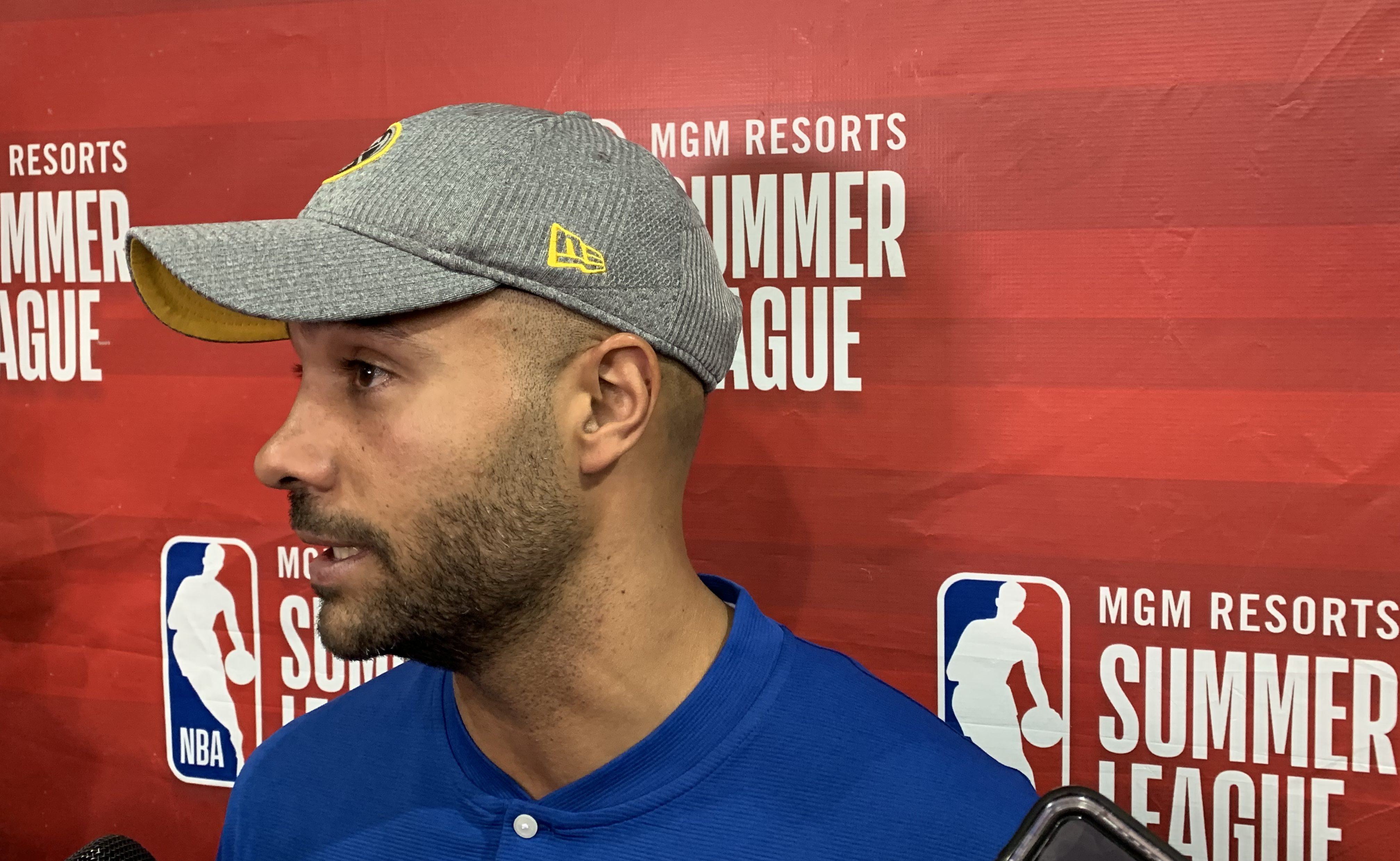 The Denver Nuggets suffered their first summer league loss on Tuesday as the Boston Celtics walked out of Cox Pavilion with an 95-82 victory.

With the loss, Denver falls to 1-1 in summer league with a chance to rebound when they face the Golden State Warriors tomorrow night — July 10th — at 8:30 pm MST. That game will be televised on ESPNU.

As for Tuesday nights game, the Nuggets faced a very good Celtics team that featured Grant Williams, Carsen Edwards, and Tacko Fall. Brandon Goodwin opened the scoring for Denver with a three-pointer, but the Nuggets as a team struggled to score early on.

Denver had just five points in the opening five minutes of the game, which allowed Boston to hold an early 8-5 lead. Since their offense was not clicking early on, it forced the Nuggets to play solid defense, which worked in the first quarter.

At one point in the opening period, the Nuggets held Boston scoreless for three minutes straight, but it did not matter as Denver just could to score. Because of that, the Celtics led 16-12 as the Nuggets shot just 25 percent from the field in the opening quarter.

Luckily for Denver, the Celtics struggled just as much to score in the first quarter as they did, which allowed the Nuggets to still be within striking distance to start the second period.

The Nuggets found their offensive rhythm to start the second quarter, which allowed them to take a 1-point lead — their first of the game — with just over five minutes left in the half. Boston quickly reigned the lead courtesy of some buckets by Edwards as the two teams continued to go back and fourth.

Edwards was just getting started as he poured in 15 first half points en route to giving the Celtics a 42-35 lead through two quarters of play. At the break, Goodwin led the Nuggets offensively with 14 points on 4-of-9 shooting from the field. Thomas Welsh also had a strong first half for Denver as he chipped in seven points and hauled in four rebounds.

It was more of the same for Denver to begin the third quarter as they struggled to score offensively, which allowed Boston to extend their lead. The Nuggets desperately needed a spark and they got that from Jarred Vanderbilt courtesy of a slam dunk and three-pointer.

Vanderbilt scored seven points in the first five minutes of the period, which allowed Denver to cut Boston’s lead to 4-points with 5:12 left in the third quarter. The Nuggets started to put everything together offensively and former Northern Colorado Basketball star — Jordan
Davis — was a big reason why.

Davis scored seven points in the third quarter, including five straight to tie the game with two minutes left in the quarter. Denver was able to build on that as they ultimately won the third quarter 27-19 and took a slim 62-61 lead into the final 10 minutes of play.

Things quickly took a turn for the worst though as the Celtics opened the fourth quarter on a 13-0 run and suddenly held a 12-point lead. Boston was suddenly making every shot they attempted and the complete opposite was happening for Denver. With the momentum back on their side, the Celtics dominated the final quarter and ultimately captured a 95-82 victory.

Other stats of note came from Vanderbilt, who recorded a double-double of 12 points and 12 rebounds in his best performance of summer league. Davis also had a big game off the bench with 10 points, while Vlatko Cancar turned in a strong night with eight points.