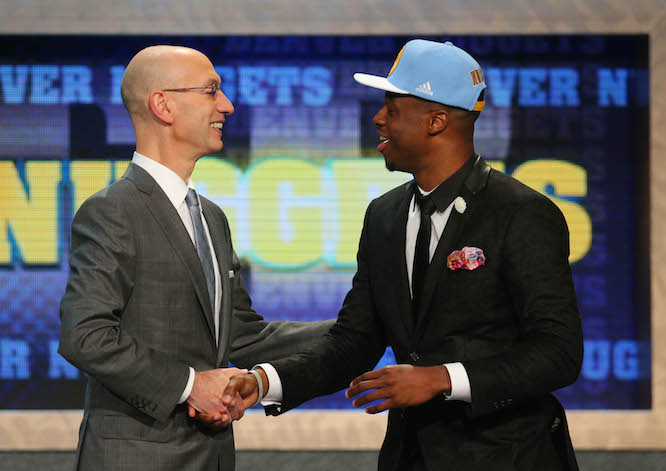 Hey, Nuggets Fans! Are you excited to see your future star point guard, Emmanuel Mudiay, suit up for the first time at the Pepsi Center?

Denver will be matched up against the Phoenix Suns on Friday night for their only home preseason game of the season — they played the Bulls up at the Coors Event Center in Boulder — and the team has made the decision to give the spry 19-year-old some rest.

Really, Nuggets? Your fans finally get the opportunity to watch the most exciting draft pick since Carmelo Anthony and you’re going to rest him?

Maybe it is just the preseason, but those tickets still cost a pretty penny. Unless Mudiay is injured, he should be out there. If there’s any player in this league who doesn’t need “rest,” I’m guessing it’s the teenage super-athlete, Emmanuel Mudiay.