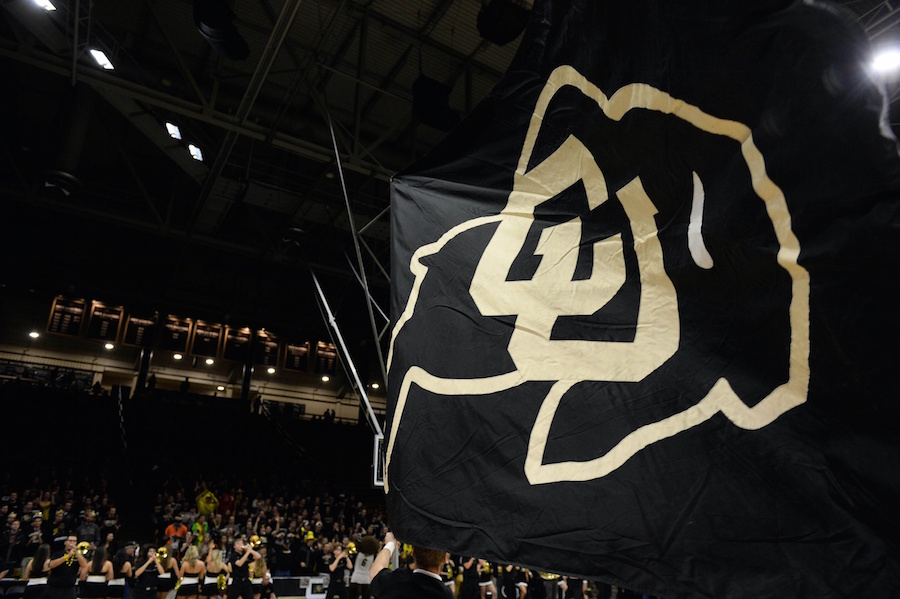 The Colorado Buffaloes (8-3) outlasted the South Dakota State Jackrabbits (9-5) 112-103 in double overtime on Friday night at the Coors Event Center. It was just the first time CU has scored 100 or more points since their win over the #10 Oregon Ducks in January of 2014. The 112 points represent the most a Buffs team has scored in the Tad Boyle era.

Colorado was once again led by outstanding freshman point guard, McKinley Wright IV who came up just one rebound shy of a triple-double. ‘Kin’ posted career-highs in minutes, points and assists on the evening with 30 points, nine rebounds, and 11 assists in 40 minutes.

Following a much better start then they had in their previous game, a loss at home to the San Diego Toreros, the Buffaloes had a seven-point lead at halftime, 43-36. In the second half of regulation both teams caught fire from the field. Combined, the squads made 35 of 64 field goals while both shooting over 53% from the floor and 50% from behind the three point line.

Nearing the end of regulation, Colorado was up by two points, 86-84. With under one minute to go, Buffs’ freshman swingman Lazar Nikolic fouled out, contacting the 2016-2017 Summit League Player of the Year, the Jackrabbits’ Mike Daum as he tried a layup. Damm made both clutch free throws and McKinley Wright IV missed a jumper on the other end as time expired, sending the game into overtime.

Several minutes into the first overtime period, it appeared the Jackrabbits had taken control. They were up by six, 94-88, with two minutes to play. However, CU never gave in.

Wright IV led the charge back as he came down the floor on the ensuing possession and nailed a midrange, fadeaway, pull-up jumper followed by a tough floater the next trip down to cut the six-point deficit to two. After a missed Jackrabbits’ shot with the clocking running down, Wright IV led CU’s transition offense. He  found George King with a pass at the free throw line, who then fed a backdoor-cutting Deleon Brown whose layup tied the game, 94-94. The Jackrabbits did have a chance to win the game at the end of the first overtime but David Jenkins missed a three-pointer. Colorado clawed back and forced a second overtime session.

Dealing with foul trouble and trying to end their home non-conference slate with a win, the Buffs tightened up and put away South Dakota State from tipoff in the second overtime. Wright IV and fellow freshman Tyler Bey combined for 17 of the Buffs’ 18 points in double-overtime and CU was finally able to close out the pesky Jackrabbits.

Bey finished with a career-high 26 minutes, 12 points and nine rebounds and was critical in slowing down Mike Daum. Daum finished with 37 points and 12 rebounds, but was limited to just four points on two of six shooting in 10 overtime minutes.

Colorado will wrap up their non-conference slate on Friday, December 22nd from the Sanford Pentagon in Sioux Falls, South Dakota, where they will take on the Iowa Hawkeyes (5-6) in a semi-neutral site venue. The pentagon is less than a six-hour drive from Iowa’s campus. It is the 12th and final non-conference game for the Buffs before they take begin Pac-12 Conference play.