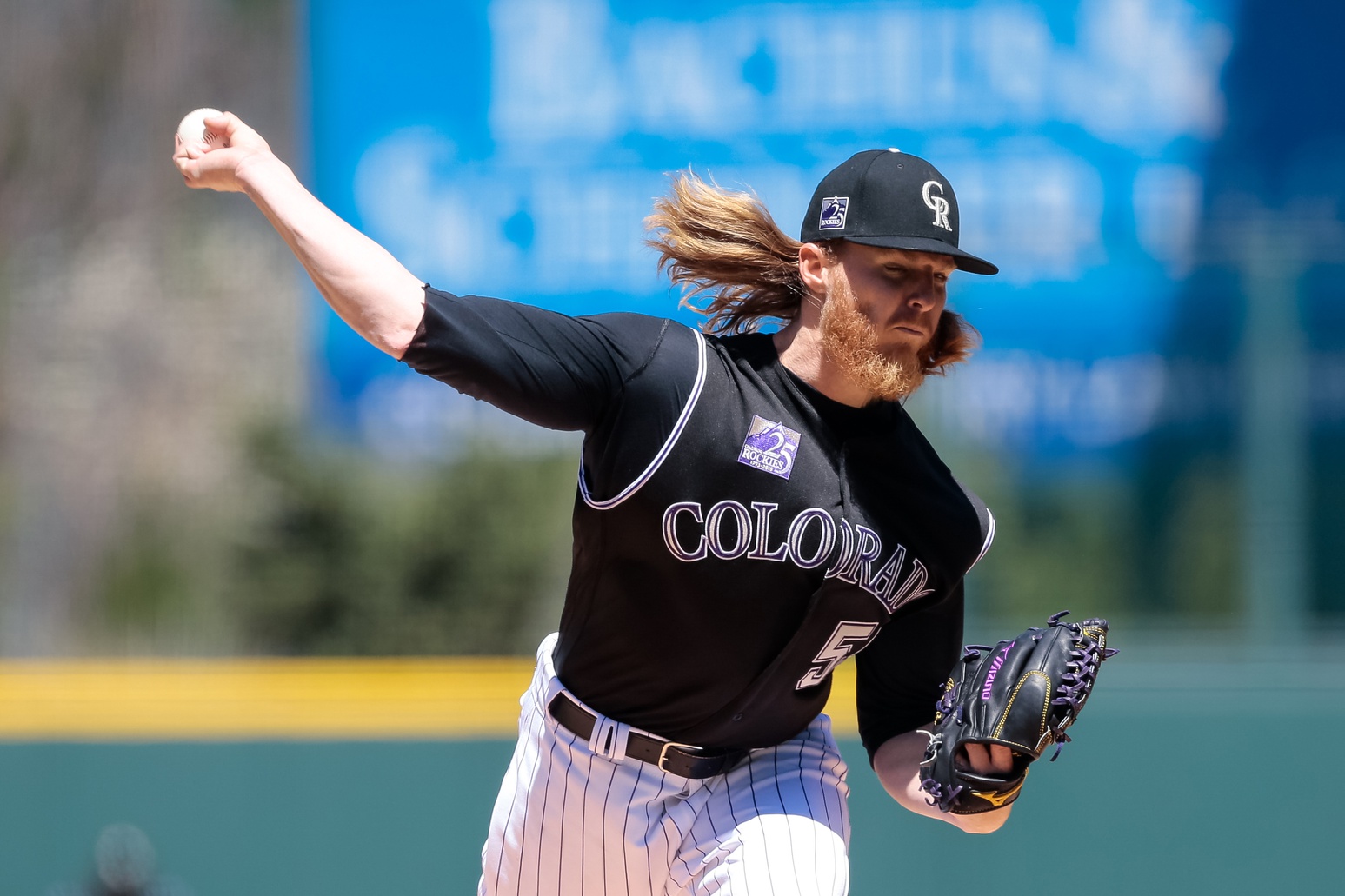 Gray entered Wednesday in need of a deep outing as he’s struggled out of the gate in 2018. Over his previous three starts, Gray was 0-3 with an ERA of 10.34, but had a strong showing on the mound against San Diego — logging six scoreless innings, allowing three hits while striking out 11 batters.

The Rockies scored quickly once again, netting their first run of the game in the second inning after stringing together a couple of hits. Shortstop Trevor Story reached base on an infield single to leadoff the inning. Story advanced to third on a single hit to right field by Ryan McMahon, then scored on an RBI single to left field hit by catcher Tony Wolters.

Colorado added three runs in the second inning. After Padres starter Tyson Ross issued back-to-back walks to Charlie Blackmon and Nolan Arenado to begin the inning, outfielder David Dahl, who joined the team over the weekend, ripped a triple to deep right field, scoring two runs. From there, Story hit a sacrifice fly to score Dahl and give the Rockies a 4-0 lead.

Dahl has helped provide offense for Colorado since being called-up, owning a batting average of .313 while being inserted into the heart of the Rockies lineup, as he hit fourth Wednesday.

The Padres lone run of the afternoon came in the seventh inning when Manuel Margot hit a sacrifice fly to center field scoring Franchy Cordero off the arm of relief pitcher Bryan Shaw.

Colorado managed to get the run back as they added a run in the bottom of the 8th inning when Wolters hit a sacrifice fly to score Ian Desmond.

Closer Wade Davis surrendered a run in the 9th inning, but no more as he proceeded to secure the win for Colorado.

The victory crowned the Rockies victors in their three-game set against the Padres and bumped their record up to 14-12 on the season. Colorado finished their six-game homestand with a record of 3-3

The Rockies are off Thursday before starting a three-game series in Miami against the Marlins on Friday. Tyler Anderson is scheduled to square off against Jose Urena with first pitch set for 5:10 MST.