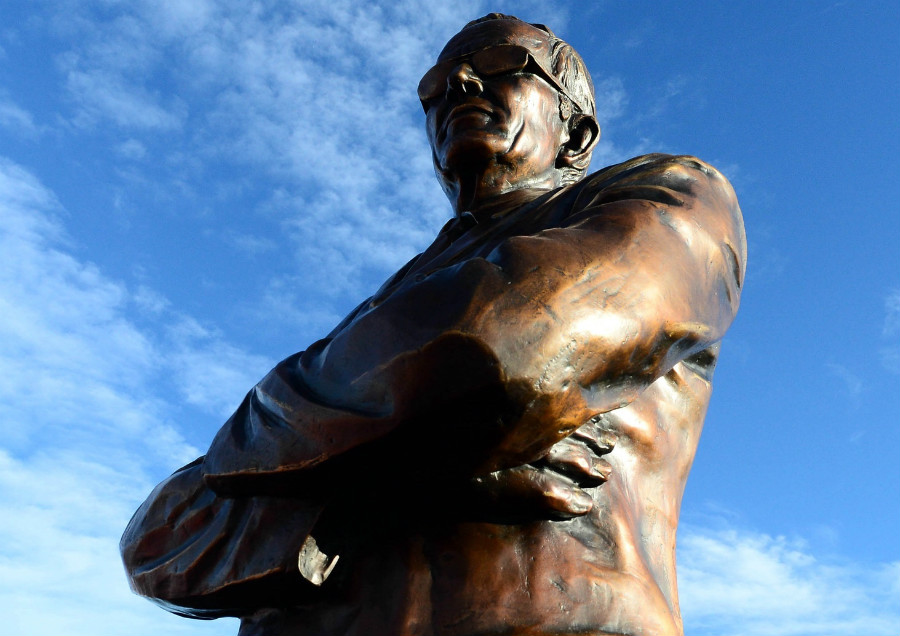 The biggest event on America’s calendar Sunday pits two great teams against one other for ultimate supremacy, glory and historic achievement. The winner will go down in history as Super Bowl 50 champions, while the other will fade into obscurity. Yet on some level, one that many competitors and Americans may be reluctant to accept, both team’s owners are champions. They are so because they have led by a simple principle: Invest in good people, encourage their efforts and success will follow.

The architects of the Carolina Panthers and the Denver Broncos, Jerry Richardson and Pat Bowlen respectively, have done just that. One owner created a franchise and the other resurrected and reinvented one; both, while on different but parallel paths, used the same principles and ideals to meet in Super Bowl 50.

“He’s a very principled person. He believes there is a right and wrong way to do things. He is never going to sacrifice or throw away his morals and the way he wants to do things for any reason and I think you can’t help but respect a man like that,” Panthers tight end Greg Olsen said emphatically in reference to Richardson Wednesday. “I think there are a lot of times that people say coaches and owners care about their players, and I think some do. I don’t have any reason to believe they don’t, but he for sure does. He has proven that year after year, example after example,”

Richardson, only the second former player after Chicago Bears former owner George Halas to go on to own a team, founded the Panthers in 1993. A native of the Carolinas, he used a “hands on approach” and personal touch to build the organization into a Super Bowl contender in just 11 years.

Much like Richardson, and 10 years before the Panthers were in existence, Pat Bowlen purchased the Denver Broncos and after nominal success, reinvented them quickly into a perennial winner, a threat to reach the Super Bowl nearly every season.

“He’s set the standard for us. He’s given us the ability to go out and compete and be the best. He’s a great owner to play for and work for because bottom line, he wants to win and he’s a great competitor,” Former Broncos quarterback, two-time Super Bowl champion and current executive vice president of football operations and general manager John Elway said Monday. “When you have that culture around your building, it allows you to be able to compete for championships. It allows us to be able to get back here. When players come to Denver, they understand what we’re about and the expectations when they come here.”

Bowlen purchased the Broncos in 1983 and led them to incredible success and stability over decades. The team has seven Super Bowl appearances and only five losing seasons in his time as owner. He is the first owner in NFL history to win 300 wins in his first 30 seasons. He has done it all, much like Richardson, with a unique eye for detail and by providing the best for his players and coaches.

“Well obviously he has meant a lot to me. He gave me my first chance as a coach. I was on the team when he bought the team. He’s always done everything first-class, taken care of the players and was there almost everyday,” former player and current offensive coordinator Rick Dennison said Thursday in regards to his 26-year history of working for Bowlen and the Broncos. “I don’t know that I could sit down and go through all 32 teams, I just know when you work for somebody that shows that they care for you, you are going to work a little harder.”

That sentiment is shared by another coach, but about the other Super Bowl 50 participant. Wide receivers coach and former player from the Panthers’ 2004 Super Bowl XXXVIII team Ricky Proehl couldn’t say enough good things about Richardson after playing for six different NFL franchises over his playing career.

“My experience as a player was like none that I ever experienced from [another] owner. I never had a relationship with [another] owner as a player. He really goes out of his way to form relationships with a player and the team in general,” Proehl said Thursday. “If you were to go around this room and ask these guys about Mr. Richardson, they would tell you they have the ultimate respect from him and want to win it for him as much as anybody.”

Bowlen equally influenced several players on the Broncos from their early days with the team. He has been unfortunately sidelined from his passionate role as team owner due to Alzheimer’s disease but remains in his position by title. Despite Bowlen’s absence this season, defensive back Chris Harris Jr. knows Bowlen had a hand in their road to Super Bowl 50 and that Bowlen would like the personality of this year’s team.

“He’s very passionate about us. I remember my first couple of years he was at every practice, standing out there every day. That’s what he was about. I would see him walking through the training room every day talking to [athletic trainer Steve Antonopulos] asking, ‘what’s up with the injuries.’ He was very involved and loved the team so much,” Harris said Wednesday. “I think he would really love this team by the grind, the grit that we play with, how we fight to the finish every week.”

Richardson and Bowlen have several things in common. They are both athletes, competitors and excellent businessmen that built themselves from the ground up; they have helped grow the NFL in countess ways, yet it all comes back to how they treat the people within their organization from top to bottom that has made them so successful.

“Its tremendous,” eight-year NFL veteran and four-year Panther Mike Tolbert said of the importance of Richardson’s involvement with his players. “I came from San Diego where you barely talk to the owner. I talk to [Richardson] three, four times a week. It’s just who he is. He cares about us a people, as well as players. It is not all about the dollar figure to him, it is about winning and that’s what we are trying to do.”

Sunday both successful franchises will be vying for the ultimate prize. The Vince Lombardi Trophy symbolizes greatness, the pinnacle of success. Only one team can claim it in 2016. It is no coincidence that in just over 20 years the Panthers have another chance at a championship and the Broncos get their league-tying eighth shot. The two owners have created a similar philosophy on their teams on separate ends of the country by expecting the best from everyone.

“His vision is implanted in every piece of this organization, from the top-line facilities to top-line coaches, and I think you are seeing top-line results,” Broncos tackle Ryan Harris said Thursday. “Every player is thankful for everything [Bowlen] has done, not only for us to be here now but to make this organization what it is. To be able to dedicate a championship to him would mean a lot to us as players and I’m sure a lot to him as well.”

That statement is surely echoed for Richardson in the Panthers organization. Sunday, in a game where only one team can be crowned Super Bowl 50 champions, one thing everyone should agree on and appreciate is that both Bowlen and Richardson are world-class individuals and champions of the NFL.