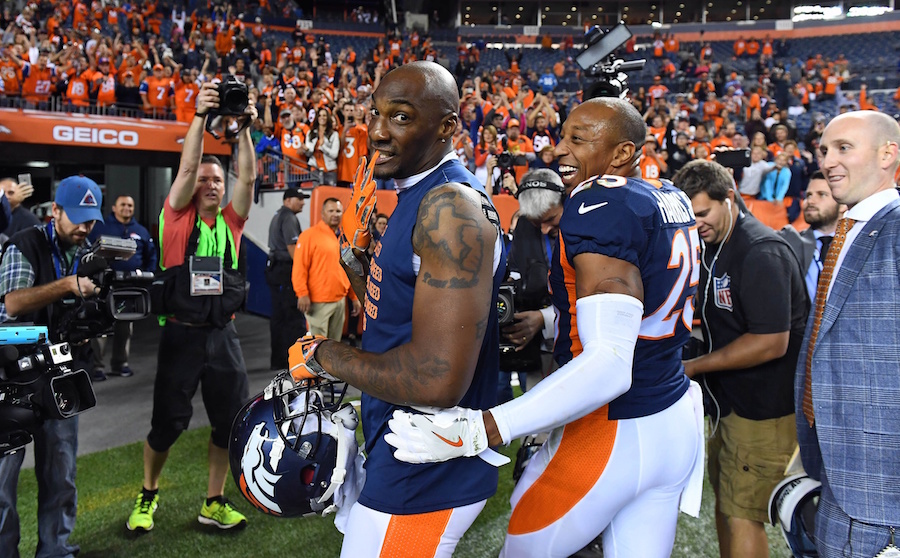 Newsflash: Winning is a lot more fun than losing.

With that in mind, the Denver Broncos had a pretty good night on Monday.

It had been 22 days since the Broncos’ last victory, a 27-7 beating of the Tampa Bay Buccaneers, and they were hungry for another. Even better, they were given the opportunity to do so against their former quarterback, Brock Osweiler.

Denver came into Monday night’s matchup looking to make a statement, to prove that not only were they a contender in the AFC but that Osweiler had made a huge mistake leaving the Mile High City. They did that, and then some.

Brock Osweiler had 131 pass yards Monday, the 2nd-fewest in NFL history by a QB who attempted at least 40 passes. (via @EliasSports) pic.twitter.com/XqHfdIzQz0

The Denver defense may have failed to accumulate a sack, but they forced Osweiler to get rid of the ball as quickly as possible, and the No Fly Zone feasted.

Top to bottom, it was a dominating performance by the Broncos, and after the game, the team was excited to be back to their winning ways.

Still being disrespected love it

GREAT WIN!!! I love it #BroncosCountry

The Broncos will be looking to continue their winning ways, as well as get some revenge, when they take on the San Diego Chargers this Sunday. It was less than two weeks ago that the Broncos traveled to San Diego to lose their second consecutive game, and the team will want to rectify that performance.

At 5-2, they stand atop the AFC West alongside the Oakland Raiders, and at this point, every game matters.