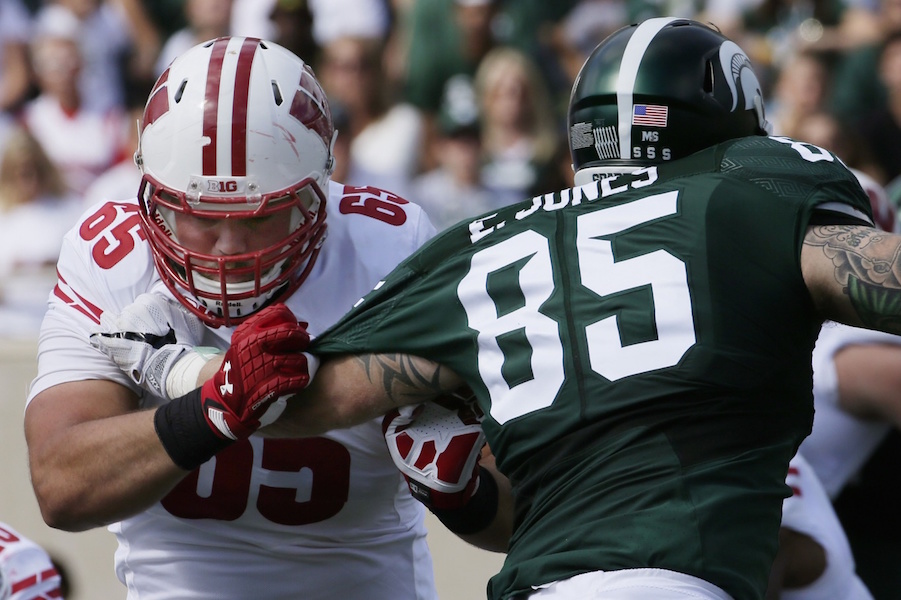 The 2017 NFL Draft is now less than a week away; and as the Broncos finish up their final preparations, we can look at which positions they could be targeting. Yes, the long-standing rule is to  “take the best player on the board”, but that isn’t always realistic. While you may try to grab the top player regardless of position, teams do have very specific needs.

The Broncos are no exception. After going just 9-7 in defense of their Super Bowl 50 victory, this team has a number of positions that are going to need to be upgraded. What positions will they be focused on in the draft, and can those positions actually be filled by the talent in this draft class?

This may not be the highest priority, but there is no question that the Broncos must get more production from their tight ends. A reliable tight end can be a security blanket to the Broncos young quarterbacks.

That might explain why last season the offense struggled mightily. In 2016, Denver tight ends caught a total of just 53 passes, and scored only two touchdowns.

This draft has an abundance of talented tight ends, and the Broncos can select one with any of their 10 picks. Alabama’s O.J. Howard is probably a top-25 pick. Jordan Leggett from Clemson, and Jake Butt out of Michigan should be available in the first three rounds.

Yet, there is also talent that should be available in the latter rounds. Tyrone Swoopes played quarterback at Texas, but he is impressing scouts early at his new position. The Broncos should have no problem grabbing a talented young tight end in this draft.

The Denver Broncos have two of the top wideouts in all of the NFL in Demaryius Thomas and Emmanuel Sanders. Unfortunately, the production after those two, drops off in a huge way.

The Broncos third best receiver? Jordan Norwood with only 21 catches. This is another position that does have some depth.

The Broncos probably can’t reach a top prospect like Clemson’s Mike Williams, but USC Trojan JuJu Smith-Schuster could be around in the second round. Oklahoma Heisman candidate Dede Westbrook will probably last until the third or fourth rounds, and with his speed and playmaking ability, he could be a very dangerous slot receiver in Denver.

The Broncos missed a few of the free agents that they lost last season, but you could make a case that they may have missed inside linebacker Danny Trevathan as much as anyone. In his final season with the Broncos, Trevathan and Brandon Marshall shut down the inside of the field, combining for 211 tackles.

Last year, Marshall battled nagging injuries, and Todd Davis and Corey Nelson combined for only 164 tackles. They struggled to cover tight ends and running backs in the passing game, and the Denver defense took a giant step backward.

It isn’t that the Broncos need to draft a new starter, but they do need depth that can be developed. Vanderbilt linebacker Zach Cunningham is a top-notch run defender, and has proven to be capable of dropping into coverage. He should be available in the first two rounds. Northwestern’s Anthony Walker is another possibility that has shown some promise, and he could be around in the latter rounds. The Broncos can be patient with this position, and should still be able to find value.

One of the biggest losses from a season ago had to be when Malik Jackson left via free agency. That loss would have been tough enough to overcome, but then Vance Walker was lost with a season-ending knee injury too. The Broncos had been counting on Walker to pick up some of the slack.

Derek Wolfe and Jared Crick were solid, but this defense definitely needs depth up front. The 2017 draft class has some talent at defensive end, but might not have quite as much depth.

Michigan State’s Malik McDowell is a talented player that doesn’t always play hard. Montravius Adams from Auburn could be a solid second or third-round pick, but has been labeled as inconsistent. Notre Dame’s Jarron Jones may last until the middle rounds, and he could be a solid pick, but there are questions about his desire to play.

There are some defensive lineman candidates in this draft, but John Elway will really have to do his homework.

It may not be a sexy spot, but there is no question that the Broncos need to bolster their offensive tackle position. After signing two free agent tackles last offseason, only to see them flounder, the Broncos are now basically back to square one.

The best offensive lines are usually built through the draft, and that is what Denver needs to do now. Unfortunately, there isn’t an abundance of talent this year, at the tackle spot. Cam Robinson out of Alabama looks like the class of the draft, but there are questions about his ability to play the left side (or even tackle in general) at the next level. Wisconsin’s Ryan Ramczyk is a tough player, but is hardly a sure thing (especially coming off of hip surgery). Garett Bolles, out of Utah, has some off the field concerns that could scare teams away.

The Broncos need to pick up an offensive tackle, but they shouldn’t reach for a player that isn’t worth the value. The NFL is full of quality offensive linemen that were selected late in the draft. John Elway may need to find another one this year.