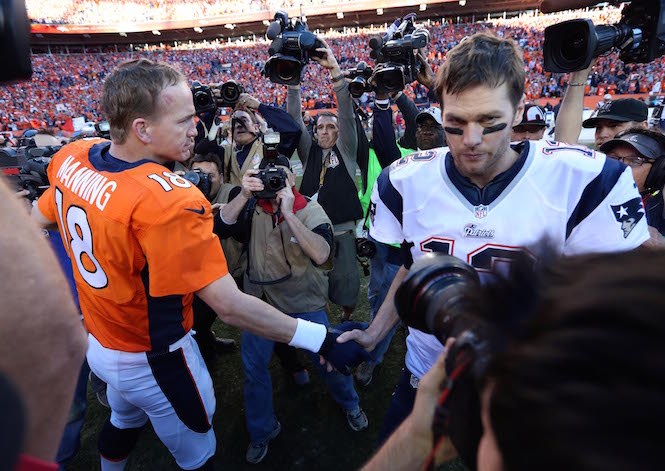 As the Denver Broncos enter their bye week, (still undefeated in case that has been forgotten) one thing has become blatantly apparent: Misery loves company. Rather than celebrate what might be one of the best defenses in NFL history, we will now spend the bulk of the next two weeks breaking down all the faults of Peyton Manning and argue whether or not it is time to force him into early retirement by starting Brock Osweiler.

Yes, his touchdown passes are down and his interceptions are up. In baseball individual stats trump wins and losses, but this isn’t baseball. With only 16 games to prove your worth in the regular season, wins are the most important thing in the NFL. And through six games, Manning hasn’t lost yet.

The Broncos have 10 games remaining on the schedule, including two games with the San Diego Chargers. Here is how Peyton Manning stacks up to the rest of the quarterbacks he will face this season.