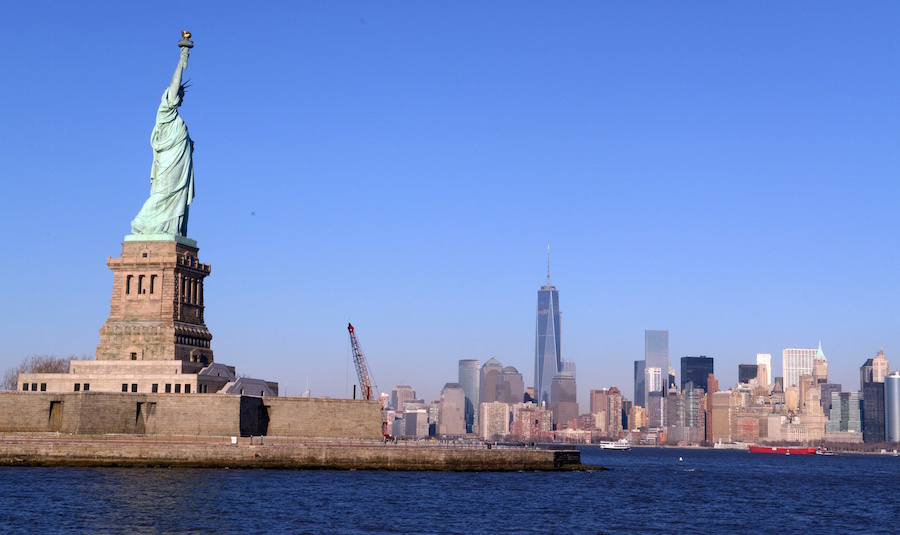 Certainly everyone remembers it; but even more assuredly, they’ve got theirs. They recall everything down to the minute detail – where they were when they heard it, the first phone call they made, the first person they hugged. And if you’re anything like me, you probably remember the very first moment when it actually hit you – when the shock subsided and you finally broke down, when the weight of the moment was ultimately too much to bear.

Ironically, my initial concerns that day had nothing to do with New York City. In fact, there was only one reason I was even awake. Having to go to work that Tuesday, which for me entailed a 120-mile drive from Denver to Hugo, Colo. (where I lived and worked at the time), I’d woken up even earlier than normal in hopes of catching the news. I clicked around trying desperately to find an update on the condition of Ed McCaffrey. The night before I’d attended the Broncos season opener – a Monday Night Football treat – and witnessed what looked to be a gruesome injury suffered by McCaffrey. From replays on the stadium jumbotron, it appeared that McCaffrey’s leg had been badly broken. The next morning, I wanted to know just how bad it was.

At 6:46 a.m. MST, the precise moment when American Airlines Flight 11 crashed into the North Tower of the World Trade Center, I’m sure I was still in search of an update. By 6:49, CNN was breaking the news to the world. And while I’m not sure exactly when the terrifying images of Trade Center found their way to my television, I recall getting an abnormally early call from my mother.

“Watching what?” I asked, having no idea what was taking place in New York, other than the Football Giants were surely licking their wounds from their trip to Denver the night before, where they’d fallen to the Broncos 31-20.

From there, like every American, I tuned in and watched in horror. The situation for me was even more unnerving, as my sister was working in Manhattan. Her job wasn’t in the financial district, where the Trade Center buildings stood, but I wasn’t entirely sure of her general proximately to the situation. I only knew that she lived on the same big island that had suddenly become terrifyingly small.

Luckily, my mother was able to contact her early, before phone lines into New York City would be jammed for the better part of the week. My sister was okay, living and working a “safe enough” distance from the situation. I was unable to reach her, but had a small piece of mind that she was okay.

I never found an update on McCaffrey. To this day, I don’t believe I’ve ever seen the replay.

After watching the news for at least another hour or two, I finally decided that I needed to go to work. I still hadn’t grasped the magnitude of the situation. I was primarily concerned about my sister, and knowing that she was okay lessoned the immediate, personal impact of the story at hand. As I drove east on I-70, I vividly remember listening to the radio and looking up in the sky. A morning trip by DIA typically featured a sky filled with incoming airplanes and the long, white contrails they left behind against the blue Colorado sky; on that drive, the sky was eerily uninterrupted.

Like every workplace in America that day, not much got done. I spent the rest of the day watching updates from New York and optimistically and unsuccessfully trying to reach my sister by phone. The news reported that phone lines were jammed, but foolishly I believed my call might slip through the cracks.

The days that followed were somewhat hazy. I remember watching the news at every opportunity, learning of body counts, details on the terrorists and crooked gas stations that had hiked the price of gas, ruthlessly capitalizing on America’s moment of vulnerability. I remember finally talking to my sister, but can’t recall exactly how long it took. I remember a pressing “need” to be on the phone, talking to someone at all times.

And throughout the rest of that week, none of it truly “hit me.” The mind and body have strange ways of protecting someone who’s in a state of shock. For me, general numbness set it. I certainly hadn’t experienced the tragedy like the people in New York – firemen and their families, people who’d lost loved ones or even innocent people who lived and worked just blocks from Ground Zero, like my sister. My heart went out to them, but two-thirds across the country, the magnitude of 9-11 hadn’t fully reached me.

But I remember when it finally did.

Eight days after the attack, I returned to Denver to watch the Rockies play the Diamondbacks with my dad. It was a Wednesday afternoon game, and my dad, who’s been a part of a season ticket group from the beginning, had a pair of tickets that day. We both remember feeling “odd” about the day. Were we supposed to be watching sports? It was a meaningless, September game in a season that would ultimately conclude with our Rockies finishing dead last in the NL West. Why go?

But we went nonetheless. Perhaps there was a need to return to normality. Perhaps we simply needed a break from CNN. Perhaps we just wanted to be together.

My father, never one to be late to a ballgame, made sure we arrived in plenty of time to get Rockie Dogs well before the first pitch. It was rare (and still is) that I ever missed the playing of our National Anthem at a sporting event, and that day would be no different.

In my lifetime, I’d wager that I’ve listened to that song 10,000 times, but that day, at that baseball game, might have been the first time I truly heard it. After just a few notes, the enormity and tragedy of 9-11 hit me. As the song carried on, my eyes filled with water, my heart became heavy, arguably heavier than ever before, and it all hit me. What could have been, the pain that the families of those who’d lost their lives must have felt, the frailty of our lives and of America –it all came crashing down.

As I tried to hold back the tears I looked around and noticed that I wasn’t the only one crying. Lots of people heard the song for the first time that day.

It was then I realized how important sports are to America. Twenty years later, I can’t tell you who won or lost that game – that ultimately didn’t matter. I only know that it was important that we were there, feeling something – sorrow, joy, pride…