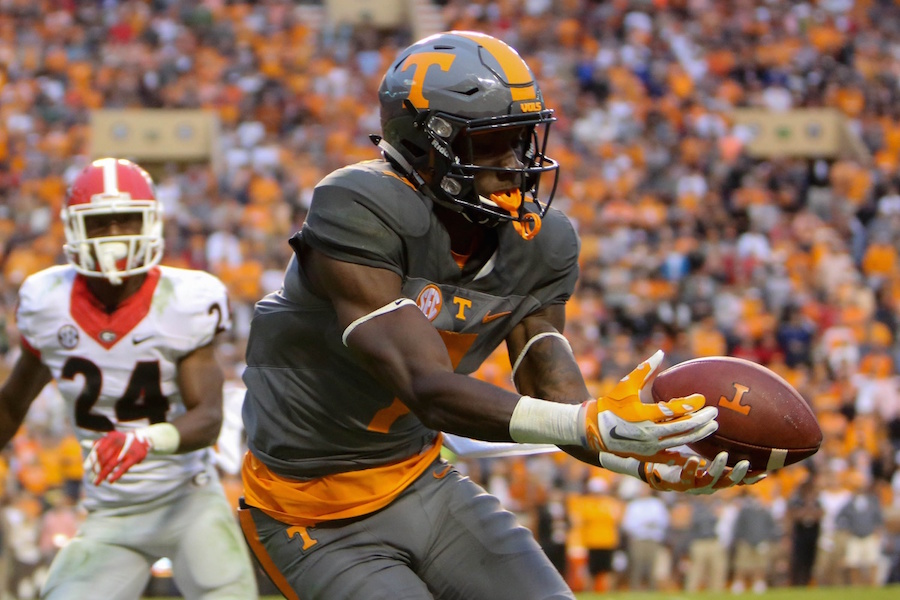 One of the nation’s top players from the 2015 recruiting class is joining the Colorado State football program. Wide receiver Preston Williams, a Lovejoy, Ga., native who spent his first two years of eligibility at the University of Tennessee, made his official visit to Fort Collins over the weekend. He announced his commitment on Sunday via Twitter before signing a financial aid agreement on Monday. He will begin practicing with the Rams when he enrolls in January.

Williams was rated as the nation’s top receiver in the 2015 class, according to Scout.com, earning five stars by both Scout and 247Sports.com. As a prep star at Lovejoy High School, he played in the 2015 Under Armour All-Star Game, participated in The Opening and was named to the Georgia Sports Writers Association All-State first team. Scout.com ranked him as the 15th-best overall prospect in the 2015 recruiting class, ahead of Freshman All-Americans Calvin Ridley (Alabama), Christian Kirk (Texas A&M) and Mitch Hyatt (Clemson). Despite missing part of his senior season with a knee injury, Williams recorded 43 receptions for 916 yards and 13 touchdowns.

Williams enrolled at Tennessee in 2015, playing in eight games as a true freshman. He played in four more contests – earning two starts – this season before announcing his intent to transfer in October. His Tennessee career included 16 catches for 247 yards and two touchdowns.

CSU head coach Mike Bobo recruited Williams out of high school while he was the offensive coordinator at Georgia. That was one of several Division I offers Williams received, in addition to Alabama, Clemson, Florida State, Michigan, Ohio State and other top programs. Williams also has ties to CSU cornerbacks coach Terry Fair, a Tennessee alum who spent the 2013-14 seasons as a graduate assistant with the Vols.

Despite enrolling in January, Williams will have to redshirt the 2017 season due to NCAA transfer rules. He will have two years of eligibility remaining for 2018 and 2019.