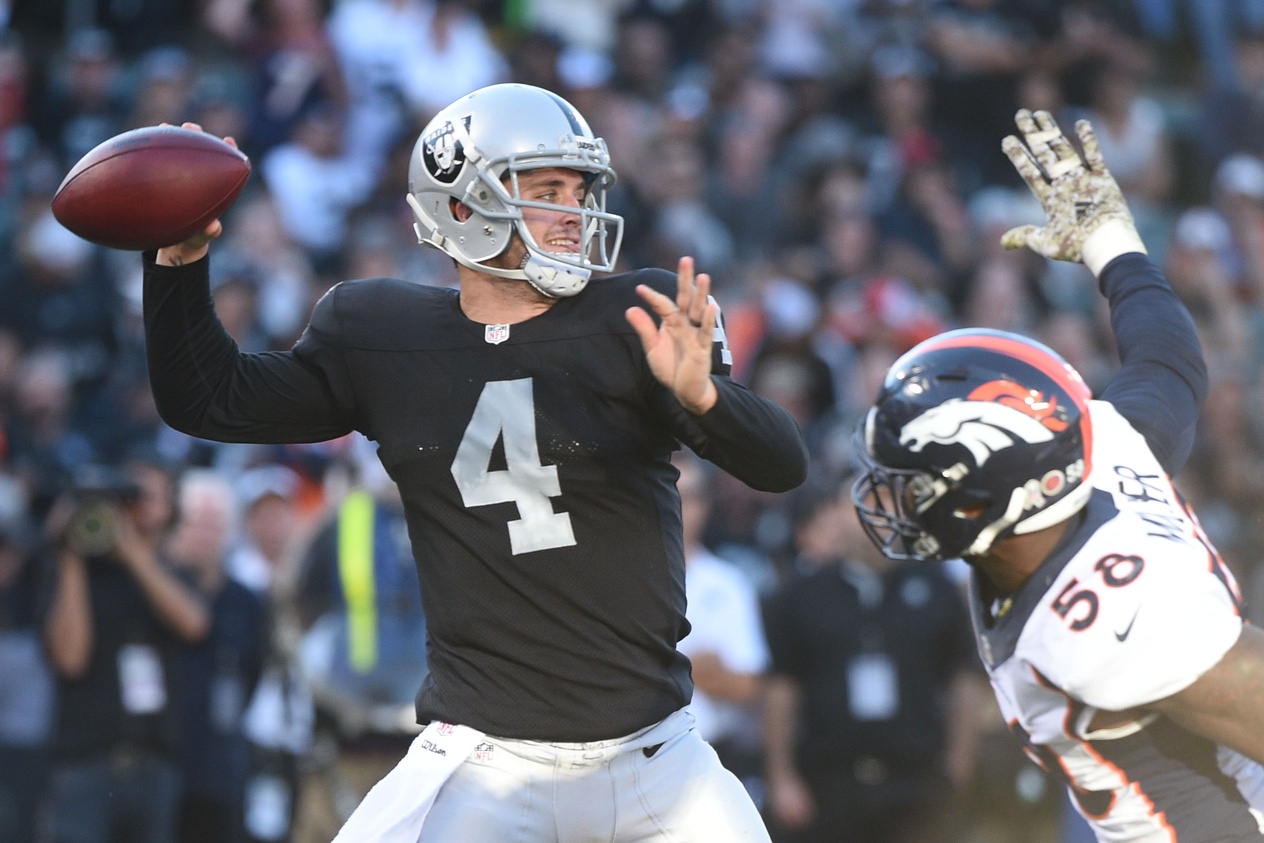 After back-to-back losses, the Denver Broncos are desperate to get back to their winning ways.

The Pittsburgh Steelers managed to have their way with them last weekend. Despite coming into the game with the worst rush offense in the league, the Steelers managed to run 147 yards against the Broncos. Running back Najee Harris finally had a breakout game, rushing for 122 yards and a touchdown. Wide receiver Chase Claypool also had a game, catching 130 yards and also scoring a touchdown.

Despite this, the Las Vegas Raiders seem to be in even worst shape. Head coach Jon Gruden resigned on Monday after emails he wrote over a 10-year period, that used racist, misogynistic and anti-gay language were leaked.

Against a team with no head coach and a massive distraction surrounding them, the Broncos go into Sunday’s game as 3.5 point favorites.

Here’s what the Broncos can expect to face from the Raiders in Week 6.

At this time, the Raiders rank as the 13th-best offense in the NFL in total yards. With that said, there’s a stark dichotomy on the team’s offensive play. They currently sit as the fourth-most productive passing offense in terms of yardage, but they’re 29th in rushing yardage.

Even with two back-to-back, shaky performances, the Broncos are currently the sixth-best overall defense in the league.

Derek Carr had a hot start, going 3-0, but has since slowed down with two unimpressive performances in losses to the Los Angeles Chargers and Chicago Bears.

With the team lacking any momentum in the backfield, the team leans primarily on Carr.

They do have a dangerously speedy wide receiver in Henry Ruggs, which could present problems for Denver. Last week the Broncos gave up a 50-yard touchdown to Diontae Johnson on the very first drive of the game. Cornerback Kyle Fuller had one of the worst games of his career last week, and if they want to beat the Raiders, they must fix those mistakes.

The Raiders’ best offensive weapon is their tight end, Darren Waller. The Broncos have been weak against tight ends this season, so he will likely end up being a challenge to stop.

Running backs Josh Jacobs and Kenyan Drake have been incredibly underwhelming and shouldn’t be productive against a team ranking sixth in rushing defense. However, with what Najee Harris was able to do last week, they can’t get too comfortable.

The Raiders surprisingly sit at the tenth spot in overall defense. However, like their offensive rankings, they have a strict contrast in their two facets of defense. Their pass rush has been impressive, putting them ahead of the Broncos, as the fourth-ranked pass defense, but their rush defense has been poor, placing them at 25th.

In the Broncos, they will face the 18th-ranked overall offense.

Defensive end Maxx Crosby has impressed this season and was even named the AFC Defensive Player of the Week in Week 1. He could make it a difficult day for Teddy Bridgewater, who was sacked three times last week.

After a somewhat slow start, Javonte Williams has made a name for himself with his explosive play and ability to break tackles. It’d be wise for the Broncos to lean heavily on rushing this game and take advantage of the Raiders’ biggest hole.

Starting cornerback Trayvon Mullen was placed on injured reserve this week with a toe injury. Rookie Nate Hobbs will be starting in his place next to Casey Hayward Jr., who the Raiders signed in the offseason.

Hayward, who’s familiar with the Broncos due to his time as a Charger, has been a lockdown corner. He’ll likely be facing off with Courtland Sutton.

With the Broncos’ receiving core being depleted with injuries, Sutton will have to win that battle and repeat his last wee’s performance. The Broncos’ red zone offense has been abysmal so far, and if they can’t convert, it’ll be nearly impossible for them to pull out a win.

Kickoff is set for 2:25 p.m. MST this Sunday at Empower Field in Denver, Colorado.