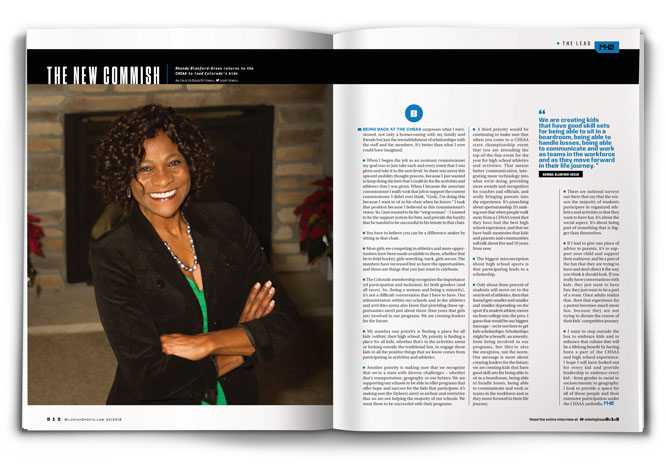 Each month Mile High Sports Magazine sits down with an important figure in Colorado sports. For February, Doug Ottewill spoke with Colorado High School Activities Commissioner Rhonda Blanford-Green, who returned to the CHSAA in 2017 after stints in Nebraska and Louisiana.

Doug Ottewill: First things first. What’s it like to be back?

Rhonda Blanford-Green: Being back surpasses what I envisioned, not only a homecoming with my family and friends but just the reestablishment of relationships with the staff and the members. It’s better than what I ever could have imagined

Was it ever a goal to become the commissioner of the CHSAA? Were you surprised when the opportunity presented itself?

When I began the job as an assistant commissioner my goal was to just take each and every event that I was given and take it to the next level. So there was never this upward mobility thought process, because I just wanted to keep doing the best that I could do for the activities and athletics that I was given. When I became the associate commissioner I really took that job to support the current commissioner. I didn’t ever think, ‘Gosh, I’m doing this because I want to sit in his chair when he leaves.’ I took that position because I believed in this commissioner’s vision. So, I just wanted to be his ‘wing woman’ – I wanted to be the support system for him, and provide the loyalty that he needed to be successful in his tenure in that chair.

Did the opportunity to be commissioner surprise you?

It didn’t surprise me, because you know when you’re in those positions you have to believe you can be a difference maker by sitting that chair. what motivated me to put my name in when the position came open was conversation that I had with board members and staff members and athletic directors at national meetings. The discussion was out there that it was going to be open; that lead me to believe that I wanted to be considered.

What has been the biggest change in Colorado high school sports since you went away in 2012?

How does that impact you?

It doesn’t impact us negatively but it’s also been a wake up call for me that we need to communicate and have more resources available to assist our parents in determining when something is a hardship or when something isn’t a hardship. That has motivated me to bring some additional changes to our (bylaws) to the membership – more about clarification and education.

How about in general? From the time you competed to now, what are the biggest challenges that face prep sports in general?

Athletes are more prepared for competition because of the club arena and student athletes participating earlier and potentially specializing in some of these events and sports. I think the athletes are more skilled more prepared for competition – good or bad – but they bring a higher skill level to the high school arena because of those experiences that they have. (We) didn’t do that back in my day; it was more just school sponsored activities whether it be on the middle school level or the high school level. Now the opportunities are out there.

The other thing that I would say is more girls are competing in athletics and more opportunities have been made available to them whether that be in field hockey, girls wrestling, track, girls soccer. The numbers have increased but so have the opportunities, and those are things that you just want to celebrate.

The Colorado membership recognizes the importance for both genders [and all races.] So, it’s not a difficult conversation that I have to have. Our administrators within our schools and in the athletics and activities arena also know that providing this opportunities aren’t just about those (four years that girls are) involved in our programs. We are creating leaders for the future.

At the moment, what do you consider the top three priorities/projects of the CHSAA?
My number one priority is finding a place for all kids (within) their high school. My priority is finding a place for all kids whether that’s in the activities arena or looking outside the traditional box to engage those kids for all the positive things that we know comes from participating in activities and athletics. Another priority is making sure that we recognize that we’re a state with diverse challenges – whether that’s transportation, geography our bylaws. We are supporting our schools to be able to offer programs that offer hope and success for the kids that participate; It’s making sure the (bylaws) aren’t so archaic and restricted that we are not helping the majority of our schools; we want them to be successful with their programs. And I guess the third would be continuing to make sure that when you come to a CHSAA state championship event that you are attending the top of the line event for the year for high school athletics and activities. That means better communication, integrating more technology into what we’re doing, providing more awards and recognition for coaches and officials, and really bringing parents into the experience. It’s preaching about sportsmanship. It’s making sure that when people walk away from a CHSAA event that they have had the best high school experience, and that we have built memories that kids and parents and communities will talk about five and ten years from now.

The biggest misconception about high school sports is that participating leads to a scholarship. Only about three percent of students will move on to the next level of athletics then that funnel gets smaller and smaller and smaller depending on the sport if a student athlete moves on from college into the pros. I guess that would be our biggest message – we’re not here to get kids scholarships. Scholarships might be a benefit, an amenity, from being involved in our programs, but they’re also the exception, not the norm. Our message is more about creating leaders for the future; we are creating kids that have good skill sets for being able to sit in a board room, being able to handle losses, being able to communicate and work as teams in the work force and as they move forward in their life journey.

When educational institutions started to have to make financial cuts, and really weigh where the priorities were going to be a lot of middle school athletic programs, it opened the door for outside organizations to come in and provide those services that were no longer being provided by the school system. I feel like educational based athletics aren’t in competition with club sports or any outside groups that are out there, because we’re all part of a community. We’re the extension of the classroom, and no matter what happens outside of that they cannot duplicate that experience. For me that’s not a competition. Clubs do what clubs do, and we do what we do. They filled a niche for anybody K through 8 that didn’t have opportunities anymore; parents wanted their kids to be involved in something.

I always say we are all we’re serving the same kids, and the last thing we need to do is have kids making decisions about one or the other. I think there is enough room for clubs to exist. At the same time, we don’t veer from our mission, which is educationally based athletics and activities.

In your opinion, what role should parents play in terms of their child’s high school sports experience?

There are national surveys out there that say that the reason the majority of students participate in organized athletics and activities is that they want to have fun. It’s about the social aspect. It’s about being part of something that is bigger than themselves. So, if I had to give one piece of advice to parents, it’s to support your child and support their endeavor and be a part of the fun that they are trying to have and don’t direct it the way you think it should look. If you really have conversations with kids they just want to have fun, they just want to be a part of a team. Once we as adults realize that, then that experience for a parent becomes much more fun, because they are not trying to dictate the course of their kids’ competitive journey.

What do you want your legacy to be?

I want (people to say) that Rhonda worked tirelessly to make sure that students – from the elite athlete all the way to the kid who walks into the door their freshman year, to the student with special needs, to the student who is a gamer – had the opportunity to enhance their high school experience by participating in CHSAA events, and that she stepped outside the box to embrace kids and to enhance that culture that will be a lifelong benefit by having been a part of the CHSAA and high school experience. I hope I will have looked out for every kid, that I provided leadership to embrace every kid – from gender to racial to socioeconomic to geography – that I look to provide a space for all of those people extensive participation under the CHSAA umbrella. 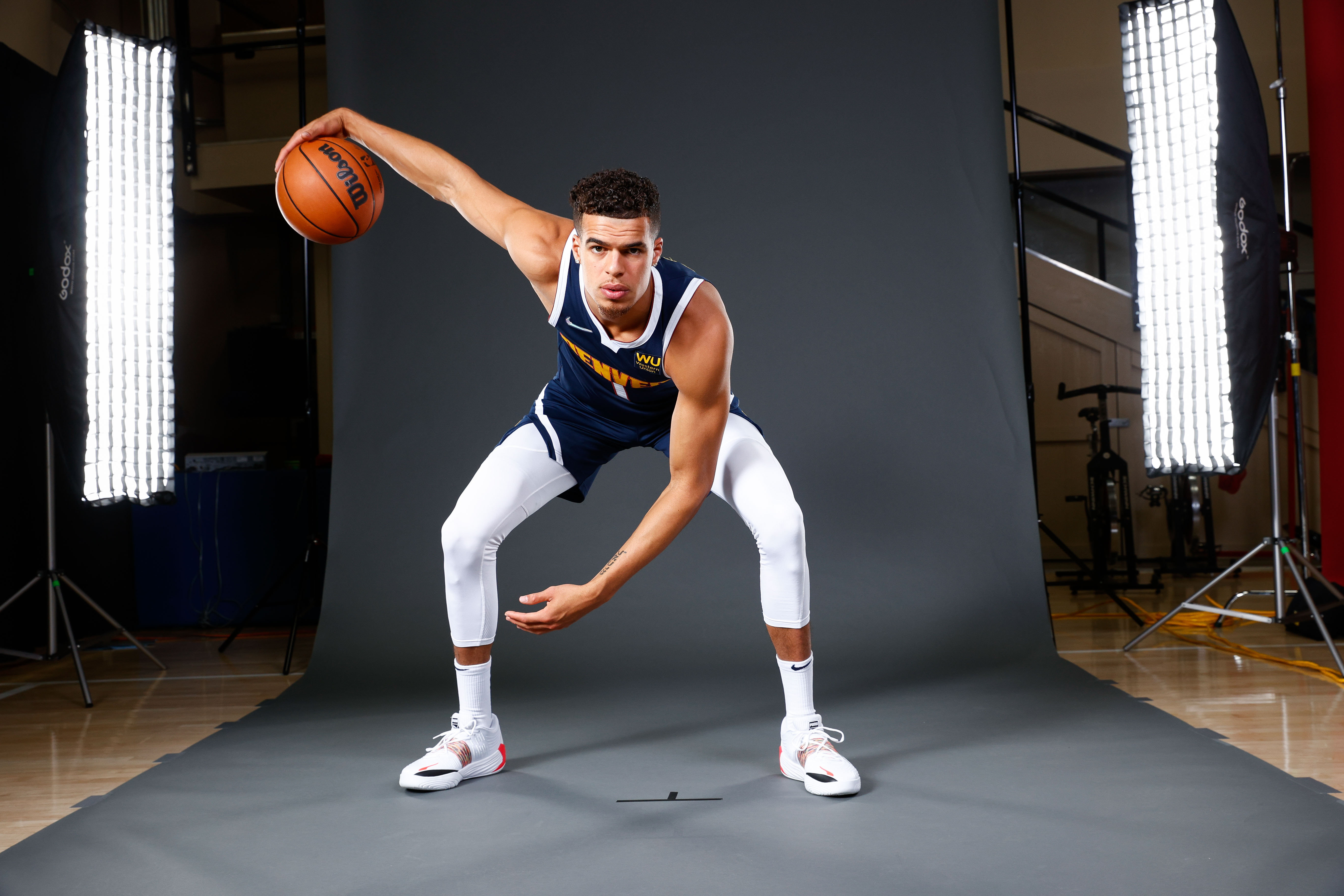 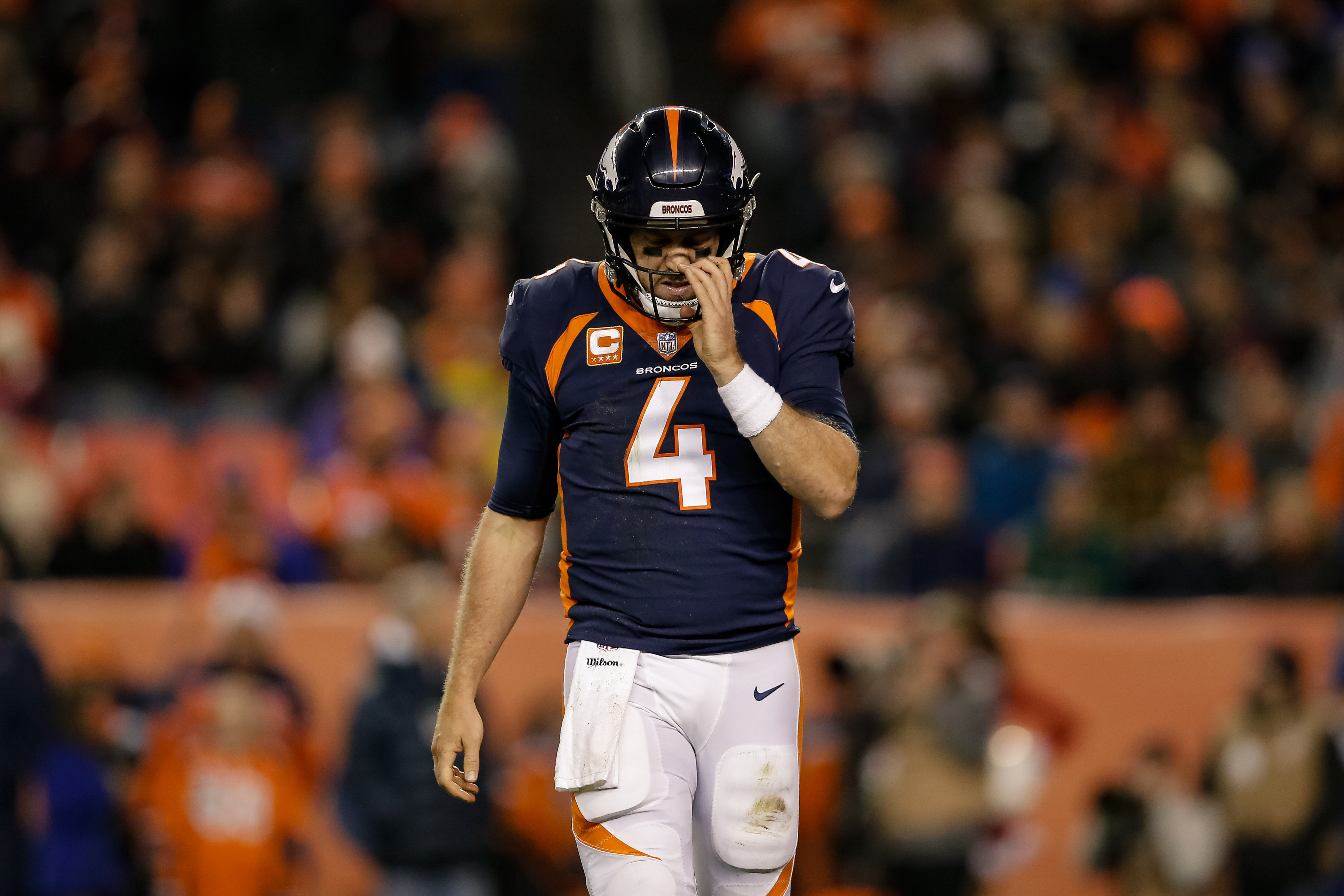 Magazine: Those who fail to learn Broncos history are doomed to repeat it