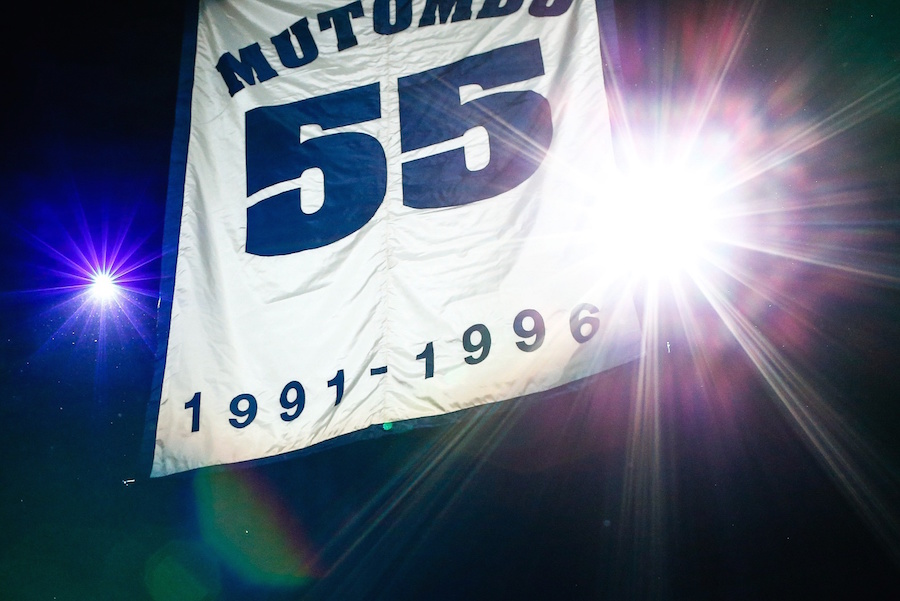 The sports world turned its eyes to New York on Sunday night to see one of the all-time great New York Yankees, Derek Jeter, have his number retired by the iconic franchise. Jeter became the latest in a long line of Bronx heroes to have his number put to rest – fitting for a player who averaged nearly 138 games per season over 20 years in Major League Baseball.

Jeter’s accolades are too numerous to list for these purposes, but they include 14 All-Star appearances, five Gold Gloves, five Silver Sluggers and five World Championships. He captained the Yankees through the great franchise’s turn-of-the-century renaissance and will be a guaranteed first-ballot Hall of Famer. He is the class of sports over the past decade, comparable only to names like Bryant, James and Manning over the past two decades.

Peyton Manning is perhaps the closest comparison that can be made during their era, as both men not only excelled on the field, but also conducted themselves with class and as faces of their sport off it.

No player in Denver sports over the last 20 years even comes close to a comparison with Jeter or Manning, but that doesn’t mean that there aren’t still some incredible athletes to have come through the Mile High City during that time – many of which may be deserving of having their numbers permanently retired.

In this series, we look at which current or former Colorado athletes are the closest to having their jersey retired, and why they may or may not see their numbers hanging in the rafters in the years to come.

In their now 50 years of existence, the Denver Nuggets have retired exactly five jersey numbers – the last being Dikembe Mutombo‘s No. 55 this past season. Their retired jerseys span effectively three decades, from Byron Beck (No. 40), who started his career in 1967, to Mutombo, who left Denver in 1996. David Thompson (No. 33, 1975-82), Dan Issel (No. 44, 1976-85) and Alex English (No. 2, 1980-90) encapsulate the time in-between. That means that the Nuggets have now gone more than 20 years without a player taking the floor whose accomplishments have yet earned the honor of having his number permanently retired.

The obvious leading candidate to see his number put to rest forever is forward Carmelo Anthony. He’s still in the league, which means it will be some time before any truly serious consideration is given to his case. But it’s hard to ignore what Melo did over his seven-plus seasons in Denver. He’s third all-time in minutes played, field goals and points. He ranks second in 2-point field goals and eighth in 3-point field goals. One of the best pure scorers of his era, Anthony averaged nearly 25 points per game over 564 career starts. The biggest knock on Anthony was his defense (or lack thereof), but it’s hard to argue his results. During his time in Denver, the Nuggets never missed the playoffs.

Which brings up another candidate who actually may be more deserving than Anthony – former head coach George Karl. Another former head coach, Doug Moe, is the the only non-player to have his “number” retired in Denver; Moe’s 432 (signifying his regular season wins total) hangs in the rafters at Pepsi Center to honor his nine years at the helm. Interestingly, Karl might actually have more wins than Moe were it not for the lockout-shortened season of 2011-12. Over eight years, Karl amassed 423 wins. But in 2011-12, Denver played only 66 games. Needing just 10 wins to have passed Moe, Denver would have needed a 10-6 record in those games for Karl to own the record. The Nuggets did not miss the playoffs in any of Karl’s eight seasons in Denver and he led them (without Anthony) to a (NBA) franchise-best 57-25 record in 2012-13, his final year with the team.

Neither Karl nor Anthony left Denver on the best of terms, so it may take some time before those wounds heal on both sides, but both are deserving of spots alongside the other Nuggets all-time greats.