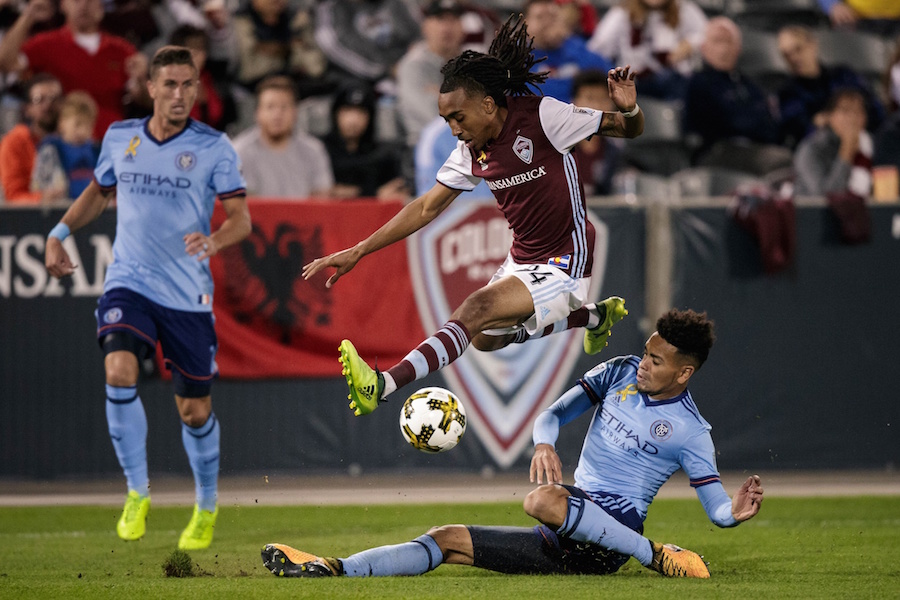 Hairston, who will be attending his first MNT camp, will report on January 10 to the National Training Center in Carson, California. The camp will run through the end of the month and culminate with a friendly against Bosnia & Herzegovina on Sunday, January 28 (7:30 p.m. MT) at StubHub Center.

The Jackson, Miss. native was the only Rapids player to feature in all 34 games in 2017, setting career-highs in appearances (34), starts (29), and minutes played (2,605). Hairston also notched three goals and four assists in his fourth season with the club.

Hairston, 23, arrived in Commerce City after being selected in the first round (12th overall) of the 2014 MLS SuperDraft after two years at the University of Louisville. A former Generation adidas member, Hairston has appeared in 80 regular season games (55 starts) for the Rapids, tallying seven goals and 11 assists in 5,135 minutes logged.

At the international stage, Hairston has earned call-ups to U-20, U-21 and U-23 camps. He was a member of the squad that participated in the 2013 Toulon Tournament in France, but would suffer an injury that would eventually rule him out of the 2013 FIFA U-20 World Cup.

“We’re excited about our 2018 January Camp roster. It’s all about the future and opportunity,” said acting U.S. Men’s National Team head coach Dave Sarachan. “We clearly feel that we want to have a look at these players that have the chance to be a part of the National Team for a number of years to come. It’s a long journey forward, but this is the first step starting in 2018 for the program and for these players to now get experience at this level.”