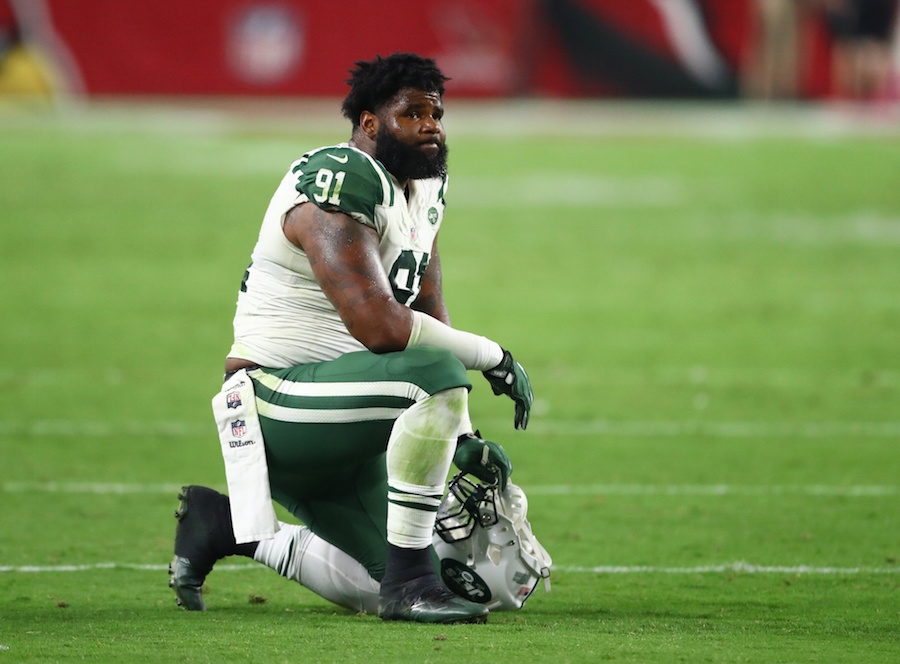 The Denver Broncos need help on their defensive front, and apparently they almost got some.

Sheldon Richardson, who was Defensive Rookie of the Year in 2013, a Pro Bowler in 2014 and all-around stud, would have been a big help to the Broncos’ struggling run defense. He’s Pro Football Focus’ No. 2 graded run defender (85.6) for all edge defenders, trailing only Michael Bennett — he’s two spots above Von Miller (85.1).

The asking price was likely too high, though. And if you’re the Broncos or any another suitor, it might make the most sense to wait out the year and look to bring him in next offseason.

Richardson’s cap hit jumps from $3 million to $8 million in 2017, though none of it is guaranteed, which means the Jets could cut him and not have to pay him a dime. And with the way their relationship has been deteriorating — he, along with Muhammad Wilkerson, were suspended for the first quarter of Sunday’s game for disciplinary reasons — it’s quite possible they’ll be looking to part ways with him one way or another, especially with the way Leonard Williams has developed over the last year.

That could mean a cheaper price. For now …

Anybody who does bring Richardson in this offseason will need to have their checkbooks ready. Come 2018, he’ll be looking for a Von Miller-sized contract. That might put Denver out of the bidding.