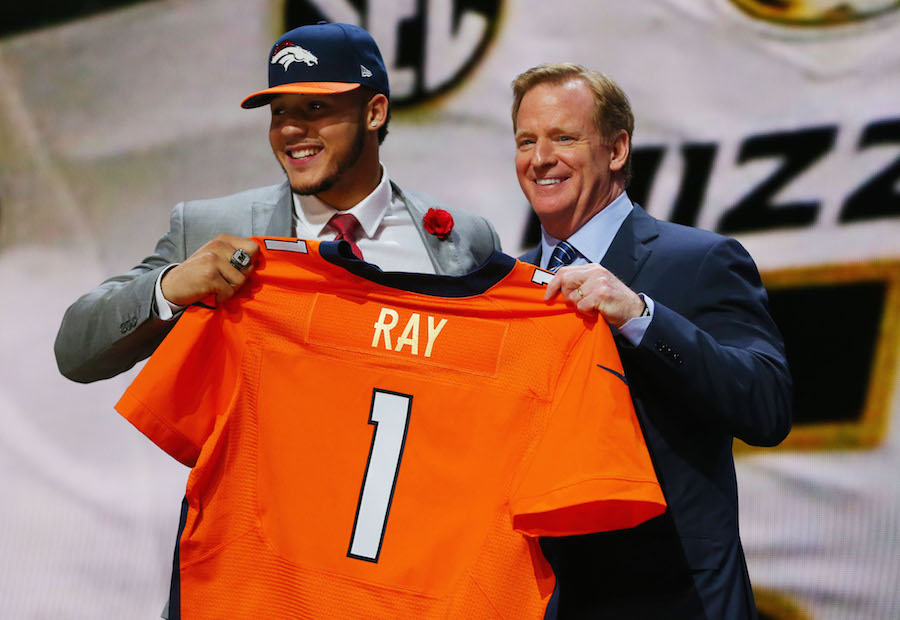 The moment the NFL Draft moved out of New York for the first time in five centuries and to Chicago last offseason, it was only a matter of time before other cities began lobbying the league to host the draft themselves.

According to Mike Klis of 9News, that’s exactly what the Denver Broncos were doing this week.

The 2019 draft will mark the 100th anniversary of the NFL, and would obviously be a big deal for the city of Denver. According to Klis, the actual draft would likely be held at the Bellco Theater inside the Colorado Convention Center, and the fan rally would be held at Civic Center Park.

“We realize the draft is one of the premier events of the year and Denver is great at hosting high-profile events,’’ Mathew Payne, executive director of the Denver Sports Commission, said. “We feel that Denver would make a perfect host. We have sophisticated football fans in Denver and confident that the city and the region would come out in big numbers. There is still a lot of work to do on this, but we feel that when we can get the NFL to come in for a site inspection that we can tell the right story and win the right to be host.”

The bid is in it’s preliminary stage, but it makes a lot of sense. Denver certainly has the infrastructure to host such a national event; they’ve proven that over the years while hosting a World Series, two Stanley Cup Finals, multiple All-Star games and more.

Denver may not carry the cachet of a New York or Chicago, but it’s one of the league’s most successful, knowledgable and capable football cities.

“That will be the league’s 100th season,’’ Smyth said. “We hope one of its signature events — the NFL Draft – can be held right here in Denver. We’re excited about that possibility and this opportunity.’’