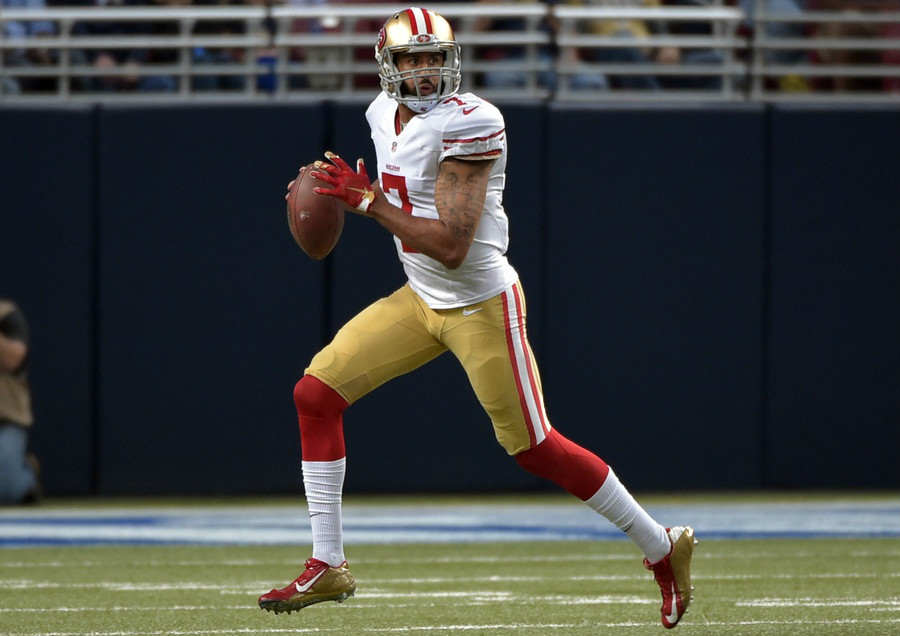 Nearly four years ago, John Elway stood in front of the Denver media and told everyone that there was no “Plan B.” Well, apparently that’s changed since then. With Peyton Manning currently riding off into the Rocky Mountains, Brock Osweiler is clearly Plan A, but his future in Denver is a little hazy; at least one other team would like to make Osweiler an offer he can’t refuse.

If he does end up leaving in free agency, Elway looks to be targeting another backup-turned-starter that helped lead his team to a Super Bowl, Colin Kaepernick.

If the #Broncos lose QB Brock Osweiler, expect them to come after QB Colin Kaepernick. That appears to be their backup plan.

At this point in his career, Kaepernick’s stock has never been lower, but remember: It was only a few years ago that he was a first-and-goal away from winning the Super Bowl and a Richard Sherman-tipped pass away from going back.

The guy has talent. The question is whether Gary Kubiak would be able to bring it back out of him.

Over the last two seasons, Kaepernick’s production has seemingly taken a nosedive, but then again, so has the entire San Francisco 49ers franchise. One has to wonder if the loss of Jim Harbaugh, the sudden retirement of half the roster and the general dysfunction from top down played a role in Kaepernick’s performance.

Could coming to a stable franchise, with a structured front office and coaching staff, make a difference?

That’s what Elway seems to be counting on.