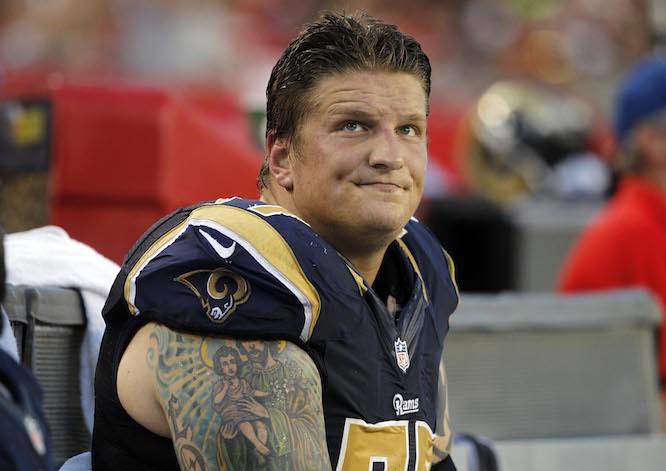 In fact, three out of the five starters had negative grades on Pro Football Focus, including rookie left tackle Ty Sambrailo who scored a negative 2.6 mark.

Should the team consider a veteran free agent lineman to push the rookie / possibly start at left tackle? Maybe, but one option is soon to be off the board.

Former No. 1 overall pick Jake Long is flying to Atlanta today to sign with the Falcons, per source. Atlanta improving up front.

You’ll recall Long visited the Broncos back in July, but the team declined to sign him. Some have speculated it was because of the state of his surgically repaired knees after multiple ACL tears, others have said it’s because Long’s dollar demands were simply too high.

With the Broncos also moving Chris Clark to the Texans during camp for a measly seventh round pick, they’re thin at tackle as is, with only the underwhelming Michael Schofield around as a legitimate backup option.

Who knows where they go at tackle from here, maybe they just stay the course, but one tempting veteran option appears to no longer be a possibility. Jake Long has landed with the Falcons.