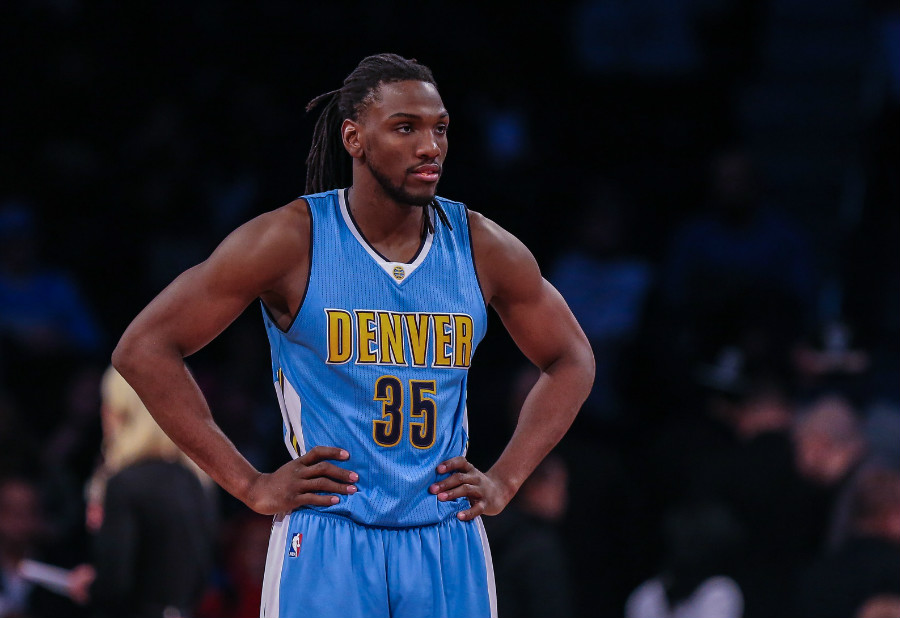 Denver Nuggets forward Kenneth Faried has been involved in trade rumors for roughly two seasons, and now, with his starting job in jeopardy, Faried may push for a trade out of Denver.

Steve Kyler of Basketball Insiders broke down the latest buzz surrounding the Manimal.

In his article, Kyler states that if Faried were to lose his starting job and be shifted to a bench role, which seems to be a realistic possibility at this point in time, the “Manimal” would be less than thrilled, which could prompt a trade out of Denver.

“With Kenneth Faried at risk of losing his starting job, league sources tell Kyler that the big man may not be thrilled with a move to the bench, which could prompt the Nuggets to ramp up efforts to trade him this season.”

The Nuggets have made Faried available via trade in years past, meaning they should have a good idea of the kind of market available if they decide to pull the trigger on a deal.

There is a plethora of talent at the power forward position for the Nuggets, meaning a cut in playing time is expected, especially with guys like Wilson Chandler, Juancho Hernangomez and Nikola Jokic expected to soak up a decent chunk of minutes at the four.

Faried has had numerous opportunities to lock himself in as the team’s starting power forward. It’s looking as if it’s about time to move on.