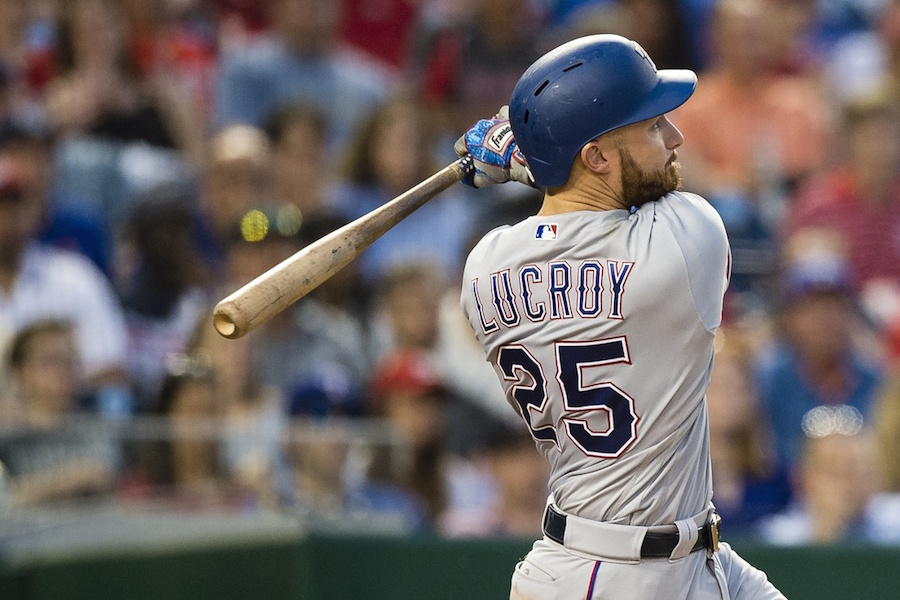 Lucroy was an All-Star first in 2014 for the Milwaukee Brewers and then for the Rangers in 2016.

Unfortunately, he’s not putting up All-Star numbers this year.

Moving to the hitter-friendly confines of Coors Field and joining a loaded Colorado lineup could be the jumpstart Lucroy needs.

Lucroy hit a career-high 24 home runs between Milwaukee and Texas last season. He’s a career .280 hitter in 929 Major League games. He will be a free agent at the end of 2017.

Earlier in the week, Colorado traded a trio of prospects to Philadelphia for another two-time All-Star, Pat Neshek.

The deal could mean the end of the road with the Rockies for veteran Ryan Hanigan.

Signed on a minor-league deal this offseason, Hanigan has appeared in 24 games with Colorado. The 36-year-old is hitting .259 with two home runs and 13 RBIs.

Hanigan has platooned with starter Tony Wolters in two stints with the Rockies this year. Wolters, in his second full MLB season, is likely to move into a backup role behind the eight-year veteran Lucroy. Wolters adds versatility to the Colorado bench, as he came up as a middle infielder and still plays some as needed.

The Rockies will give up a player to be named later, multiple reports say.