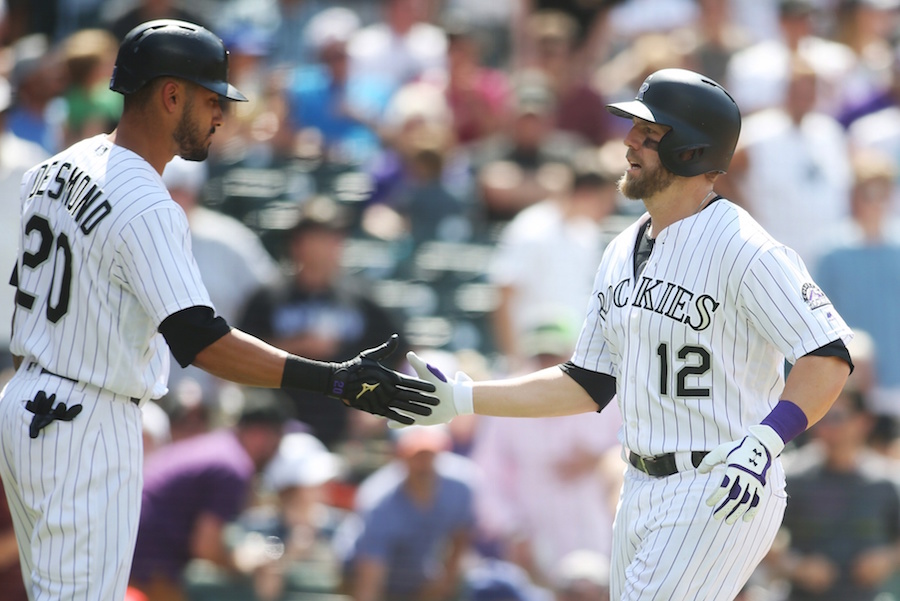 Four different Rockies left the yard a total of five times on Sunday afternoon against Ivan Nova and the Pittsburgh Pirates in a 13-3 victory in the series finale at Coors Field. The win secured a series win for Colorado, their 19th of the season. After game No. 100 of the season and No. 50 at Coors Field, Colorado is 58-42 overall and 31-19 at home.

The Rockies pounded out 15 hits on the day, including nine against Nova (10-7, 3.62). Charlie Blackmon (24), Trevor Story (13), Pat Valaika (8) and Mark Reynolds (21 & 22) each hit home runs. Blackmon (a solo shot) and Story (the two-run variety) both went deep off Nova. Valaika and Reynolds both had a man on when they went deep, both off Wade LeBlanc, both in the sixth inning along with Story. Reynolds hit a two-out solo shot in the bottom of the eighth off Jhan Marinez to cap the scoring for Colorado. Carlos Gonzalez continued to heat up with a pair of hits; he is 7-for-16 with three doubles over his last four games. Nolan Arenado had a pair of hits, three RBIs and run scored. Every Rockies starting position player had a hit in the win.

Kyle Freeland (10-7, 3.64) battled through six innings, throwing 108 pitches. He limited Pittsburgh to two runs on six hits and two walks, striking out three. Scott Oberg gave up a pair of hits in the seventh, but didn’t allow a run. Adam Ottavino continued to struggle, allowing a run on three hits and a walk in the eighth. Mike Dunn pitched a 1-2-3 ninth.

The Rockies now embark on a six-game road trip for the next week. They start with three games in St. Louis before a day off on Thursday. Then they move on to face the NL East leaders, Washington, for a weekend series in D.C. Antonio Senzatela is scheduled to start Monday against Mike Leake.