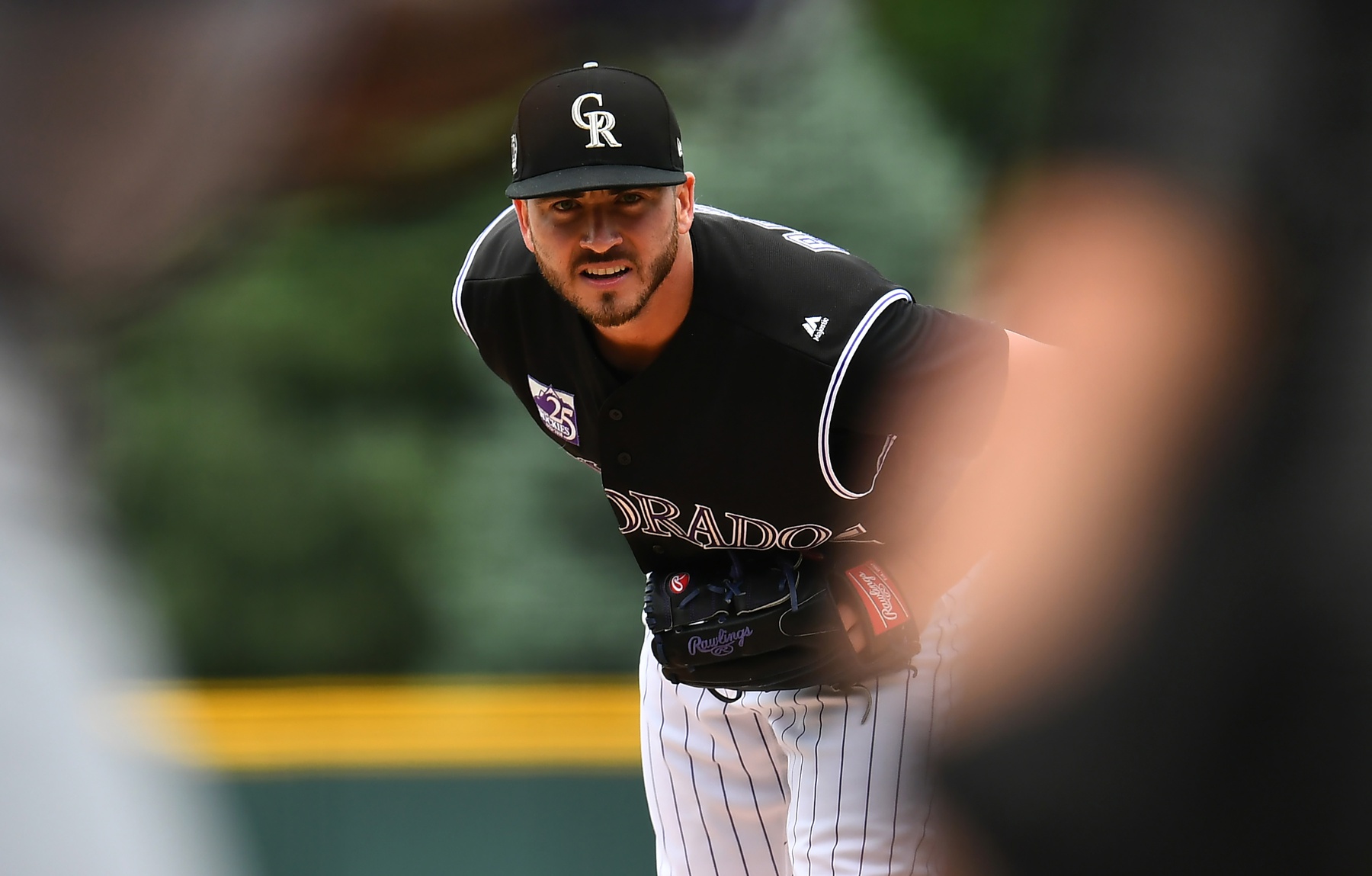 The Colorado Rockies blew a late lead once again in their 10-7 loss Sunday afternoon to the Los Angeles Dodgers. Sunday’s loss marked the third consecutive game in which the Rockies have been unable to preserve a lead in a ballgame en route to a three-game sweep by the Dodgers.

Colorado quickly jumped out to a 4-0 lead in the first inning which began with back-to-back singles from DJ LeMahieu and Charlie Blackmon. Nolan Arenado added to the singles parade with one of his own to score the first run of the ballgame. Trevor Story then followed with a sacrifice fly to bring home another run. From there, Ian Desmond blasted a two-run home run to center field, adding an additional two runs.

The Dodgers got a quick strike in the second inning when Max Muncy hit a solo home run to left field.

However, the Rockies answered by scoring two runs in the bottom of the second. Alex Wood issued back-to-back walks to Chad Bettis and LeMahieu, which was followed with a single hit by Blackmon to load the bases. From there, Trevor Story was hit by a pitch to force home a run and then Desmond was walked to score another run, extending Colorado’s lead to 6-1.

The Dodgers, again, pressed the Rockies lead as Muncy hit yet another home run, this time a three-run shot to right field, making the score 6-4.

The game remained quiet until the sixth inning where the Rockies coughed up the lead. Chad Bettis was able to record two outs before surrendering a two-out double to Yasiel Puig, which ended his afternoon. Chris Rusin walked the lone batter he faced in relief and then Scott Oberg surrendered an RBI single to Logan Forsythe. Breyvic Valera then reached base safely on a throwing error by Story which allowed two runs to score and Los Angeles to take a 7-6 lead.

Despite not scoring in the sixth inning, the Rockies were able to rally in the seventh inning to score a run to tie the game. Arenado reached base on a one-out single and was able to advance to third base on a botched pick-off attempt by pitcher Brock Stewart. Desmond then hit a two-out groundball to Forsythe who lost the ball which allowed Demond to reach base and Arenado to score.

The two teams entered the 9th inning tied where the Rockies sent closer Wade Davis to the mound. Davis allowed a double to Forsythe to start the inning and later walked Chris Taylor. With two runners on, Justin Turner hit a dribbler back to Davis, but Forsythe was running on contact and was able to score before Daivs had an opportunity to throw home to score the go-ahead run for the Rockies. From there, the Dodgers blew the game wide open when Yasmani Grandal hit a two-run home run, extending their lead to 10-7.

The Rockies were unable to score in the ninth inning leading to the sweep and their fourth consecutive loss.

The Rockies will travel to Cincinnati for a three-game series with the Reds beginning Tuesday.