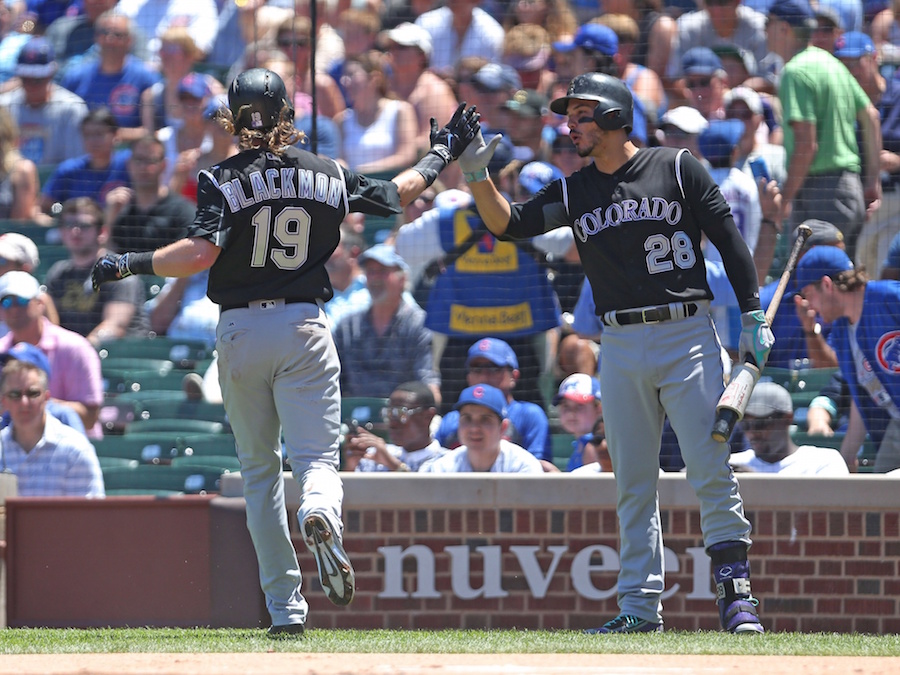 The Colorado Rockies not only did some damage to the Chicago Cubs win-loss record last week, taking three of four games in a weekend series at Wrigley Field, they also put a dent in the All-Star hopes of a couple Cubs.

All but Heyward will have to rise to first place in order to start the Midsummer Classic in Miami; he’ll have to hold of his teammate Ben Zobrist and Matt Kemp of the Atlanta Braves.

The Rockies’ Charlie Blackmon has all but locked in his spot as the second outfielder for the National League with a huge week at the voting booth. Blackmon pulled in 608,537 votes last week – nearly triple the amounts Heyward and Zobrist earned.

Here’s how the outfield voting stacked up last week…

If Blackmon can extend his lead just a little more, Heyward, Zobrist and Kemp would be effectively fighting one another for the final spot in the outfield. Heyward is hitting just .257 with five home runs this season. Zobrist is hitting .228 with seven home runs, while Kemp is hitting .326 with 10 home runs. Blackmon is at .337 and 15 by comparison.

Here’s where votes stood as of Monday…

Just like a Wrigley, however, it wasn’t a clean sweep for the Rockies. At third base, Rockies hopeful Nolan Arenado actually lost some ground to Kris Bryant.

Here are this week’s totals…

DJ LeMahieu more than doubled his voting total for Colorado at second base last week, but he’s still far behind Baez and Daniel Murphy. He’d likely need a manager or player selection to get him in this year.

Voting ends on June 29, so things are looking good for Charlie Blackmon. Nolan still needs to make a huge surge to surpass Bryant, but crazier things have happened. Like the Rockies taking five of seven games from the defending world champions this season.