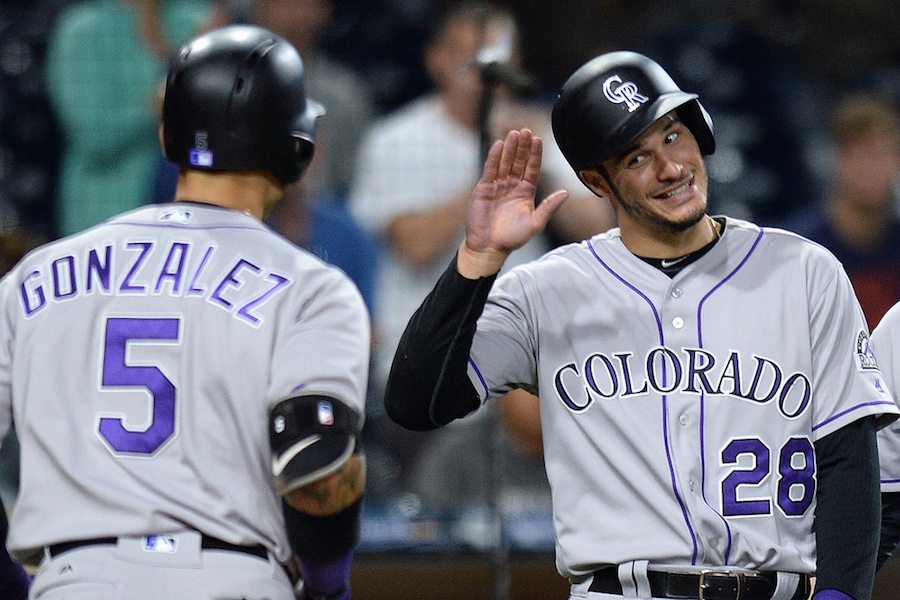 Last week, before his team departed for Los Angeles on a six-game road trip, Walt Weiss told reporters that he felt his team had five position players and one pitcher that deserved to be named to the 2016 NL All-Star roster. He’ll have to settle for two and an asterisk.

Nolan Arenado and Carlos Gonzalez were voted by the players to their second and third All-Star games, respectively, MLB announced Tuesday night. Entering Tuesday’s game against to San Francisco, Arenado was leading the NL in RBIs and tied for second in home runs; Gonzalez ranked in the top 10 in both batting average and home runs, and 13th in RBIs. The pair of Rockies sluggers were added as reserves by their fellow players while fans voted five Chicago Cubs into the starting lineup, including all four infield position players.

DJ LeMahieu was the odd man out at second base as Daniel Murphy  (who leads the league in batting) was also named a reserve. Charlie Blackmon and Tyler Chatwood, two of Weiss’ other nominees were not on the radar.

There is still hope for one last player, however. Trevor Story, who lit the baseball world on fire with his heroic start to his MLB career, is one of five players eligible for the last roster spot via the 2016 Esurance (not a paid endorsement) MLB All-Star Game Final Vote.

He’s not the most deserving (that would be LeMahieu, who is currently fourth in the league in batting and again playing spectacular defense), but he’s been the poster boy for a surprising Rockies season thus far. And the best news is, there are no Cubs on the Final Vote ballot. Fans can also vote on Twitter from 8 a.m. to 2 p.m. MDT on Friday using the hastag #StoryTime.