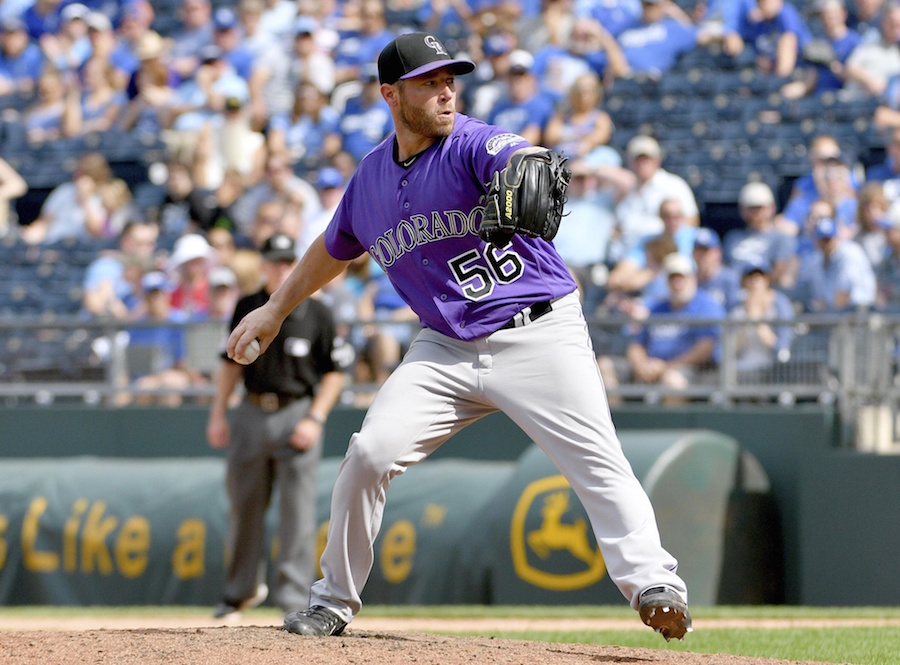 Holland, who came off Tommy John surgery, which he underwent in October of 2015, bounced back in 2017 after missing all of the 2016 season.

Holland was a strong back-end anchor for the Rockies bullpen, striking out 70 batters in only 57-innings and helping the Rockies clinch the second Wild Card in the National League.

Holland, who was named N.L. Reliever of the Month in both April and May, was selected to his third career All-Star Game, where he tossed a scoreless inning and a pair of strikeouts in a 2-1 loss to the American League.

The North Carolina native converted each of his 19 save opportunities, allowing just three runs with 28 strikeouts over 19.2 innings pitched with a 1.37 ERA in his award-winning opening two months of play. His 11 saves in April tied a Rockies record for saves in a single month, joining Brian Fuentes (May 2011) and Huston Street (June 2009). He converted each of his first 23 save chances on the season, posting a 1.09 ERA over 26 appearances from April 3 through June 14.

Holland is the first Rockies player to win the Comeback Player of the Year award.

The 10th round selection in the 2007 draft notched his 500th Major League strikeout in his final appearance of the regular season on Sep. 30 against the Dodgers.