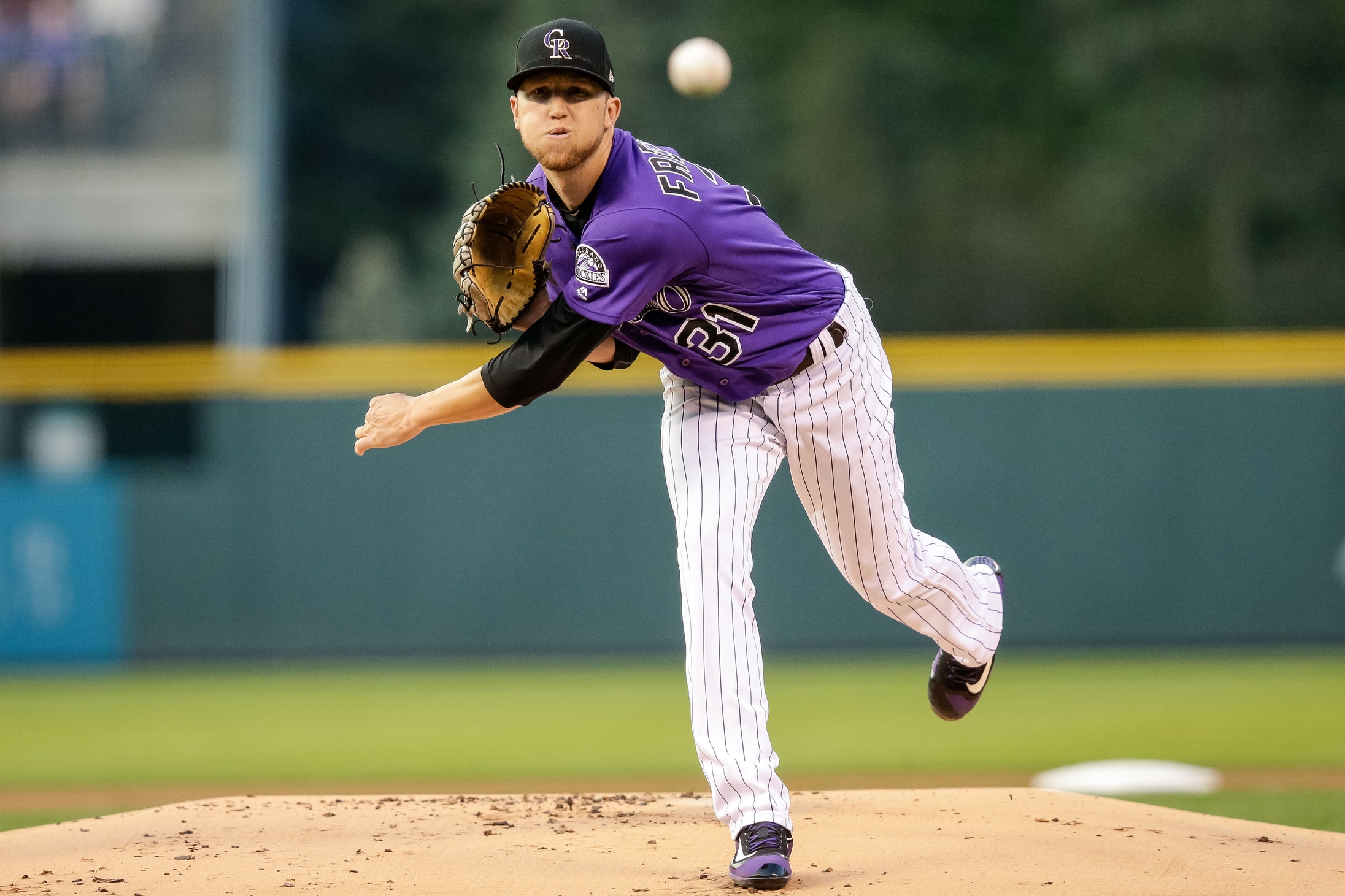 The 2017 season was like something out of a storybook for Colorado Rockies starting pitcher Kyle Freeland. A native of Colorado and a graduate of Thomas Jefferson High School, Freeland was selected by his hometown team with the eighth overall pick in the 2014 MLB Draft. He beat the Los Angeles Dodgers in the home opener in his Major League debut and was two outs away from a no-hitter in front of the home crowd in July. He capped his first big-league season with a trip to the postseason.

It fulfilled a dream that many players fantasize about as kids. For Freeland, last year was a dream come true and an experience he relished.

“I think I embraced it to the full extent,” Freeland, now preparing for the 2018 season at Rockies Spring Training, said of his rookie season. “It was really cool. At times, it felt like there was some pressure, but that’s part of the game, and that’s part of the story. Embracing it is the best way to go about it, that way you get the full feel of every situation.”

Freeland dazzled in his rookie year. He won 11 games while posting an ERA of 4.10 in 28 starts. While his first season in the majors was a success, Freeland is pressing to get his sophomore year started with a year of professional experience now on his résumé.

“It feels good,” Freeland said of having experience in the major leagues. “Still a lot of work to do and a lot of things to work on, but it’s good to be able to know that I have that. I have that comfort level of having a year under my belt and being able to face all those hitters throughout last year and understand how things work, how things operate, and all the ropes that come into it.”

Freeland admitted that playing in his hometown as a rookie was nerve-racking at times. Although he did a tremendous job of remaining composed on the mound throughout the year, the shock and awe of being a rookie from the Mile High City was an outside factor he had to battle with. He also had to deal with all that comes with being a starting pitcher in baseball, let alone being a featured arm in a young rotation with multiple pitchers under the age of 27.

Now a year removed from a season loaded with extravagance, Freeland is looking forward to buckling down a bit to focus on his craft with the outside factors subsiding.

“After a year of being in Denver, and having that story sink in and start to lay lower now, it’s going to be nice to have that comfortable time where I can go out there and be focused on what I need to do.”

Not quite 25 years old, Freeland understands that it will take time for him to reach his peak performance ability. This season Freeland hopes to become a more well-rounded pitcher, which starts with pinpointing areas of his game that need to be improved.

“One thing I learned last season was at the end of each season, look at your stats and pick a stat, not ERA or strikeouts, but pick a stat that kind of hides and improve upon it for the next year,” Freeland told Eric Goodman and Les Shapiro of Afternoon Drive on Tuesday. “My stat that I’m going to improve upon for this year is my walks throughout the year. They kind of got a little high last year, and that’s one thing I like to improve myself on is not walking a lot of people.”

While the 2017 season was magical for Freeland due to the circumstances and his performance, it was memorable all-around for the Rockies organization as they returned to the postseason for the first time in nearly a decade. Colorado grabbed the second National League Wild Card bid, but wound up losing to the Arizona Diamondbacks 11-8 in the one-game playoff.

That game represented the first time a majority of the Rockies players, specifically their young rotation, were exposed to the tension of playing in baseball’s big dance. It was a high-pressure situation, and starting pitcher Jon Gray crumbled under the intensity. He allowed four earned runs and seven hits in 1.1 innings pitched and took the loss.

Freeland says everyone in the Rockies clubhouse — not just Gray — learned from that experience, and now are ready to enter the fire of trying to become a perennial playoff team in the sport.

“In that game, it was the first time for a lot of us — whether you were starting or not, but talking with some of the guys in the dugout — hearing that crowd and being in that atmosphere and feeling that energy. You can only learn about it by being in it and experiencing it, so that’s something we were all able to experience. Playing or not, it’s something we have to take with us into this season and when we get to that point to not let it affect us.”

Despite Colorado’s impressive season, critics have been hesitant to say the Rockies can repeat their success of last year, largely in part because of their young rotation. However, the Rockies had four 10+ game winners in Freeland, Gray, German Marquez, and Antonio Senzatela, all of whom were under the age of 27 last year. Their performance, mixed with the fact that each pitcher is now more experienced, has Freeland believing that the staff, regardless of age, has what it takes to lead the Rockies back to the promised land.

“Absolutely,” Freeland said. “It’s great that we all went through the same thing last year. As rookies, we came together as one really and did an incredible job and kind of shocked a lot of people in the baseball world with what we can do. Now we all have a year under our belts, and it’s only onward and upward for us.”

Listen to the full interview with Freeland on Afternoon Drive in the podcast below.