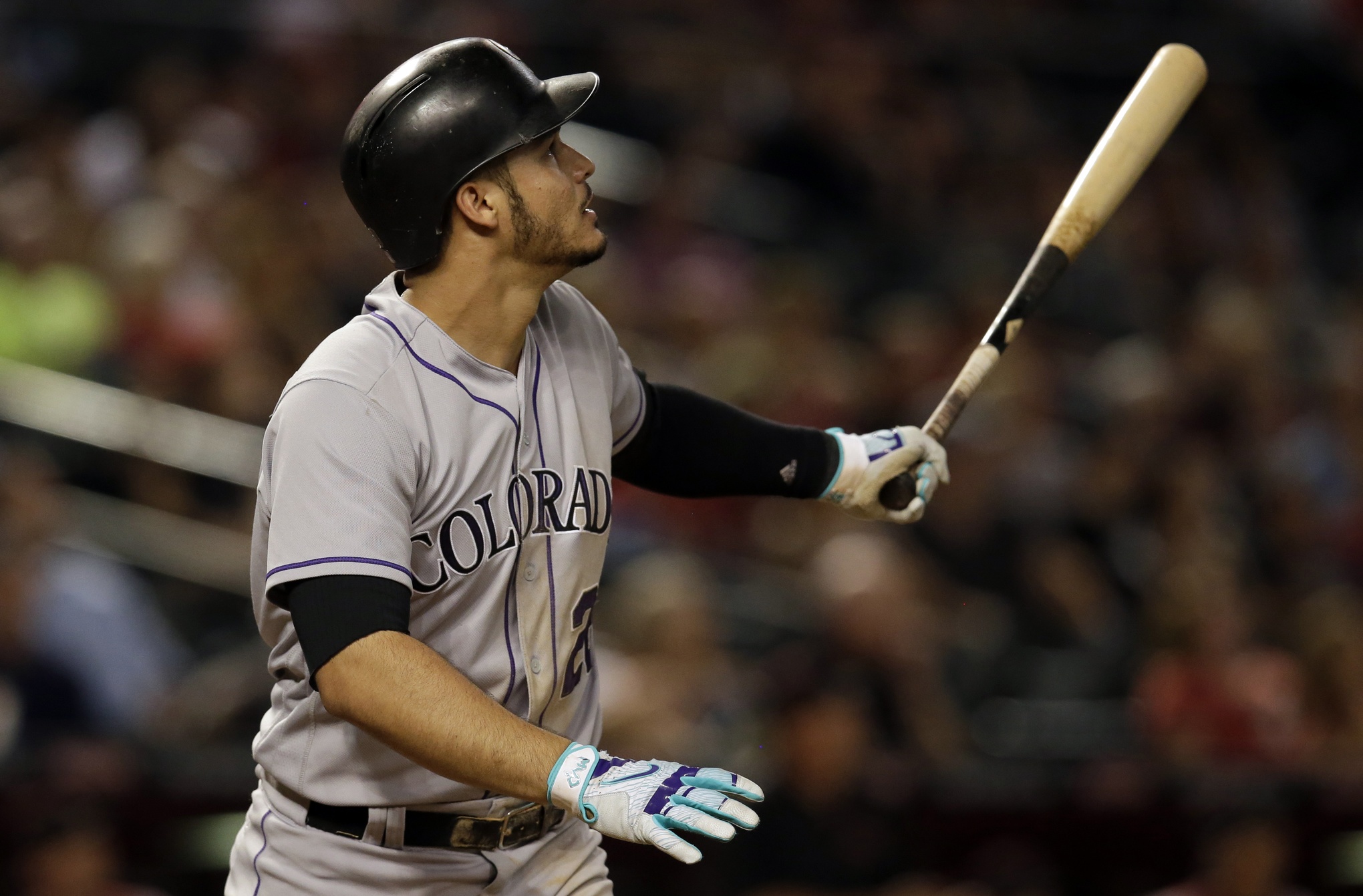 This is it, Colorado Rockies fans; the home stretch of what has been a magical 2017 season. A year that has consisted of lofty peaks and deep valleys now has less than 20 games remaining on the schedule.

Its do or die time for the Rockies. If they want to solidify their first trip to the postseason in a decade, Nolan Arenado will need to step up and finish what has been another MVP-caliber season for the 26-year-old All-Star.

It’s like this: When Arenado plays well, so do the Rockies.

Take the past month or so for reference.

The month of August was not kind to any of the Rockies. The pitching was out of sync, and the bats were in a funk. That included Arenado, who posted a dismal .265 batting average with just 20 RBIs and 27 hits, all season lows.

As Arenado slumped, so did the Rockies, as August wound up being the club’s only losing month of the season. Thankfully, Arenado fixed his hitting woes, and once that happened, the Rockies also found their winning ways once again, propelling themselves to a sweep of the mighty Los Angeles Dodgers and a victory in the first game of the critical series against the surging Arizona Diamondbacks.

Now, with just a handful of games remaining, it is essential that Arenado somehow takes his game to the next level, and leads the charge for this young Rockies club — both for the present and the future for Colorado’s best player.

The Rockies have worked tirelessly to get to where they are this late into the season. From rookie skipper Bud Black, to a rotation that at one point featured four rookies, Colorado has turned the heads of fans around the country, and in their city.

For years, the Rockies have built up the notorious reputation of becoming irrelevant by the time the calendar turned to July. They’ve been the laughingstock; the afterthought of Colorado sports for some time, but this season, they did something that they’ve rarely done before. They’ve demanded the attention of the city and the league.

This season has been a historic one for the Rockies, and it would be crushing to see it end on a sour note. All the club has worked for — from earning attention locally and nationally — would be wiped away in the blink of an eye. The season could be labeled as another failure. The Rockies can’t afford for that to happen, and Arenado is good enough to prevent it.

He’s been an MVP candidate this season, and rightfully so, but now more than ever, Colorado needs Arenado to continue to prove why he’s one of the best players in the league — and why the Rockies should no longer be considered a franchise that fades away every summer.

Arenado is a free agent after next season. Whether he stays in Denver or not remains to be seen, but if he plays his best ball on the biggest stage of his career with all the pressure on him and his club, it will go a long way on the open market.

A lot is riding on the last few series of the season for the Rockies. They are currently penciled in as the final wild-card entrant in the National League, but nothing is certain. Enough games remain for the Rockies to overtake the Diamondbacks for first place in the wild card race, but if they falter, either the Milwaukee Brewers or St. Loius Cardinals can squeeze in late and end the Rockies’ season.

From his jaw-dropping defensive plays to his magical walk-off home run for the cycle on Fathers’ Day, 2017 has been an enchanting season for Arenado and the Rockies. Now it’s time for the would-be MVP to step up and take control of his club as they enter the crucible that is September baseball.