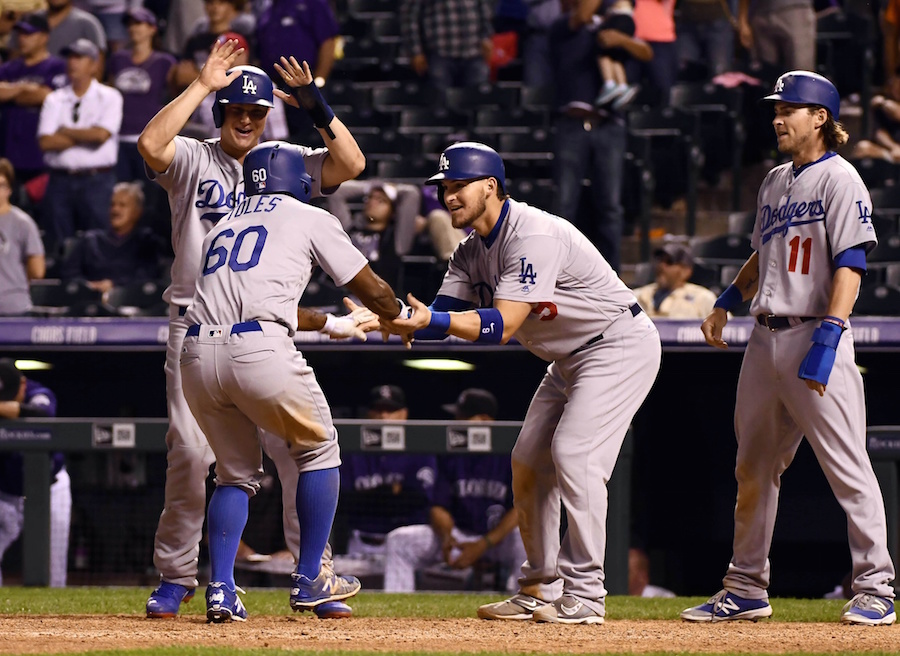 Colorado was just one out away from securing a series sweep over the division rival Los Angeles Dodgers, but a grand slam with two out in the ninth doomed Adam Ottavino and the Rockies.

“That one sucked,” Manager Walt Weiss said postgame. “We won the series, doesn’t feel like it.”

The Rockies were up 8-5 heading in the ninth when Andrew Toles came to the plate with the bases loaded.

Toles got a pitch he could handle, and made the Rockies pay, crushing the ball to left field to put the Dodgers ahead 10-8 late in the game.

For Otto, it was more than just one bad pitch.

“I didn’t have a great feel for my fastball today.” Ottavino said following the loss. “I didn’t have my best command tonight, and I really let everyone down.”

Ottavino surrendered a leadoff walk to Corey Seager who eventually scored on a single by Josh Reddick. That was preceded by a two-out single by Yasmani Grandal and followed by a walk to Joc Pederson. Toles provided the nail in the coffin.

The blame can’t fall completely on Ottavino, however. Colorado entered the eighth inning with an 8-2 lead before Matt Carasiti and Carlos Estevez combined to allow three runs and allow the Dodgers to sneak back within striking distance.

The Rockies were in a prime position to sweep the series against L.A. and ride out of the month of August on a high note, but come crunch time they choked.

Colorado scored five runs in the first inning, including four on a Stephen Cardullo grand slam – the first of his career. Nolan Arenado hit a two-run home run in the seventh inning to keep pace with Kris Bryant atop the NL leaderboard with 36. He also padded his Rockies RBI record in the month of August, ending the month with 36.

Jeff Hoffman had his potential first Major League win ripped out of his hands. The rookie allowed two runs on three hits over five innings in his third start since being called up.

The team has an off day Thursday, and will resume play on Friday as the Arizona Diamondbacks pay a visit to town for a three-game weekend series.