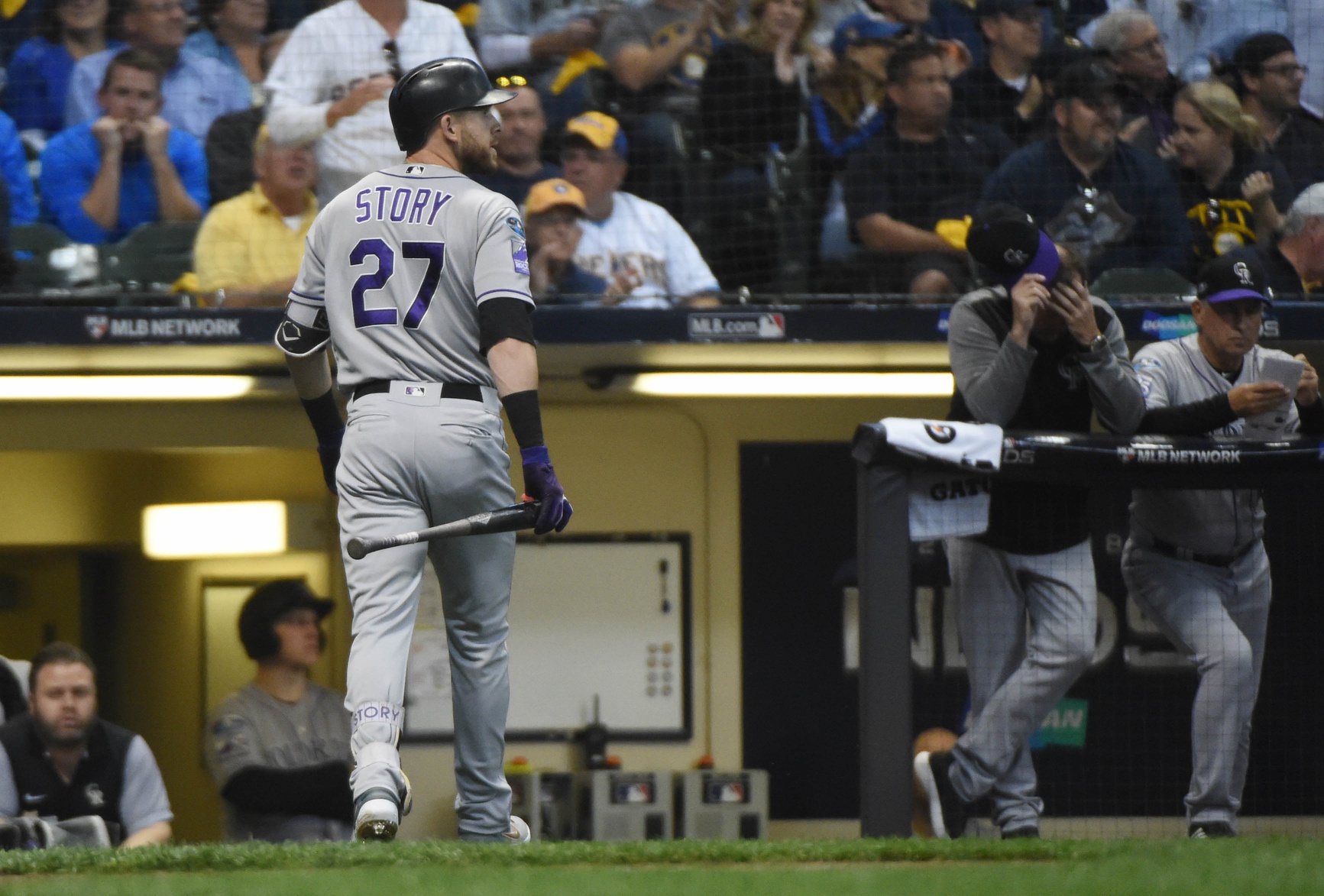 The Colorado Rockies advanced past the Chicago Cubs in the National League Wild Card game and find themselves in the Nation al Division Series against the top-seeded Brewers, and while it’s hard to complain about the success, Blake Street Irregulars podcast host Shawn Drotar (Mornings at 5280′) finds himself feeling like he’s been shouting into a hurricane all season regarding the Rockies’ offensive issues.

The team’s approach at the plate often defies logic, and now that they’re in the postseason – where runs are already at a premium – the Rockies’ “rip it and grip it” style is killing the team’s momentum at the plate, and on the scoreboard.

Following their 10-inning, 3-2 loss to the Brewers in NLDS Game 1 – where they had only one hit in the first eight innings, despite facing only relievers on a day where the Brewers put a pot luck of pitchers on the mound – the Rockies’ offensive numbers have became a horror show more fit for Halloween than the playoffs.

For the Rockies to advance in the postseason, they’ll have to do better – pronto.