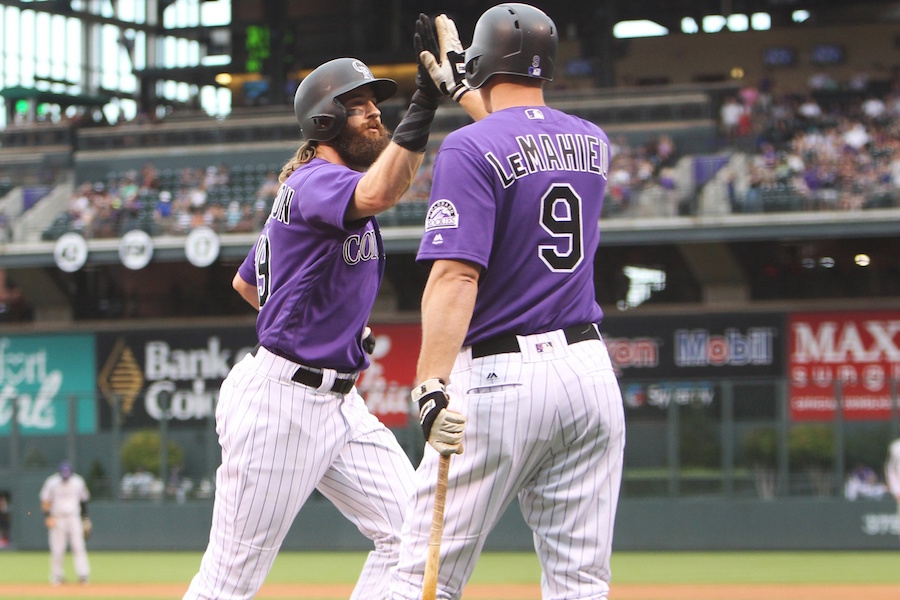 Charlie Blackmon set the tone early for the Colorado Rockies then added a high note late in a 9-6 victory over the San Diego Padres at Coors Field. Colorado survived a shaky eighth inning by the bullpen, but got solid work out of German Marquez to earn the win. It was the first time the Rockies have won back-to-back games since June 18 and 20, when they closed out an eight-game winning streak.

Blackmon hit a leadoff home run, the 26th of his career, to give the Rockies an early lead. It wouldn’t last long, as the Padres would answer with a two-run shot of their own in the second, but Trevor Story picked up his pitcher with an RBI single to tie things back up in the bottom half of the inning. The Rockies kept the bats rolling in the third, scoring five runs off San Diego starter Luis Perdomo (4-5, 4.94 ERA), including a pair of runs on bases-loaded walks. Parra went opposite field with his eighth home run of the year, a solo shot in the seventh to put Colorado up 8-3. The Padres would make it interesting in the eighth.

Jake McGee grabbed the last out in the seventh inning, but could not retire any of the three hitters he faced in the eighth – including Hector Sanchez who homered to lead off the inning. Adam Ottavino fell behind the first two hitters he faced in relief of McGee, but still managed to get a pair of outs. Then, up 0-2 to Allen Cordoba, Ottavino gave up an RBI single to bring the Padres to within two. Scott Oberg gave up a single to the only batter he faced and Rockies manager Bud Black was forced to use his fourth pitcher of the eighth inning, Mike Dunn. Mercifully, Dunn forced Carlos Asuaje to fly out to center to end the inning.

In the bottom of the eighth, the Rockies manufactured a crucial insurance run starting when Pat Valaika took a one-out walk. Blackmon’s third hit of the night moved Valaika to third and DJ LeMahieu drove him in with a sacrifice fly. Blackmon also had a walk and two runs scored to fill up his box score.

Greg Holland struck out the first two batters he faced, then gave up a double Jose Pirela before Matt Szczur grounded out to end the game and earn his 29th save of the year.

The victory moves Colorado’s record to 54-41, 27-18 at home. The Rockies are now 11 games back of the Dodgers in the NL West, but gained no ground in their hold on the second Wild Card spot as the Cubs beat the Braves. Antonio Senzatela (9-3, 4.63) is expected to be recalled from a Triple-A assignment to start on Tuesday. First pitch is scheduled for 6:40 p.m. MDT.