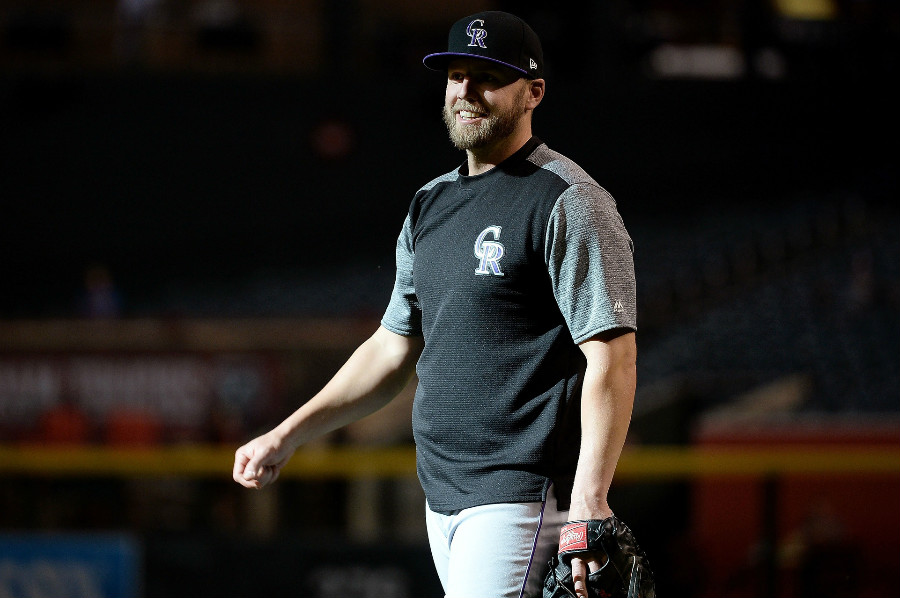 When the Colorado Rockies signed Ian Desmond to the largest contract in franchise history to play first base, they knew a few problems had the potential to arise at the corner infield position.

Well, just under 30 games into the season, the Rockies have a problem at first base; however, the problem is one the Rockies are fortunate to be dealing with.

Instead of lacking enough talent to play first base, the Rockies have too much of it. After they had signed Desmond, Colorado re-signed Mark Reynolds to a minor-league contract as an insurance policy in case the Desmond experiment did not work out. When Desmond fractured his hand in mid-March, Reynolds took over the duties at first base, eventually becoming the team’s opening day first baseman.

Reynolds has produced big time for Colorado this season, hitting .307 with 23 RBI’s and eight home runs. With Desmond’s return, the Rockies were presented with the task of how best to accommodate the players while putting the best pieces into the lineup on a nightly basis.

Well, in the four games Desmond has played since returning for Colorado, he’s seen action at both at first base and the outfield. The game-by-game methodology of picking who will play first base on a particular night is one the Rockies will continue to use as the season progresses, per manager Bud Black.

“The plan is one where we take each and every day as a unique game, but we feel with the combination of Ian, Mark, Parra, guys who have played first base, great options every night,” Black said to the media prior to Friday’s series opener against the Arizona Diamondbacks. “Depending on how guys are swinging, if guys need a day off from starting, certain matchups. All those things we take into consideration.

“We have a plan every day about why we are doing certain things. But is it specific to the number of days, day game after a night game, not really. We’ll look at the opponent, the opposing pitcher, we’ll look at how our guys are playing, then we will formulate a lineup.”

The wait-and-see approach is smart for the Rockies, but one that may not last for very long. David Dahl is creeping in on a return from a stress fracture in his ribs which make it hard to continue to justify Desmond playing in the outfield. Sooner or later Colorado will have to permanently address first base this season; however, for the time being, the club will take things as they come.