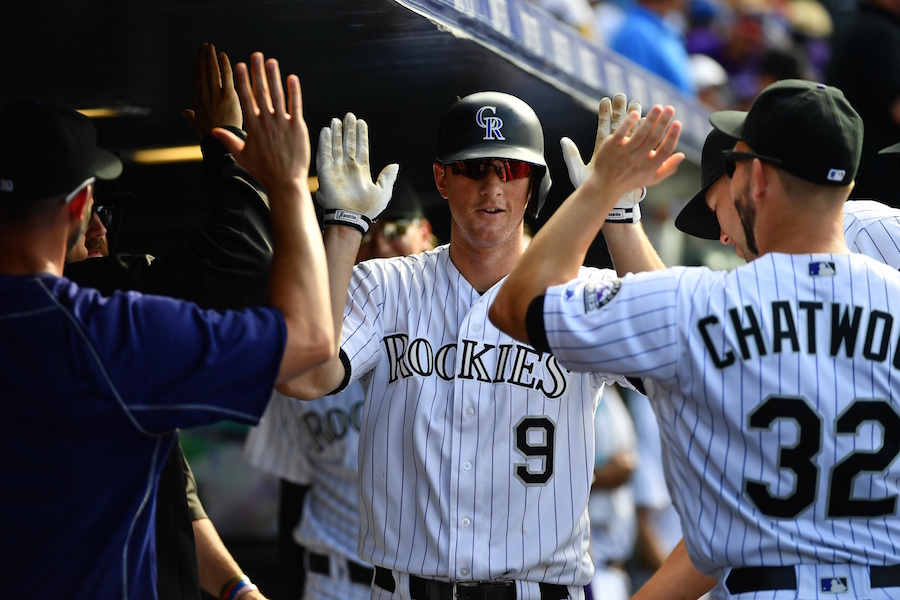 Baseball is a game filled with statistical oddities and coincidences. Take D.J. LeMahieu and Daniel Murphy, who on August 21 both have exactly 150 hits in exactly 435 at-bats and are currently tied atop the NL leaderboard hitting .345.

This time last week LeMahieu was hitting .331 and in third place while Murphy was alone at .347. The Rockies took two of three games from Murphy and the Nationals, the NL’s second-best team, and LeMahieu racked up nine hits in 12 at-bats in the series.

The Rockies second baseman capped off the week with a 3-for-4 effort in a big win over the Cubs on Sunday, the best team in baseball, to help seal a series win. Colorado clubbed 14 hits, including four from Nolan Arenado, in the win.

Arenado left the yard twice and drove in more than half (six) of Colorado’s 11 runs.

David Dahl hit leadoff for the third straight game in place of Charlie Blackmon, who is dealing with a big to contusion. Dahl was 1-for-5 with a run scored.

Jorge De La Rosa was outstanding, scattering four hits over eight innings. He surrendered two solo home runs to Addison Russell for the only runs he allowed. Matt Carasiti gave up two runs on three hits in the ninth.

After being swept by the Phillies and losing eight of nine, the Rockies showed this past week they can beat the big dogs in the National League. They remain 6.5 games back in the Wild Card, 8.5 back in the division, but the past week could be the spark they needed to make a run towards October baseball. Thirteen of their remaining games are against either Los Angeles or San Francisco, who are locked in a battle for the NL West.

It took LeMaheiu one week to catch Murphy. The Rockies have more than a month to catch the Dodgers and Giants.