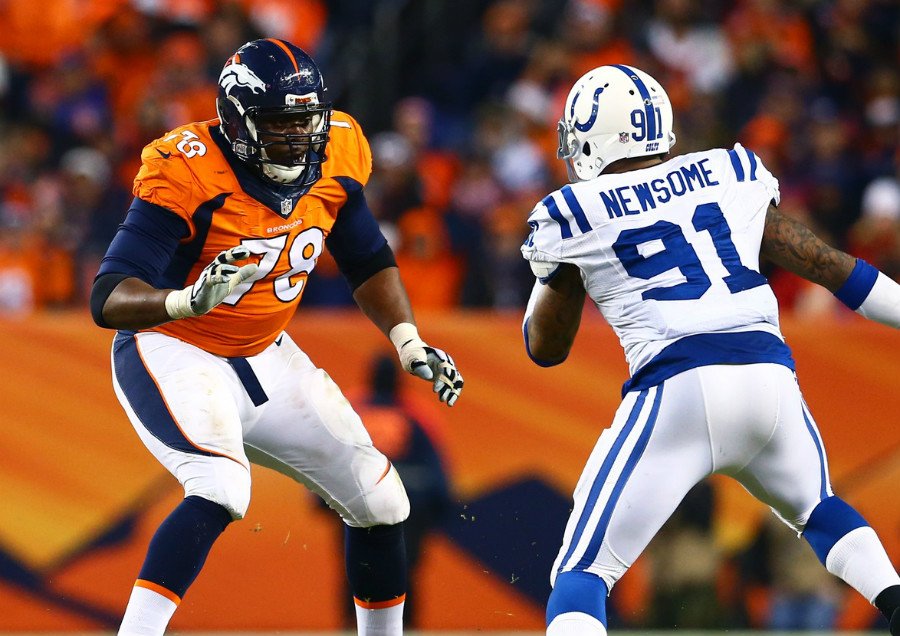 Ryan Clady, who suffered a torn ACL before the season, hasn’t been able to contribute much of anything on the field in 2015, but off the field, he’s making a big difference.

Shiloh House, which Clady’s foundation has partnered with in each of the last two years, is a non-profit organization centered out of Littleton, CO, that “offers nurturing, therapeutic and educational services to empower youth and families to overcome the impact of abuse, neglect and trauma.”

In partnership with Red Robin and Target, Clady, along with teammate Evan Mathis, took the group of Shiloh House kids out to dinner before hitting the isles of Target for a Christmas shopping spree.

Clady has been taking kids shopping for the last four years, but it was Mile High Sports Radio’s Alex Ramirez, from The Final Word (Sundays, 10a-12p), who got Clady in touch with Shiloh House last season. Shiloh House is the presenting sponsor of The Final Word, featuring Ramirez and Joe Rico, and has been an instrumental part of the show.

“Shiloh House is, without a doubt, the most rewarding sponsor we’ve ever had,” Ramirez said. “We believe in giving back, and Shiloh House allows us to help give these kids a voice. Our show wouldn’t exist without them.”

If you’d like to learn more about Shiloh House and how you can help their cause, you can visit their website or follow them on Facebook. And make sure to catch Alex Ramirez and Joe Rico on The Final Word before Broncos games every Sunday.