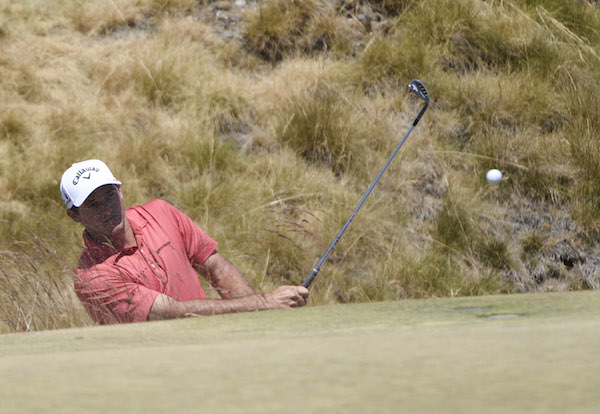 Fort Collins resident Sam Saunders completed the 115th US Open at Chambers Bay on Sunday, finishing in a tie for 50th place with a 9-over par 289, his best finish in a major championship.

Saunders, profiled in Mile High Sports Magazine in May, is the grandson of seven-time major champion, Arnold Palmer.

It was the second US Open of Saunders’ carer. He missed the cut in 2011 at Congressional Country Club in Bethesda, Md., his only other major appearance.

At Chambers Bay Saunders finished in a tie with Lee Westwood and carded his only under-par round on Sunday, a 1-under 69. Of players who made the cut, he finished ahead of former major winners Angel Cabrera, Ernie Els, Zach Johnson and Phil Mickelson and notable names such as Luke Donald and Colin Montgomerie.

Saunders carded rounds of 72 on both Thursday and Friday to make the cut at a respectable plus-4, but four bogeys and a triple bogey on Saturday put a top ten finish out of reach heading into the final round.

The course at Chambers Bay was particularly difficult, especially the greens. Ian Poulter made noise following the tournament, saying that were it not a major championship that players would have left the tournament in protest over the poor playing conditions.