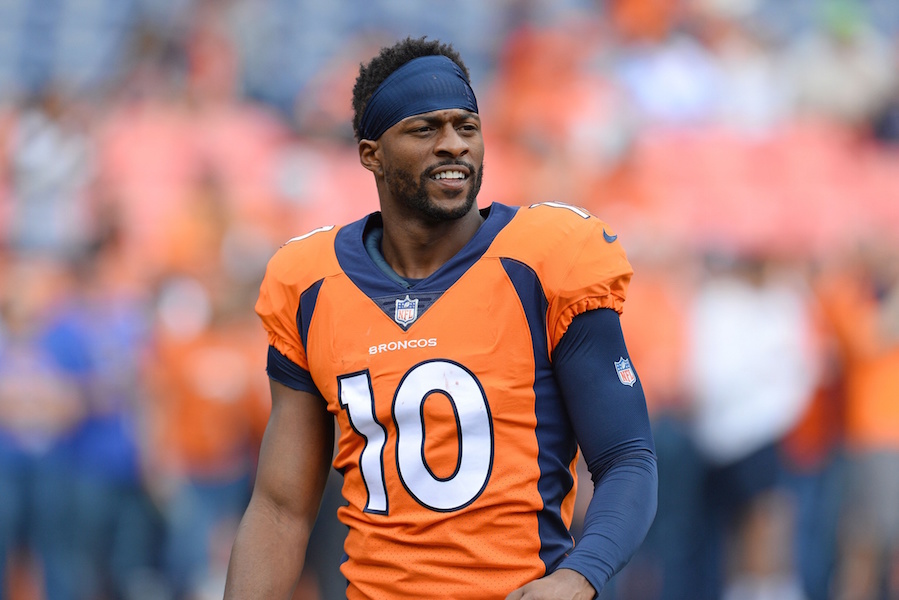 After missing the final four games of the 2018 season with a torn Achilles, Emmanuel Sanders is back to prove that he can still be a weapon in the NFL. Sanders started working in seven-on-seven drills this week, marking the first time since his surgery in December that he’s done so. He joined Eric Godman and Les Shapiro of Afternoon Drive on Mile High Sports AM 1340 | FM 104.7 to discuss his recovery.

“I always knew I was gonna come back,” Sanders said. “I’ve proved myself in this league [for] a long time, and If you know me you know there’s nothing that can really bring me down.”

Sanders has yet to be a full participant in practice this off season, but hopes to be available for the Broncos’ Week 1 matchup against the Oakland Raiders. “Obviously, in my head, when I’m going out and going full speed and doing well, I want to say ‘Give me more, give me more’,” Sanders said. “At the end of the day, I gotta take a step back… still trust the process of getting back and still take my time.” Sanders would go on to say that “Coach [Vic Fangio] always says ‘Don’t give up what you want most for what you want now’ and what I want most is to be there Week 1.”

You can listen to the full interview with Emmanuel Sanders here or below, including what he thinks of Joe Flacco and his German skills.