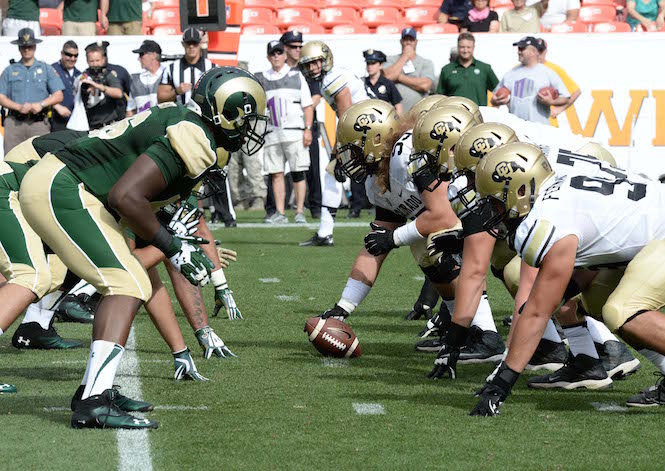 Selecting the best of the best in college football in Colorado

As Mile High Sports Magazine celebrates its annual college football preview issue, this year featuring two local wide receivers on the Biletnikoff Award watch list, Rashard Higgins of Colorado State and Nelson Spruce of Colorado, the debate will rage as to which of these standouts is the best in the state.

Consider it the “All-Centennial State College Football Team.” And it will be selected by you, the fans.

It all starts with the quarterback. At every level of football, since the invention of the forward pass, the quarterback has been the man who bears the biggest burden of success or failure of a team. Colorado universities have seen plenty of success through the years, all thanks to these stellar quarterbacks. It’s no coincidence that these schools’ best years were when these guys were at the helm. But which is the best of all time? Submit your vote below!