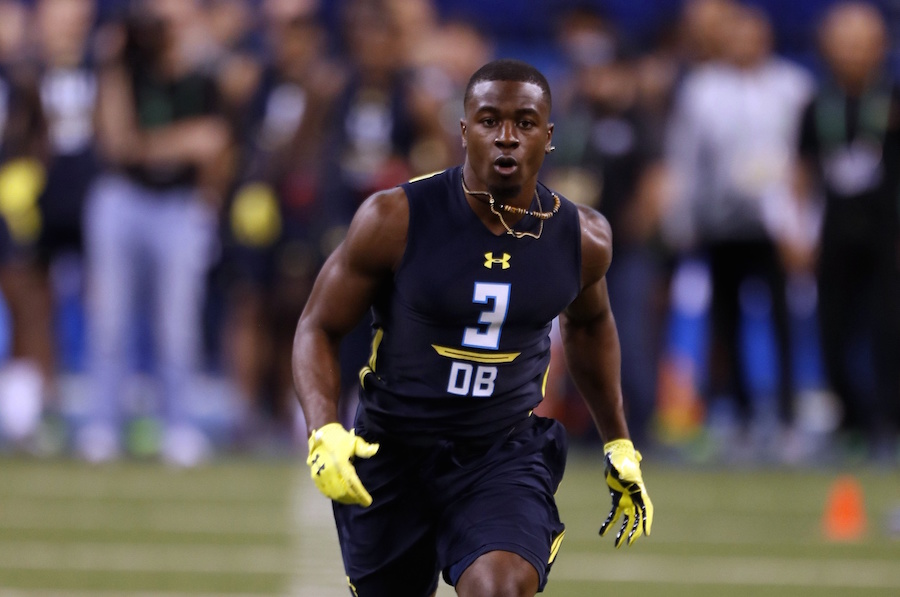 The Denver Broncos are preparing for the 2017 NFL Draft, and readying their final draft board, hoping to scoop up the top talent. While John Elway and company will be looking all over the world of college football for top prospects, the Broncos also have a history of staying close to home.

Current Broncos Ty Sambrailo, Kapri Bibbs and Shaquil Barrett hail from Colorado State. Former players Ronnie Bradford, Matt Lepsis, and Alfred Williams all played their college ball in Boulder, for the University of Colorado. The University of Wyoming has provided solid contributors like Mitch Unrein and Patrick Chukwurah. Even the Air Force Academy, has sent a few players north to wear the orange and blue, such as Ben Garland and Steve Russ, who was selected by Denver in the seventh round of the 1995 NFL Draft, and played a few productive seasons.

The Broncos have 10 picks in this year’s draft, and there are a few players from local schools that could find themselves on their draft board. Here are a few of the best possibilities.

The Broncos could be on the lookout for a wide receiver to fill out the depth chart, and Robinette could be a value in the later rounds. At six-foot-three and 220 pounds Robinette is a deep play threat, that averaged over 27 yards per catch, in 2016. In his final season with the Falcons, Robinette caught 35 passes for 959 yards and six touchdowns. Playing in the Air Force option attack, he will need to grow as a route runner, but his ability to attack the football in the air, could make him a nice fit for a developmental role.

With a name like Steelhammer, how could he not be a ball-hawking safety, that can deliver a big hit? Yes, the Broncos are probably already set at the safety position, with Justin Simmons and Will Parks. Yet, we can’t overlook Steelhammer, who was a three-year starter at the Academy, and has excellent football instincts. He is a bit undersized, but he more than makes up for it, by using his intelligence and solid tackling techniques. If nothing else, he may be able to fill a valuable role on special teams, and let’s be honest, he might have the coolest name in the draft.

You can never have enough solid cornerbacks, and Awuzie could be available at a spot that would be risk free. He would fit the Broncos man to man scheme, and has explosive athletic ability. As a senior in Boulder, he notched 65 tackles, and defended 12 passes. He was less than impressive at the Senior Bowl, but that could help the Broncos grab him with a later pick. He does have NFL speed, and could only improve playing behind the talented trio of Chris Harris Jr, Aqib Talib and Bradley Roby.

A Parade All-American as a senior at Fountain Fort Carson High School in Colorado Springs, Davis elected to stay close to home for college. While in Fort Collins, he was tackling machine, making a number of those tackles in the opponent’s backfield. In his final season with the Rams, he accounted for 110 total tackles, with 10.5 tackles for loss, four forced fumbles, and three sacks. He will need to get stronger to ward off NFL blockers, but scouts like his athleticism, and he could be a late round possibility.

Just a couple hours up I-25 in Laramie, Wyoming, Chase Roullier managed to put together a pretty solid career for the Cowboys. He has the versatility that NFL teams covet, as he has experience playing both guard and tackle, and he is a scrappy player that is gaining some popularity among NFL scouts. At 6-foot-4 and 312 pounds, he was voted first team all-conference in the Mountain West, while helping Wyoming go to their conference championship game. He doesn’t have the arm length that some of the top prospects have, but that didn’t stop him from being one of the of the strongest run blockers in the country. He is a sturdy anchor that stays on his blocks, and I think we can all agree the Broncos could use a few more of those on their offensive front.

He may not hear his name called during the draft, simply because of his size, but don’t underestimate the ability of this talented runner. Yes, he stands just 5-foot-9 and weighs in under two hundred pounds, but Ekeler can compete for a roster spot in the NFL. Over the past four years at Western State in Gunnison he has broken nearly every record in the books while rushing for nearly 6,000 yards and 55 touchdowns. He was named to three different All-American teams, and even though he played at a small school, he could be a playmaker that the Broncos could definitely use.