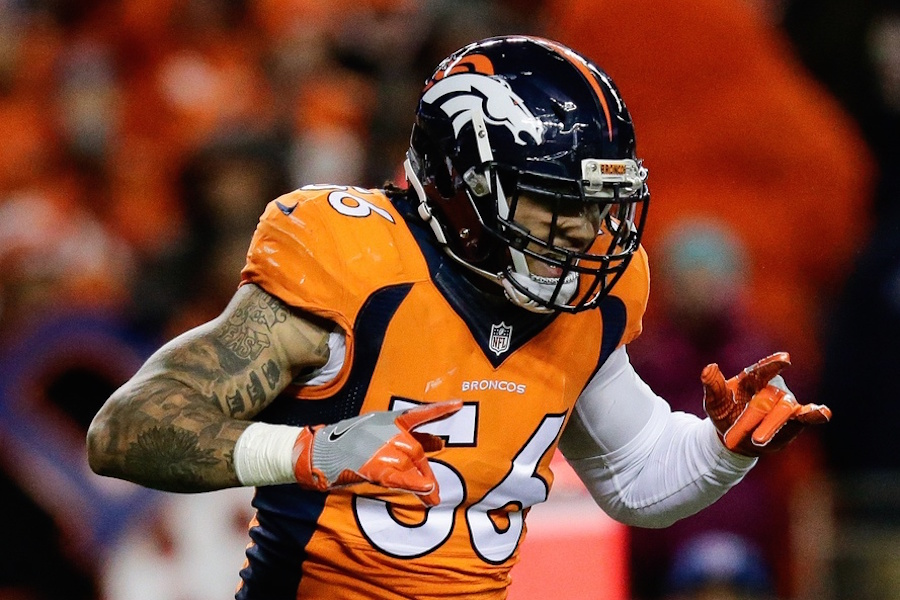 Shane Ray was sidelined for four games last year due to a wrist injury that he suffered during training camp in 2017, but is healthy now and ready to contribute to a Broncos’ defense that is loaded with elite pass rushers.

The NFL implemented a new helmet rule during the offseason, and it has already received a lot of scrutiny after it debuted during the Hall of Fame Game Thursday night. Ray mentioned how the new rule is going to affect him and the Broncos’ defense.

“We’ve just got to find ways around it,” said Ray. “Anytime we get changes or something like that, we just go to figure out a way to stay within the rules and do our best. But it’s hard. It’s football. I hope they’re not as strict, because it makes it a lot harder for a defensive player to go up and wrap a guy up when he’s trying to change directions.”

Ray was scheduled for another surgery on his wrist, but doctors determined that avoiding it was the best course before the start of training camp.

“I’ve been feeling good,” Ray continued. “The biggest thing for me lately was just kind of getting used to putting it into the right place, because my hand kind of moves at a different angle then if I didn’t have the splint on.”

Ray has been impressed with Keenum and is excited to see what he can bring to the team in 2018.

“He [Keenum] comes out and challenges us as a defense every day,” said Ray. “He’s putting balls in the right spot. He’s controlling the offense. You can just see how poised and relaxed he is and how he’s doing things.”

Click here to listen to the full interview with Shane Ray.