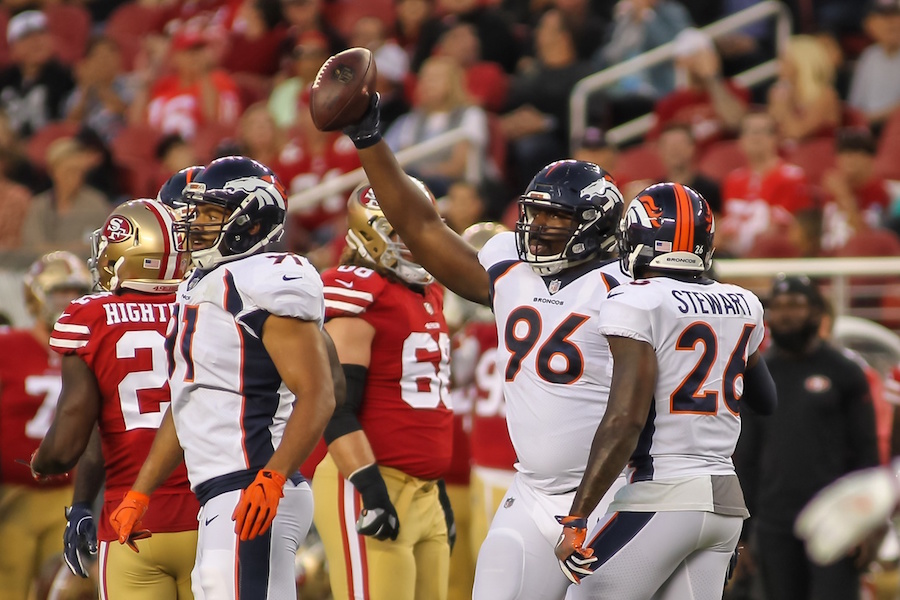 After three roller-coaster seasons in the NFL, defensive end Shelby Harris seems to have found a home on the initial Denver Broncos 53-man roster ahead of the 2017 regular season.

After being selected with the 235th overall pick in the 2014 NFL draft by the Oakland Raiders, Harris has bounced around quite a bit. In two seasons with the Raiders, Harris was waived three separate times before being released in the spring prior to the 2016 season.

After the Raiders released him in 2016, Harris had a short stint with the New York Jets before being released once again before the 2016 season. The Dallas Cowboys then picked up Harris in December of 2016, but he was released in January of 2017. In his three seasons in the NFL, Harris has only appeared in eight games and recorded just 14 tackles.

After being bounced around, Harris signed a futures contract with the Broncos in January, and the Broncos seem to have found a treasure in someone that Oakland, New York and Dallas wanted nothing to do with.

In the wake of the wave of injuries to the defensive line, Harris has made the most of his opportunity. From sacking the quarterback to stopping the run, forcing fumbles and recovering them, Harris has done a little bit of everything.

“[After] losing Billy Winn, Shelby’s opportunity became a better opportunity,” Joseph said. “We’ve got number of guys that we can fill with that fit; that sixth spot on defense line. Shelby has played very well.”

Fortunately for him, his everything was enough to land him a spot on the Broncos’ 53-man roster.