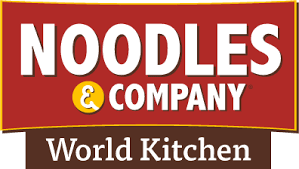 That’s right, sports fans. The leading purveyor of international-themed, macaroni-based cuisine is based right here in Broomfield, providing the perfect chance to spread awareness that Noodles & Company is a Colorado company, (Just like Sports Authority did! Oh, wait…)

And depending on how things shake out over the next week with the Broncos’ quarterback situation, there could be a real tie-in for at least another year with a certain Hall of Fame quarterback whose arm isn’t, well… isn’t quite what it used to be.

We’re not sure how Emmanuel Sanders and Demaryius Thomas will feel about being called “& Company,” but a poster and t-shirt series for “Noodles & Company” featuring Manning and his receivers would be a huge hit with local fans à la the old “Three Amigos” days.