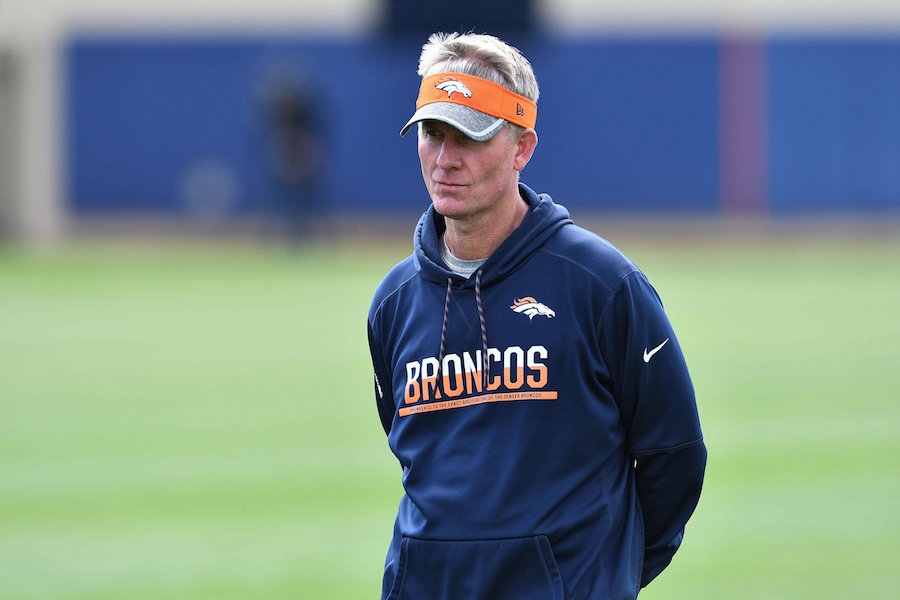 After six straight losses and seven in eight games, the Denver Broncos have made their first major shakeup. Offensive coordinator Mike McCoy was relieved of his duties Monday morning, according to multiple reports. Bill Musgrave, the Broncos quarterbacks coach and a former offensive coordinator, will assume McCoy’s duties.

“I have a responsibility to do what’s best for our football team,” head coach Vance Joseph said as part of a statement released by the team. “Although this wasn’t an easy decision, we needed to make this change. We have to play a more efficient brand of football offensively as we begin the final stretch of our season.

The move comes following another stagnant offensive performance, this time against the Cincinnati Bengals in a 20-17 loss.

Denver has been held below 20 points in seven of their 10 games this season, including being shut out for the first time in a quarter century.

The biggest problem on offense, however, has been turnovers. Denver again lost the turnover battle on Sunday, with Brock Osweiler’s 100-yard interception and C.J. Anderson’s fourth-quarter fumbles both resulted in touchdowns. Denver has 23 turnovers on the season to only 17 offensive touchdowns.

“I’m disappointed that things didn’t work out because this is a special organization and a great place to be,” McCoy said in the statement. “I want to thank Vance for the opportunity he gave me and the entire organization from Mr. [Bowlen] all the way on down. I appreciate the hard work of our players and was proud to work with them along with the rest of our coaching staff. My family and I loved it here, and I’m very thankful for my time with the Denver Broncos.”

At 3-7, the Broncos sit in last place in the AFC West just two years removed from a Super Bowl Championship.