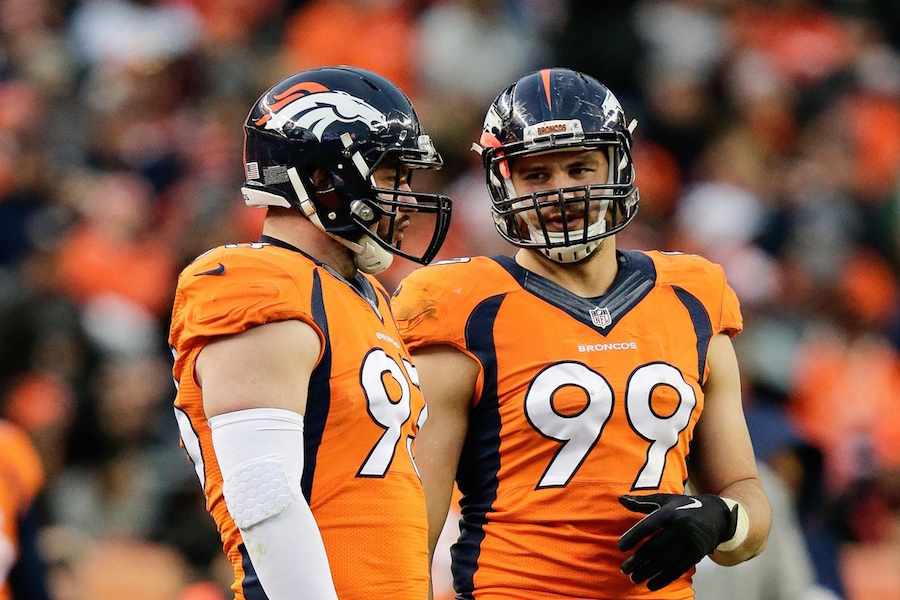 The Broncos will open training camp in one month looking to decide which players they want rotating in and out of the interior defensive line.

With incumbent starter Derek Wolfe stationed on one side of the defensive line, the rest of the line is yet to be determined as training camp draws near.

The starting core for the defensive line could be decided as simply as who manages to stay healthy, thus providing the most effective play against the run. Most notably during the Broncos OTAs and minicamp, the team saw two of its presumed starters injured in Domata Peko and Adam Gotsis.

Though the position group as a whole has mix of young, promising players and seasoned veterans, most fans held their breath as both Peko and Gotsis went down with injury.

Staying healthy for the duration of training camp and into the start of the season will be the most important factor for the Broncos more so than other position groups due to the fact that the unit has already seen injuries occur during the offseason.

Younger players like Gotsis and 2017 second-round pick DeMarcus Walker will need to stay healthy to continue getting playing time and maturing as players. As the Broncos saw with Gotsis last season, spending one’s rookie year battling injuries is a big setback for a player’s growth in adjusting to the game at an NFL level.

With Gotsis and Peko expected to make full recoveries by the time training camp starts, assuming the unit remains healthy for the duration of camp, the next thing that will determine playing time in the rotation of linemen will be who plays best against the run.

Last season the run defense was the Achilles heel of an elite Broncos defense, finishing 27th in the NFL in rushing yards allowed per game.

To better improve against the run, the Broncos signed two key free-agent defensive linemen in the offseason in Peko, Zach Kerr. They also re-signed Billy Wynn.

New defensive coordinator Joe Woods has been impressed with the new look on the defensive line:

“All those guys definitely went home and got in the weight room. They got bigger, they got stronger and they got faster. On all three levels of our defense, so far, we’ve improved. We’re not in pads right now, so once we come back in pads we’ll get a chance to really see where we’re at. So far, those guys have been doing an excellent job.”

The core of the Broncos defense has been an elite pass rush complimented by an elite secondary that can shut down opposing offenses effectively.

However, when teams discovered that they could find success by running the ball, the Broncos’ pass rush was mitigated by game plans of running the ball and throwing quick “dump-off” passes.

Stopping a team on first down sets up longer second and third down scenarios for opposing offenses, which means throwing longer passes into the arms of an always hungry “No Fly Zone.”

And of course, the longer a quarterback holds onto the ball looking for an open receiver, the more likely they are to meet face-to-face with Von Miller or Shane Ray.

What kind of free-agent contract a player signed or how high they were drafted won’t necessarily impact who starts for the Broncos week one.

Whoever can effectively stop the run, penetrate opposing offensive lines and plug up rushing lanes will see the most playing time on defensive line.