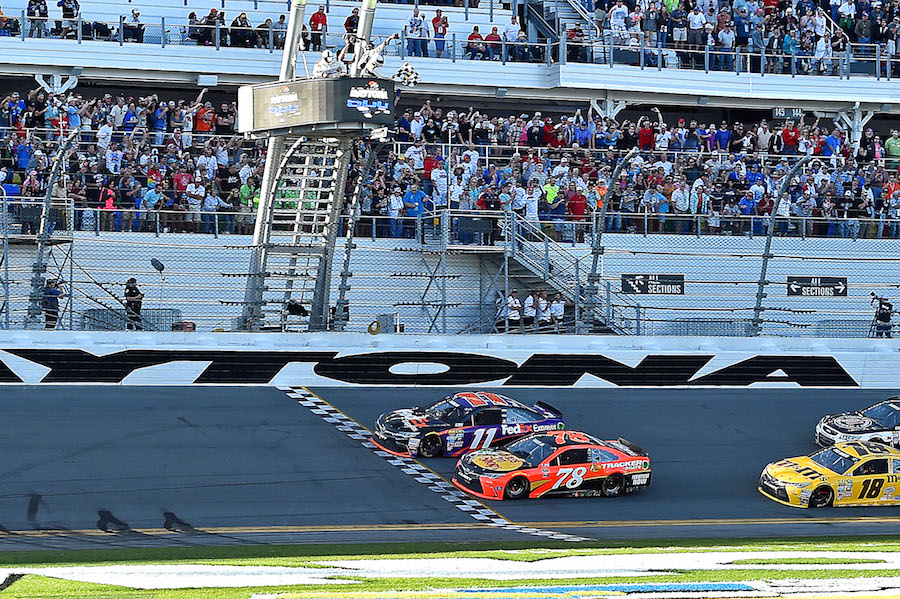 The 2016 NASCAR took some practice laps the weekend of Feb. 13-14, but the official start of the left-turn series was this past weekend with the 58th running of the Daytona 500. And what a start it was. A mere 0.010 seconds separated first and second place, and nearly gave the Denver-based Furniture Row Racing and driver Martin Truex Jr. their first win at Daytona.

It was a thrilling race that nearly saw the Mile High City take home perhaps the rarest “double” in sports. Alas, it was not to be – as Denny Hamlin eked out Truex by mere inches to claim NASCAR’s Super Bowl.

Still, it was FRR’s best-ever finish at the famed speedway and the capper on a great weekend for three Front Range teams. Unfortunately, the weekend also had some not-so-positive outcomes for other teams up and down the I-25 corridor.

Here’s a rundown of the “Studs & Duds” from Daytona weekend.