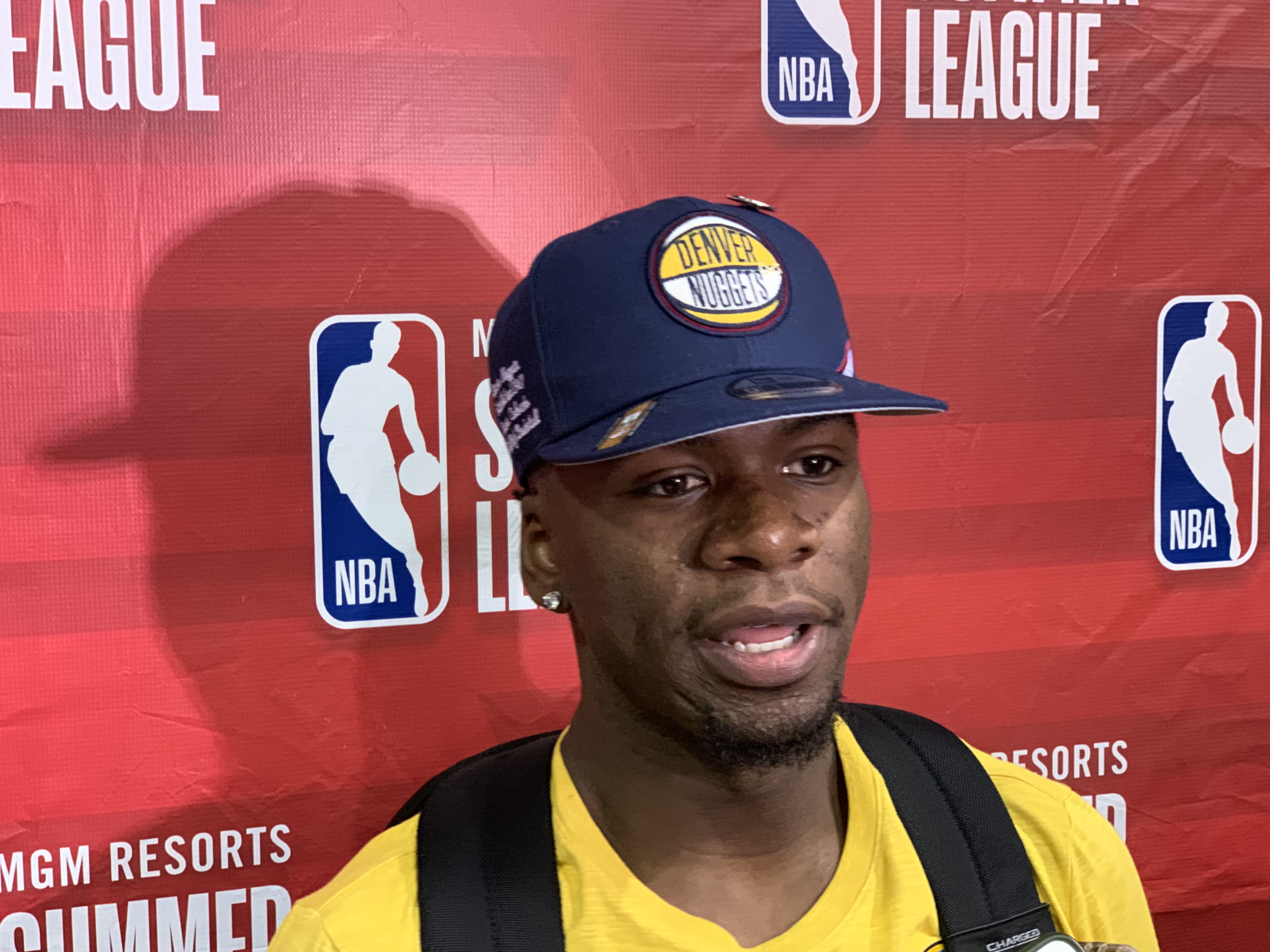 After an earthquake cancelled Denver’s first game of summer league, the Nuggets finally opened play on Sunday with a 84-79 victory over the Orlando Magic.

Denver’s victory came a few days after it was reported that Michael Porter Jr. would miss summer league play with a knee sprain, but that allowed other players to stand out.

One of those players was Vlatko Cancar, who opened the game with four of the Nuggets first six points. Cancar’s play was echoed by his teammates as Denver held an early 6-5 lead with 5:40 remaining in the opening quarter.

Not only was Denver the more energetic team from the get-go, but they did a tremendous job complimenting solid offense, with even better defense. The remainder of the opening period was dominated by the Nuggets as they held a 24-14 lead after 12 minutes of play.

“Our energy from all 10 players that played has been really good, I think we just have to keep getting better from there,” Nuggets summer league head coach Jordi Fernandez said after the game.

Energy was the something the Nuggets showed all night, but Orlando countered as they began the second quarter on a 6-0 run. Denver was still playing exceptionally well as their lead jumped too eight points at the midway point of the quarter.

The Nuggets were getting a ton of production from everyone on the floor, but Terence Davis really separated himself from everyone else. Davis led the Nuggets with 11 first half points as Denver had nine different players score by halftime.

At the break, the Nuggets led 44-36, which had a lot to do with them shooting 50 percent from the field. Denver also shot 50 percent (6-of-12) from three in the first half as Davis led the way with two of them.

It was more of the same to start the second half as Davis opened the third quarter with his third three-pointer of the game. Cancar followed with a three of his own as the Nuggets built their lead up to 12 points just three minutes into the second half.

Denver maintained that double-digit advantage for most of the third quarter, but Orlando continued to battle as the Nuggets held a 59-54 lead through three quarters. Just when it looked like the Magic were back in the game, the Nuggets and Jae’Sean Tate quickly put a stop to it.

Tate opened the fourth quarter with two monster dunks that had everyone in Cox Pavilion on their feet. Both plays sparked everyone on the Nuggets as the momentum quickly shifted back on their side.

The Nuggets rode that momentum over the next few minutes of play, but the Magic would not go away. Orlando cut the Nuggets lead to two points with just over four minutes remaining, but Denver quickly blew things open courtesy of a 7-0 run.

That run was sparked by another three-pointer from Davis as he carried Denver when it mattered most. Thanks to Davis and the strong play by Denver to close the game, they were able to walk away with a 84-79 victory.

“He was awesome. I mean, so happy for him. I said it since day one, he’s an NBA player,” Fernandez said on Davis’ big day. “He proved it today and I think he’ll keep doing it because this kid is mentally really tough.”

Davis was the Nuggets leader offensively as he scored 22 points on 8-of-13 shooting from the field and was 5-of-7 from three-point range to go along with five rebounds. Brandon Goodwin also turned in a strong showing as he chipped in 16 points and dished out seven assists. Cancar was the Nuggets only other player in double-figures as he scored 12 points.

The Nuggets now have a day off tomorrow before they are back in action on Tuesday at 5:00 pm MST against the Boston Celtics. That game will be televised nationally on ESPN2.

According to Shams Charania, Terence Davis is signing a two-year deal with the Toronto Raptors. Davis signs his deal just hours after a phenomenal game in his Nuggets debut.

Davis bet on himself when he went undrafted just a few weeks ago and it paid off Sunday night. This is the second year in a row that Denver has taken a chance on an undrafted prospect — Kenrich Williams — and both players have signed deals with other NBA teams.

With Davis now off their summer league team, the Nuggets will have more opportunities for players like Jae’Sean Tate and Tyler Cook.