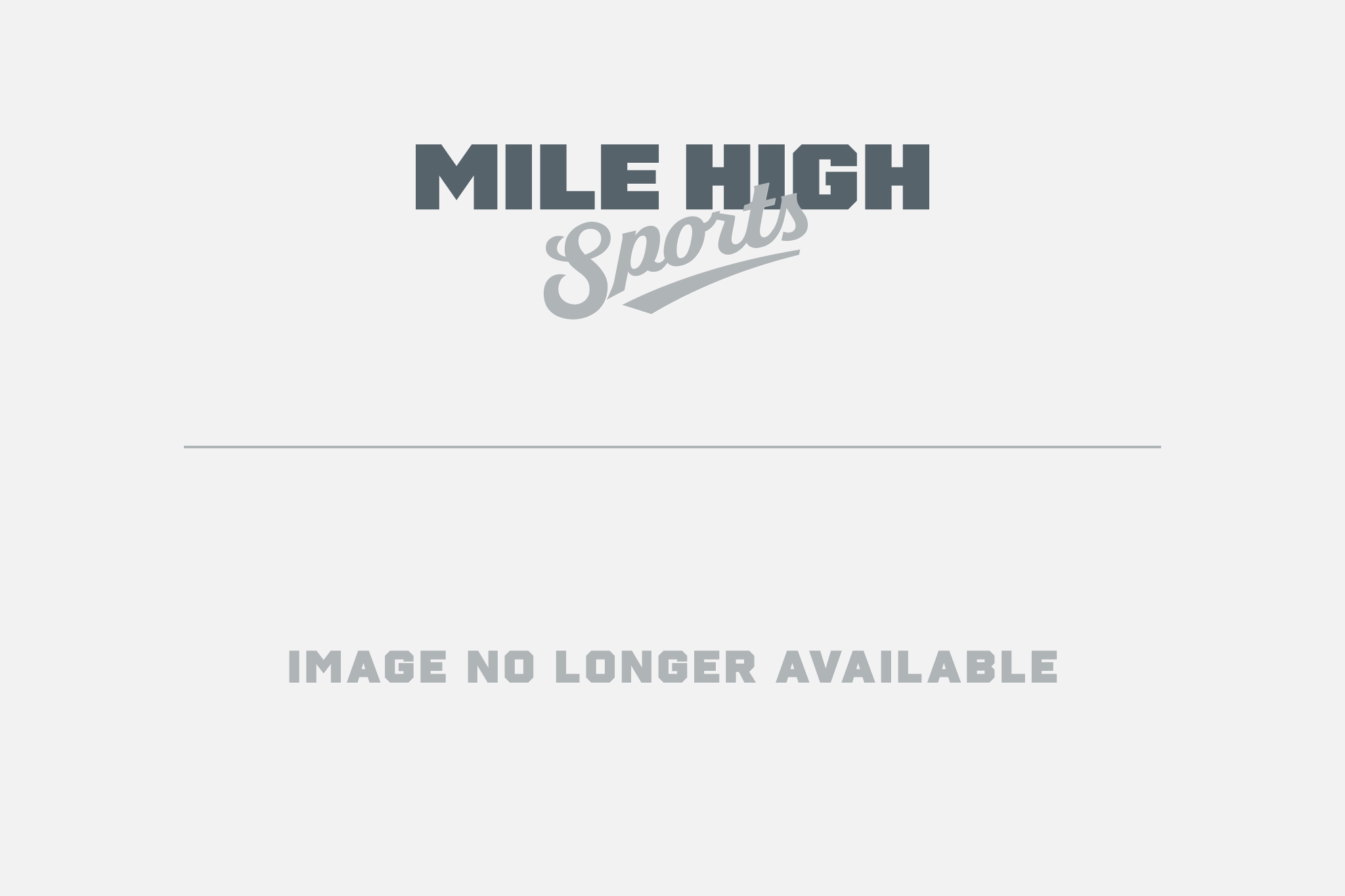 In the past 10 days, the Denver Broncos have primarily been bystanders during the NFL’s annual spending spree known as free agency. While other teams have made headlines by throwing millions of dollars at big-name players, the team that has arguably won the league’s offseason bidding war the past three seasons has been largely inactive.

Yes, the Broncos have made a few moves, but none have been worthy of stopping the presses. Re-signing Virgil Green was nice, but he wasn’t among the top-100 players available on the open market. Adding Owen Daniels seems like a good fit because of his ties to new head coach Gary Kubiak, but the services of the veteran tight end weren’t in high demand. And none of Denver’s other additions – names like Shelley Smith, Darian Stewart, Reggie Walker and Vance Walker – caused anyone in the Mile High City to get the least bit excited.

Meanwhile, plenty of marquee names have walked out the door at Dove Valley. In fact, four players considered among the 30 best free agents available, at least according to NFL.com, have departed. Julius Thomas (third), Terrance Knighton (16th), Orlando Franklin (26th) and Rahim Moore (29th) are all gone, nixing four major contributors from the roster. And two popular role players – tight end Jacob Tamme and defensive lineman Mitch Unrein – have also left the building. That’s a lot of talent removed from a team that won 12 games and a third-straight AFC West title in 2014.

But those two developments, the addition of a bunch of unknowns and the loss of a lot of familiar faces, are not the biggest causes for concern this offseason. Those are simply the result of the Broncos being tight on salary cap space, something that was to be expected due to the fact that they were so aggressive in free agency the past three years. Thus, they’re short-term problems.

By contrast, the largest issue surrounding the team is something that could cause major problems over the long haul. It’s something that could have a negative impact on the franchise for years to come. It’s a development that if left unchecked could begin to fester and turn into a major concern.

The Broncos are developing a bad reputation around the league for how they treat their players. More specifically, they are turning into a franchise that is known for using a guy while he’s under contract and then coldly discarding him when he’s no longer a part of the team’s plans.

To some degree, that approach isn’t a bad thing. After all, teams tend to get in trouble when they make personnel decisions based on sentimentality. In a salary-capped sport, there’s no room for emotion when building a roster; it has to be all about ability and value, which is why it’s much better to get rid of a player one year too early than one year too late. This is a mindset that has served the New England Patriots well during their heyday; yes, Bill Belichick is seen as cold and callous, but he’s a guy who is willing to make a tough and unpopular decision if he thinks it’s in the best interest of the team. And that’s a great thing.

But deciding to go another direction doesn’t have to result in an ugly breakup. It’s possible to part ways cordially, with both sides feeling good about their time together. That’s where the Broncos are falling woefully short. And that’s what could eventually come back to haunt them down the road.

Julius Thomas was a very productive player during his time in Denver, blossoming into one of the best pass-catching tight ends in the league. Was he worth the huge contract that Jaguars gave him to take his talents to Jacksonville? Probably not. But because the Broncos never even contacted his agent after the season, sending a not-so-subtle message that Thomas was no longer wanted by the team, the Pro Bowl tight end left with a bitter taste in his mouth, with his father burning bridges on the way out of town.

He’s not the only one who received the cold-shoulder treatment. The Broncos handled Orlando Franklin the same way, casting aside a player who was integral to the team’s record-setting offense in 2013 and unselfishly moved from tackle to guard when the team asked him to prior to last season. There’s was no attempt to keep him in town, however, as John Elway and Company let him depart for the division rival Chargers, something that didn’t go unnoticed by Franklin.

“I loved Denver,” the offensive lineman told Mike Klis of the Denver Post after signing with San Diego. “(I) had an amazing four years there. (The) fans were great. It just (stinks) that I didn’t have a chance to keep playing there. The fact of the matter is when you don’t get offered a deal, they’re telling you they don’t want you. They didn’t even humor me with an offer.”

Franklin can take solace, however, in the fact that he wasn’t the only player dealt with in a less-than-friendly manner this offseason. The Broncos even played hardball with their best player, a guy who has transformed the franchise the past three years and is destined for a spot in Canton when he retires. They asked Peyton Manning to take a pay cut despite leading the Broncos to a 38-10 regular-season record, two No. 1 seeds in the playoffs, three first-round byes and a Super Bowl appearance during his time in Denver.

But it wasn’t the money in No. 18’s revised contract that was of concern. Instead, the quarterback asking for a no-trade clause, something that his original deal with the Broncos didn’t include, spoke volumes about how little he trusts the organization. Manning and his agent actually thought it was conceivable that Denver would ask him to take less money, only so they could deal him to another team. The fact that they felt it necessary to protect themselves against such a cutthroat move is staggering.

But that’s the reputation the Broncos have right now; there’s a notion around the league that Elway will send anyone packing, without batting an eye in the process. And that’s a problem.

There’s nothing wrong with being shrewd. They’re nothing bad about being calculating. And there’s nothing terrible about being continually trying to upgrade the roster. Everyone involved knows that professional football is a business; they don’t take those things personally.

Would it be that difficult to at least reach out to a player’s agent to see what it would take to get a deal done? Would it be that hard to make a public statement when a long-time contributor decides to leave town, thanking him for all he had done during his years in Denver? Would it kill the Broncos to show a little gratitude to athletes who toiled in the orange and blue, instead of trying to act like they never existed?

That seems like the right way to handle things. And for an organization that has been the epitome of classy throughout the Pat Bowlen era, it seems downright bizarre that the team isn’t going about their business in that manner; they’re rapidly burning through three decades of goodwill, as less and less players view Denver as a place where they’ll be treated well.

Instead, the Broncos are turning into a franchise for mercenaries; it’s a team of hired guns, outsiders who were brought in to replace long-time contributors. It’s an organization that doesn’t promote from within, rewarding years of service with a hefty raise; instead, it’s one that casts players aside once they were due to make big money.

That’s not a model for success.

Eventually, free agents might not want to come to Denver; even big checks can’t overcome a bad reputation, just ask the Raiders. And it’s a tough way to build team chemistry; players who are in it solely for the paycheck tend to scatter when things get tough, just as they did against the Colts in the playoffs.

So if there’s anything to fret about this offseason, it’s certainly not that the Broncos are signing a bunch of no-name free agents. And it’s not even that a lot of talent is leaving Denver with nothing coming back in return.

Instead, the biggest worry about the orange and blue is the way they’re going about their business. A scorched-earth approach, one that destroys everything that might be in the way of the ultimate goal, is unsustainable. That’s a tough lesson the Broncos may soon learn.