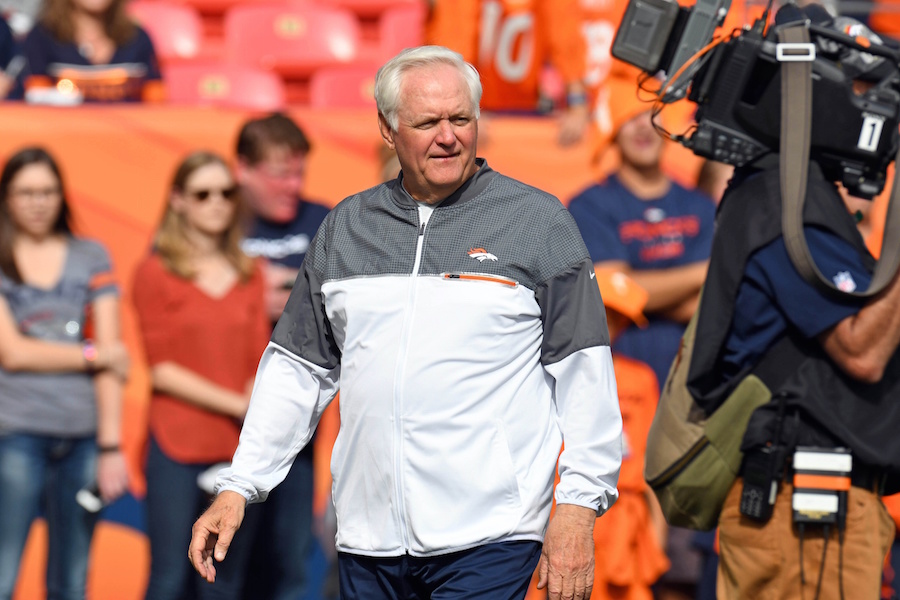 Vic Fangio should not be an NFL head coach.

And now that the Broncos’ playoff hopes are dwindling, so too are the odds that Fangio actually will be when the 2022 NFL season kicks off.

Following yet another “signature” Fangio home loss – this time to the Cincinnati Bengals who, before Sunday, shared the same record as the Broncos – Denver sits at 7-7 and on the outside looking in with regard to a wild, wild playoff race in the AFC. With three games remaining and a pile of teams in a similar or slightly better position, the Broncos still have a shot at making the playoffs.

But it’s not likely.

With one of the remaining opponents being the red hot Kansas City Chiefs, and the other being the 8-6 Chargers (who barely lost to the Chiefs in overtime this week) in L.A., the odds of running the table would appear to be low. The Broncos only break in the remaining schedule is that the 6-7 Raiders will get one less day of rest in preparation for the Broncos because of a COVID protocol issue that pushed their game this week against the Browns to today. But even that game is on the road.

Translation: The Broncos aren’t making the playoffs; furthermore, they likely won’t finish with a winning record.

Anyone in Broncos Country knows that head coaches who don’t make the postseason for three straight years don’t survive. Any coach anywhere rarely survives three losing seasons and an overall winning percentage that hovers just north of .400. And for anyone who was able to stay awake for the 15-10 loss that featured almost as many first-half punts as it did first downs, it’s obvious that Fangio is the same fumbling, bumbling sideline bozo he’s always been. In three years, nothing has changed; Fangio still can’t manage the clock, still misuses timeouts and still makes in-game decisions that leave Broncos fans scratching their heads.

For anyone viewing the situation objectively, Fangio should be as good as gone once the clock shows all zeros against the Chiefs on Jan. 9.

But there are problems. Well, perhaps not problems, but wrinkles. As black and white as this decision appears to be, there’s a grey area.

The first problem is that Broncos first-year general manager George Paton doesn’t necessarily have the same historical perspective that everyone else in Denver does. Paton wasn’t here when Mr. B was handing out pink slips anytime any coach (including Mike Shanahan) had unacceptable stretches of mediocrity or worse. From Paton’s suite, it might appear that Fangio – given a collection of players that Paton has begun to assemble – has done more, not less, than in the coach’s previous two seasons. In other words, there’s been improvement.

Another glaring issue is the offense. Forget the fact that Fangio was allegedly the one who hired his offensive coordinator, Shurmur’s offense has been so bad it’s somewhat tricky to evaluate Fangio. Furthermore, the Broncos have a middle of the road (at best) quarterback. How can a general manger truly evaluate a head coach who has an offense that rarely puts points on the board?

And lastly and most importantly, Fangio’s defense has been solid. From its performance in Dallas that saw the high-flying Cowboys only score 16 points, to yesterday’s shutdown of the Bengals, the Broncos defense has kept Denver in nearly every game this season. If there’s one criticism of Fangio’s defense – as was the case yesterday – it’s that it’s a unit that gives up one big, game-changing play, or can’t make that single stop when it has to. But still (and for the purposes of this argument), Fangio’s “bend but don’t break” defense has been good enough that the Broncos should be winning far more than they’re losing. If there’s one piece of the Broncos that Paton likely doesn’t want to mess with, it’s the defense – and Fangio is the head of that snake.

Try (like hell) to upgrade at the quarterback position. Not easy, but definitely on Paton’s to-do list.

But even if Paton agrees that Fangio shouldn’t be holding a clipboard, there’s a risk in firing him; the defense might take a step back. And it’s not as if head coaches get demoted. They get hired or fired; they don’t often move down the org chart or payroll. So, as ideal in theory as it might be, it’s unlikely that Fangio stays on as a defensive coordinator after being relieved of his head coaching duties.

Hey George, give Wade a call.

Wade Phillips, that is.

And no, Phillips doesn’t need to be the head coach. He merely needs to keep Denver’s already good defense rolling.

Okay, now that that’s settled, let’s get Coach Phillips on the phone and see if he’d be interested.

And why wouldn’t he be? This is the type of defense that Phillips would just love. With an excellent secondary, a solid outside pass rush and big uglies to create that push up the middle, it’s the kind of defense that Phillips has, time and time again, taken deep into the postseason. Wherever he goes, Phillips brings a positive culture and attitude to his defense.

At this stage in his career, it’s unlikely that Phillips would want to take on the responsibilities of being a head coach. Funny thing is, though, that his career record as a head coach is 82-64, and with no team did he have a losing record. The only time his team lost more than it won was in 2013 when he was Houston’s interim head coach and the Texans went 0-3. Even as a head coach, Phillips track record is impressive – certainly more palatable than Fangio’s.

Still, Phillips wouldn’t have to be a head coach. As a coordinator, he’s done far more than Fangio, a lifetime defensive coordinator. If Paton turned over the reins on defense to Phillips – a tried and true fix for defenses all over the history of the NFL – Denver wouldn’t skip a beat on that side of the ball. In reality, the Denver’s D might even improve. And best of all, it would be a hire that would not only work, but it would be wildly applauded in Denver.

From there, Paton can concentrate on improving the offense and the head coaching position. Bring in a hot shot offensive coordinator with some innovation and incentive. Find out who’s capable of calling plays and managing a game. Besides, whoever gets hired will instantly be the beneficiary of a formidable defense run by none other than the great Wade Phillips.

In theory, coordinators don’t make lateral moves in the NFL (it’s actually a rule that requires consent of the team that already employs them), and what upwardly mobile coordinator or quarterbacks coach wants to come into Denver and take over an offense (potentially) quarterbacked by Teddy Bridgewater and work under Vic Fangio? Thanks but no thanks.

The pros and cons of trading Colorado Rockies position players